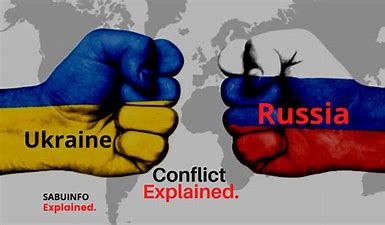 Even with annual defence budgets that soared over $700 billion, coping with an urgent Russian-generated crisis while preparing for a Chinese threat whose peak is still years away presents an enormous challenge for the Pentagon.

“The United States is particularly at risk of being overwhelmed should its military be forced to fight on two or more fronts simultaneously,” said a congressionally mandated study of the Pentagon’s strategy that was issued in 2018 by former military officers and defence officials.

One of them, Kathleen Hicks, is now President Biden’s deputy defence secretary directing the agency’s programmes and plans.

The crisis is already leading the US to move more troops to Europe and will likely prompt it to rethink defence spending levels and perhaps even the size of its armed forces. The era of nuclear reductions may come to an end as the US military establishment argues for a large enough nuclear arsenal to deter both Russia’s formidable nuclear weaponry and China’s rapidly growing nuclear forces, which aren’t limited by any arms-control agreement.

Having to counter both Russia and China will also lead the Biden administration to lean more heavily on the alliances the US has used to augment its global power.

When Messrs Putin and Xi held a summit in Beijing earlier this month, a 5,300-word statement they released afterward took aim at NATO as well as US alliances with Australia and others in Asia for seeking “unilateral military advantages to the detriment of the security of others.”

China has reinforced military outposts in the South China Sea, a vital global sea lane. It is also constructing a nascent network of bases around the world that could be used by its rapidly expanding navy, piggybacking on port facilities being built as part of its Belt and Road infrastructure initiative.

The US is trying to prevent the Chinese navy from gaining its first foothold on the Atlantic, pressuring Equatorial Guinea to spurn Beijing’s advances.

“The United States is going to have to get used again to operating in multiple theatres simultaneously – not just militarily, but in terms of psychology and foreign-policy making,” said Eliot Cohen, a military historian at the Centre for Strategic and International Studies think tank.

Western countries-imposed sanctions on Russia as President Biden said Moscow had begun its invasion of Ukraine. The measures are expected to have limited impact on Russia’s economy, but the US and its allies say they send a strong signal.

As the administration tries to sort through the new challenges, the Pentagon has delayed the release of its national defence strategy intended to spell out plans to deter the US’s great power rivals and its new review of what nuclear weapons to develop and the range of threats they should deter.

Already, debates are emerging among US defence experts on whether the Pentagon should give equal weight to the twin challenges from Beijing and Moscow or focus more on the Pacific.

Beyond the military, the new confrontation with Moscow might also accelerate a further fracturing of economic globalization.

China and the US are trying to unravel supply chains for critical technologies. Should the West impose crippling sanctions on Russian banks and major companies, Moscow is likely to become more reliant on Beijing, which has issued a digital currency and is building a payments system separate from the West’s.

Energy is also likely to become an even greater focal point for national security, owing to Europe’s dependence on supplies of natural gas from Russia, which accounted for 29 per cent of Europe’s natural-gas market last year.

“It is already ending the amnesia about the importance of energy security,” said Daniel Yergin, vice chairman of research firm IHS Markit. “It means a new emphasis on diversification of energy sources for Europe and a new look at US domestic and international energy policies.”

In Europe, the crisis has already rocked NATO, with its secretary-general, Jens Stoltenberg, saying the alliance needs to reconfigure itself to deal with a “new normal in European security.”

At a security conference in Munich over the weekend, Vice President Kamala Harris and other leaders cited the unity that the US and its European partners have displayed in the face of Russia’s actions.

In the short run, NATO officials say, that may mean sending new battle groups to south-eastern Europe and beefing up allied forces in Poland and the Baltic States on NATO’s eastern flank. The 1997 NATO-Russia Founding Act precludes the alliance from permanently stationing additional substantial combat forces on the territory of its new Eastern and Central European members, but could now be repealed.

A recent poll by the European Council on Foreign Relations noted most Europeans see the Ukraine crisis as a broader threat to Europe. Some current and former officials, however, worry that the alliance’s solidarity could fray in the years ahead as it debates the need for greater military spending and wrestles whether its military ties with Georgia might stir new confrontations with Moscow.

In June, NATO is planning to adopt its new “strategic concept” at a summit meeting in Madrid, which will outline the broad principles of how the alliance plans to deal with security challenges in the decade ahead.

It will come as a report by the Alphen Group by former officials and other experts urges that European members of the alliance and Canada provide for 50 per cent of NATO’s minimum military requirements by 2030 so the US can focus more on deterring China.

“Everybody’s unified right now and outraged about what the Russians are doing,” said Alexander Vershbow, a former US ambassador to NATO who also served as the alliance’s deputy secretary-general from 2012 to 2016. “But when we get down to making longer-term commitments to strengthen NATO’s defence posture and potentially revisit nuclear issues, it could become very divisive.”