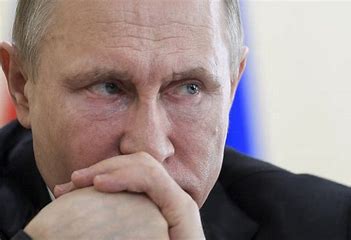 “The primordial interest of the United States, over which for centuries we have fought wars – the First, the Second and Cold Wars – has been the relationship between Germany and Russia. Because united there, they’re the only force that could threaten us. [We must] make sure that that doesn’t happen,” according to George Friedman, STRATFOR CEO, speaking recently at The Chicago Council on Foreign Affairs.

Given what we know about Washington’s opposition to Nord Stream, readers may wonder why earlier in the year the Biden administration lobbied Congress NOT to impose more sanctions on the project.

The answer to that question is simple: Domestic politics. Germany is currently decommissioning its nuclear power plants and needs natural gas to make up for the energy shortfall. Also, the threat of economic sanctions is a “turn-off” for Germans who see them as a sign of foreign meddling.

“Why is the United States interfering in our energy decisions,” asks the average German. “Washington should mind its own business and stay out of ours.”

This is precisely the response one would expect from any reasonable person. Then, there’s this from Al Jazeera:

“Germans in the majority support the project, it is only parts of the elite and media who are against the pipeline…

“The more the US talks about sanctioning or criticizes the project, the more it becomes popular in German society,” said Stefan Meister, a Russia and eastern Europe expert at the German Council on Foreign Relations.” (“Nord Stream 2: Why Russia’s pipeline to Europe divides the West”, AlJazeera)

So, public opinion is solidly behind Nord Stream which helps to explain why Washington settled on a new approach. Sanctions are not going to work, so Uncle Sam has flipped to Plan B: Create a big enough external threat that Germany will be forced to block the opening of the pipeline.

Russian President Vladimir Putin. Frankly, the strategy smacks of desperation, but you have to be impressed by Washington’s perseverance. They might be down by five runs in the bottom of the ninth, but they haven’t thrown in the towel just yet. They’re going to give it one last shot and see if they can make some headway.

On Monday, President Biden held his first joint-press conference with German Chancellor Olaf Scholz at the White House. The ballyhoo surrounding the event was simply unprecedented. Everything was orchestrated to manufacture a “crisis atmosphere” that Biden used to pressure the chancellor in the direction of US policy.

Earlier in the week, White House spokeswoman Jen Psaki repeatedly said that a “Russian invasion was imminent.” Her comments were followed by State Department flak Nick Price opining that the Intel agencies had provided him with details of an alleged Russian-backed “false flag” operation they expected to take place in the near future in east Ukraine.

Price’s warning was followed on Sunday morning by national security advisor Jake Sullivan claiming that a Russian invasion could happen at any time maybe “even tomorrow.” This was just days after Bloomberg News agency had published its sensational and utterly-false headline that “Russia Invades Ukraine”.

Can you see the pattern here? Can you see how these baseless claims were all used to apply pressure to the unsuspecting German chancellor who seemed oblivious to the campaign that was aimed at him?

As one might expect, the final blow was delivered by the American president himself. During the press conference Biden stated emphatically that,

“If Russia invades … there will no longer [be] a Nord Stream 2. We will bring an end to it.”

So, now Washington sets policy for Germany? What insufferable arrogance!

The German chancellor was taken aback by Biden’s comments, which clearly were not part of the original script. Even so, Scholz never agreed to cancel Nord Stream and refused to even mention the pipeline by name. If Biden thought he could sandbag the leader of the world’s third biggest economy by cornering him in a public forum, he guessed wrong.

Germany remains committed to launching Nord Stream regardless of potential flare-ups in far-flung Ukraine. But that could change at any time. After all, who knows what incitements Washington might be planning in the near future?

Who knows how many lives they are prepared to sacrifice in order to put a wedge between Germany and Russia? Who knows what risks Biden is willing to take to slow America’s decline and prevent a new “polycentric” world order from emerging? Anything could happen in the weeks ahead. Anything!

For now, Germany is in the catbird seat. It’s up to Scholz to decide how the matter will be settled. Will he implement the policy that best serves the interests of the German people or will he cave in to Biden’s relentless arm twisting? Will he chart a new course that strengthens new alliances in the bustling Eurasian corridor or will he throw his support behind Washington’s crazed geopolitical ambitions? Will he accept Germany’s pivotal role in a new world order – in which many emerging centres of power share equally in global governance and where the leadership remains unflinchingly committed to multilateralism, peaceful development and security for all – or will he try to prop up the tattered post-War system that has clearly outlived its shelf-life?

One thing is certain; whatever Germany decides is bound to affect us all globally.