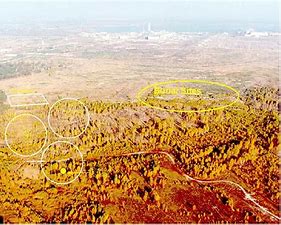 35 years after nuclear leak, some animal and plant species in Russia seem to be faring well after adapting to the radiation

The debate n Chernobyl radiation accident in Russia is largely in the gray area in between: At what radiation levels does significant harm kick in, and for which species? Since different species may respond very differently to radiation, “it’s not black and white,” says radioecologist Christelle Adam-Guillermin of France’s Radioprotection and Nuclear Safety Institute.

Even when animals exposed to extremely low radiation doses show signs of harm, it’s up for discussion whether the troubles can be definitively attributed to radiation itself. “It’s really difficult to have a sharp conclusion,” she says.

Another factor may contribute to the confusion: It’s possible that many of the ill health effects observed in Chernobyl’s wildlife don’t necessarily result from the radiation they’re currently absorbing but are, instead, inherited from their ancestors who survived the fallout from the initial blast in 1986.

Scientists know from laboratory studies that even when small bursts of radiation have no immediate effect on cells, or the cells they give rise to when they divide, cells generations later – the cellular grandchildren, as it were – sometimes develop mutations, die or fail to multiply.

Without inheriting mutations directly, these cells may inherit a greater potential to develop mutations. Researchers suspect this is due to changes in the epigenome – small molecules attached to DNA that influence genetic activity – which can be passed down through generations.

Indeed, in one experiment, Belarussian scientists captured two pregnant bank voles living near the Chernobyl plant and kept them in a radiation-free lab. Remarkably, bone marrow cells of the voles’ offspring showed just as many genetic mutations as those of voles living in highly contaminated areas, even though they themselves were never exposed to strong radiation, the team reported in 2006.

Using statistical models to estimate this ancestral dose from the past, Mothersill, with Timothy Mousseau of the University of South Carolina and others, has concluded that mutations in Chernobyl’s birds today might well be partly caused by their ancestors’ experiences with the blast.

Both Mothersill and Mousseau note that ongoing radiation could still pose an additional stress.

If the theory holds up, scientists have been overlooking a potentially very powerful influence on the biology of creatures around Chernobyl: that any health impacts they are suffering may have little to do with the doses they’re exposed to in their own lifetime, but result from what their ancestors experienced.

This, Mothersill believes, “could reconcile the people that find very dangerous effects and the people who find no effects.”

Added to that is the complication that animals in the zone have probably moved around since 1986, or even come in from outside the zone. The zone, in other words, might be a disorderly hodgepodge of individuals whose ancestors may or may not have been exposed to a given level of radiation, making it difficult to parse out any radiation-related trends.

In another twist, some animal and plant populations might be faring well today because they’ve adapted to the radiation. European tree frogs around Chernobyl are much darker than frogs found outside the area, according to unpublished research by Germán Pereda of the University of Oviedo in Spain and his colleagues. He hypothesizes that since the accident, they have evolved to produce more melanin in their skin to protect themselves from radiation.

Mousseau says he has seen no convincing evidence that animals in the region have adapted to higher radiation levels.

In the same vein, scientists have observed that certain cells of bank voles produce heightened levels of antioxidants, which could help to protect against radiation-induced toxicity. And researchers in Ukraine and the UK have spotted signs that some birch pollen and evening primrose seeds have become better at repairing DNA damage since the late 1980s.

But to truly grasp how life responds to nuclear disasters, scientists will need to dig deeper. Most of the studies to date have relied on correlations between radiation levels and wildlife health.

Instead, researchers should be designing experiments that can more definitively ascertain that radiation is indeed causing the observed effects, says evolutionary biologist Anton Lavrinienko of the University of Jyväskylä in Finland, who collaborated with Mousseau on the vole studies.

“We need to stop generating studies which are scratching the surface,” he says. “This is something that we’re trying to change.”

Until then, blissfully ignorant of the fiery debate around them, wildlife in the Chernobyl exclusion zone will continue to do what they do best: burrowing, hunting, flying and mating in their secluded, radioactive sliver of the Earth. Radioecologists will follow this experiment for decades, and — hopefully — they’ll eventually agree on the results.

In Haiti, when nature is not violent it’s armed criminal gangs that dish out violence, render government irrelevant