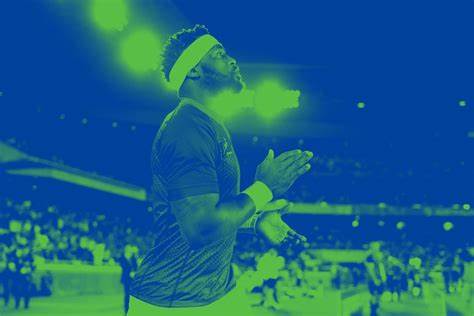 World Rugby has launched a new strategic plan for the advancement and growth of the sport through to 2025.

While recognising the challenges facing society and sport as a result of the Covid-19 pandemic, the plan sets out World Rugby’s long-term mission to support and enhance the game.

World Rugby explains it plan thus, “It builds on strong foundations, with 9.6 million people playing the sport globally and the worldwide fan base increasing by two-thirds in rugby’s established markets and doubling in emerging markets over the past decade to more than 405 million.”

It says the strategic plan aims to welcome existing and new participants beyond the pandemic to unite “the rugby family and strengthen and grow the sport by striving to make it as safe, enjoyable, appealing and accessible as possible at all levels.”

“It focuses on four key areas that are vital to the future prosperity of the sport – Competition, Participation, Engagement and The Game itself.  For each, World Rugby has set a series of game-changing targets that reflect its ambition and values,” it adds.

Player welfare transcends everything that World Rugby does and continues to be the number one priority.

“Throughout the life of the strategic plan,” it goes further, “World Rugby will lead an open discussion with the rugby family and independent experts to continually advance player welfare guided by evolving research, science, and technology. It will continue to lead targeted research to inform and advance injury prevention and mental wellbeing and drive player welfare-centred law review and trials to further protect players at all levels of the game.”

Alongside this, World Rugby says it 4will collaborate with the global rugby family to evolve the game to ensure it is attractive and relevant to a new generation of participants. This will include exploring ways to supercharge sevens, enhance the community game and further develop the non-contact offering for emerging nations, where shorter formats such as Touch and Tag are attracting newcomers to the sport. Recent Nielsen data demonstrates that in some nations two-thirds of new rugby followers are introduced via non-traditional formats.

In delivering the plan, World Rugby intends to further tap into the depth and range of expertise across the sport and beyond, building on the increasing number of players, players’ representatives, and coaches on World Rugby’s Committees. Similarly, its Fan Panel, which was launched in 2020, and in-depth research will be used to inform planning and ensure fans remain at the forefront of decision making.

Building on the successful launch of the WXV women’s international competition and planned support for Pacific Islands professional rugby franchises, the plan sets out to advance and unify the men’s international fifteens and sevens calendars to build a stronger and more aligned sport for all. In partnership with rugby’s stakeholders, World Rugby will facilitate discussions and seek to develop a more compelling competition structure and unified approach to test rugby within the July and November windows.

With player welfare central to considerations, World Rugby is reviewing the role and portfolio of its competitions with the objective of increasing global competitiveness and diversifying revenues for the sport. Game-changing targets include the launch of new men’s and women’s emerging nations competitions by 2022 to boost high performance competition opportunities, as well as a revamped sevens rugby ecosystem.

“As the sport looks beyond the Covid-19 pandemic, a key objective for grassroots and elite rugby alike is to facilitate players, officials, volunteers and fans back to the game in a safe and secure manner in all regions of the world. To mitigate the impact on the grassroots game and broaden global development, World Rugby will work in partnership with regions and unions to retain players, with a particular focus on the 15 a side game, building capacity and capability,” the rugby body says.

The plan also reflects World Rugby’s commitment to the success of women in rugby – the single biggest opportunity to grow the sport.

As the halfway stage of the 2017-25 Women’s Development Plan approaches, World Rugby says it will build on the progress that has already been made in all areas, from leadership to competition, grassroots to commercial, and extend the success of the ‘Try and Stop Us’ campaign to further increase the number of women involved in the sport.