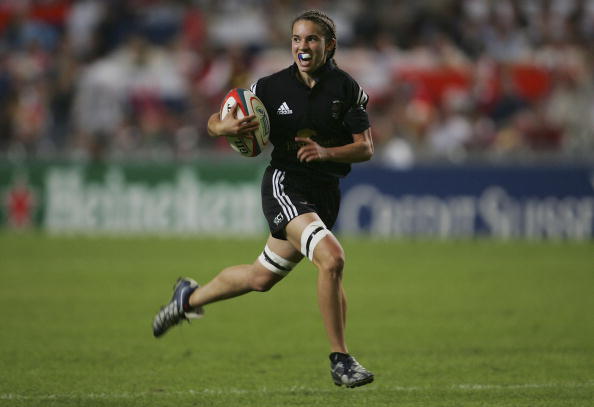 A squad of 22 match officials that will take charge of the women’s and men’s rugby sevens competitions at the delayed Olympic Games Tokyo 2020 was on April 16 announced by World Rugby, just 100 days to the kick off in Tokyo Stadium on July 21, this year.

Among the match officials are representatives from 12 countries spread across four continents and consists of eight female referees. The group has highly experienced referees and exciting young talents who are making debuts on the Olympic stage.

Both Sara Cox and Amy Perrett were involved in the Olympic Games Rio 2016, with Perrett having refereed the first-ever Olympic rugby sevens match and also the women’s bronze medal match. In a clear demonstration of progress, six of the selected match officials gained invaluable experience at the Youth Olympic Games 2018 in Buenos Aires. Among them is Portugal’s Paulo Duarte who took charge of the men’s final.

The individuals were selected by the World Rugby’s Match Official Selection Committee following a comprehensive review of their performances and fitness. All selected referees have proven themselves on the annual HSBC World Rugby Sevens Series and many also featured at Rugby World Cup Sevens 2018 in San Francisco and the Gold Coast 2018 Commonwealth Games.

The group also consists of five internationals who have swapped the playing shirt for the whistle.Selica Winiata is a current Black Ferns player who has been capped 40 times and is aiming to compete at the Rugby World Cup on home soil next year. She was a Rugby World Cup winner in 2017, scoring two tries in the final at her second Rugby World Cup.

She is also a former Black Ferns Sevens player, becoming Rugby World Cup Sevens champion in 2013 and runner-up in 2009. She has since refereed at four events on the HSBC World Rugby Sevens Series and impressed when refereeing at the Oceania Rugby Women’s Sevens Championship in November 2019.

Also making the conversion from player to referee is Julianne Zussman who scored 18 tries in 44 tests for Canada and played in three Rugby World Cups, claiming a runners-up medal in 2014. Madeleine Putz played for Australia, including twice at Rugby World Cup 2014.

The full match official squad for the Olympic Games Tokyo 2020 rugby sevens is:

Jeremy Rozier of France was due to be selected for the men’s tournament but has withdrawn through injury sustained in training. Japan’s Nori Hashimoto will perform the role of assistant referee in Tokyo.

It has also been confirmed that Hollie Davidson (Scotland), Sam Grove-White (Scotland), Sara Cox (England), Richard Haughton (England), Adam Jones (Wales), Craig Evans (Wales) and Paulo Duarte (Portugal) will officiate at the World Rugby Sevens Repechage in Monaco on 19-20 June, which is the final Olympic qualification event at which the last two women’s and one men’s team for Tokyo will be decided.

World Rugby High Performance Sevens Referee Manager Paddy O’Brien said, “We have selected a match officials’ squad that consists of a mix of experience and youth, with selection based on merit following a thorough evaluation of performances and I thank all those involved in the process.

“Just like the players, coaches and teams, the match officials are preparing and training hard in order to arrive in Tokyo in peak physical and mental condition to perform to the very best of their abilities for what will be a career highlight for all involved.

“We are proud of the leading position that rugby enjoys in the mutual respect and values demonstrated between match officials and players. The Olympic Games present an excellent opportunity to showcase the very best of rugby on the greatest sporting stage on the planet and I have confidence that the individuals announced today will represent themselves and the sport with great integrity, skill and pride in Tokyo.”

To ensure both the teams and referees are as best prepared as possible for the Olympic Games – and thanks to support received from the International Olympic Committee – World Rugby is investing $4 million into Olympic qualified unions’ sevens programmes and towards the costs of hosting a number of high-performance preparation events, such as the tournament in Dubai.

Australia and Fiji are reigning women’s and men’s Olympic champions respectively following their victories in Rio, and the competition for medals has never been closer with the HSBC World Rugby Sevens Series showcasing in recent years that a wide number of teams are capable of reaching the medal podium. This includes the hosts Japan, whose men’s team finished fourth at the Rio 2016 Games and were champions of the inaugural HSBC World Rugby Sevens Challenger Series in 2020 before the onset of the pandemic.

The inclusion of rugby sevens for the first time at the Olympic Games Rio 2016 had a profound effect on the sport, attracting an estimated 30 million new fans globally and rugby sevens is expected to be one of the most highly anticipated events of the Tokyo Games following the outstanding success of Rugby World Cup 2019 in Japan. It captured the nation’s imagination with record-breaking broadcast audiences and huge numbers of new rugby fans across Japan and Asia.

The men’s competition will take place from July 26-28, with the women’s tournament following on the 29-31 July with the gold medal match happening on ‘Super Saturday’. All the action will take place at Tokyo Stadium, which was the venue for the opening match of Rugby World Cup 2019.