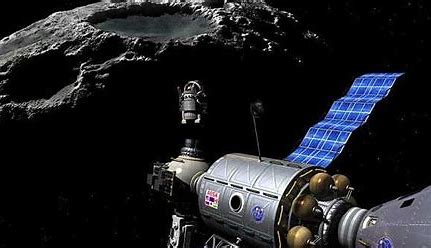 How much do we need humans in space?  How much do we want them there?  Astronauts embody the triumph of human imagination and engineering.  Their efforts shed light on the possibilities and problems posed by travel beyond our nurturing Earth.

Their presence on the moon or on other solar-system objects can imply that the countries or entities that sent them there possess ownership rights.  Astronauts promote an understanding of the cosmos, and inspire young people toward careers in science.

When it comes to exploration, however, our robots can outperform astronauts at a far lower cost and without risk to human life.  This assertion, once a prediction for the future, has become reality today, and robot explorers will continue to become ever more capable, while human bodies will not.

Fifty years ago, when the first geologist to reach the moon suddenly recognised strange orange soil (the likely remnant of previously unsuspected volcanic activity), no one claimed that an automated explorer could have accomplished this feat. Today, we have placed a semi-autonomous rover on Mars, one of a continuing suite of orbiters and landers, with cameras and other instruments that probe the Martian soil, capable of finding paths around obstacles as no previous rover could.

Since Apollo 17 left the moon in 1972, the astronauts have journeyed no farther than low Earth orbit. In this realm, astronauts’ greatest achievement by far came with their five repair missions to the Hubble Space Telescope, which first saved the giant instrument from uselessness and then extended its life by decades by providing upgraded cameras and other systems.

(Astronauts could reach the Hubble only because the Space Shuttle, which launched it, could go no farther from Earth, which produces all sorts of interfering radiation and light.)  Each of these missions cost about a billion dollars in today’s money.

The cost of a telescope to replace the Hubble would likewise have been about a billion dollars; one estimate has set the cost of the five repair missions equal to that for constructing seven replacement telescopes.

Today, astrophysicists have managed to send all of their new spaceborne observatories to distances four times farther than the moon, where the James Webb Space Telescope now prepares to study a host of cosmic objects.  Our robot explorers have visited all the sun’s planets (including that former planet Pluto), as well as two comets and an asteroid, securing immense amounts of data about them and their moons, most notably Jupiter’s Europa and Saturn’s Enceladus, where oceans that lie beneath an icy crust may harbor strange forms of life.

Future missions from the United States, the European Space Agency, China, Japan, India, and Russia will only increase our robot emissaries’ abilities and the scientific importance of their discoveries. Each of these missions has cost far less than a single voyage that would send humans, which in any case remains an impossibility for the next few decades, for any destination save the moon and Mars.

In 2020, NASA revealed of accomplishments titled “20 Breakthroughs From 20 Years of Science Aboard the International Space Station.”  Seventeen of those dealt with processes that robots could have performed, such as launching small satellites, the detection of cosmic particles, employing microgravity conditions for drug development and the study of flames, and 3-D printing in space.

The remaining three dealt with muscle atrophy and bone loss, growing food, or identifying microbes in space, things that are important for humans in that environment, but hardly a rationale for sending them there.

Why, then, do so many people conceive of space exploration as the domain of human rather than robotic explorers?   Both emotional and economic factors promote this attitude.

One major factor is tradition: From Marco Polo to Columbus, from Ernest Shackleton to Yuri Gagarin and Neil Armstrong, we conceive of exploration as requiring the direct engagement of humans. A second is engagement: We naturally relate to humans far more than to machines.

A third is adventure: The difficulties and dangers of human exploration bring a dramatic tension that has always appealed to us.  If Columbus had merely sailed the Atlantic to visit friendly nations in the Americas, his voyages would hardly have captured as much attention from European powers.

And human-led space exploration is inspiring. Children now easily imagine going into space, and from these dreams, great interest in science may arise.  Along with adults, they receive continual stimulation from movies and television programmes that feature humans who travel through space almost instantaneously (while a journey to Mars requires six months) and meet extra-terrestrial beings who almost always have humanoid characteristics (not least because actors in costumes cost less than computer-generated aliens).

Ownership provides a key motivation. Just as Spain and Portugal vied to control the New World until the Pope drew a line of demarcation, modern nations seem ready to assert claims to portions of the moon, most notably over the “Peaks of Eternal Light,” mountains near the lunar south pole where the sun’s rays shine forever.

This competition includes the creation of largescale lunar colonies as arguments for ownership or to mine the moon for material to create enormous numbers of free-orbiting space colonies, a key part of Jeff Bezos’ future plans (the moon’s low gravity strongly favours our satellite over our planet for such purposes).

Along with ownership comes the desire for wealth. Despite the immense distances to be traversed, entrepreneurs dream of obtaining rare and useful materials, from a rare isotope of helium (for nuclear fusion) to the rare-earth elements, available from only a few terrestrial locations (primarily in China), which have become essential for products ranging from cell phones to electric cars to fighter aircraft.  Intriguingly, except for helium-3 buried in lunar soil, certain metal-rich asteroids with orbits that bring them comparatively close to Earth offer the most promising objects for such mining.

Many of these motivating factors spring from deeply imbedded attitudes, relatively insusceptible to logic. The issues of ownership and wealth, however, spring directly from the conquest and exploitation of Earth’s resources, whose long and effective histories have profoundly altered our planet.

(The best argument against long-term plans to “terraform” Mars by creating a more Earth-like environment remains the sad result of our “terraforming” Earth.)

Regardless of whether one approves of them, both ownership claims and mineral extraction can be successfully prosecuted with machines. This also applies to scientific activities. For example, astronomers would dearly love to construct a giant radio telescope on the far side of the moon, which would screen out terrestrial radio interference marvelously well.  In the near future, robots could build this telescope more efficiently and much more cheaply than humans.

For the foreseeable future – 20 years or more – human ventures into space will not be routine tourism. The space shuttle had two crashes in 135 launches. The American public was upset that publicly-funded civilians had been exposed to this nearly two per cent risk of death.

But privately sponsored adventurers will gladly accept these odds. There will even be volunteers for one-way trips to Mars. We will all cheer these brave pioneers, while realising that scientific discoveries, building large structures and the space-borne technologies that we rely on every day can be done more cheaply and effectively by robots, with no risk to human lives.

Brain’s ability to think, write poetry, fall in love and envision higher spiritual realm are a mystery to the mind

AI on the cusp of generating fluent language from data processed by emerging technologies, but for the better