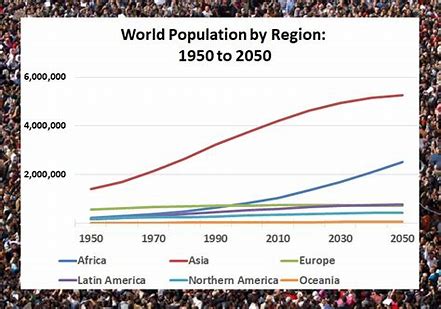 The 1980s were a puzzling time for would-be parents in Singapore. The government initially told them to “Stop-at-Two” and backed up the policy with a series of measures to deter couples from having three or more children. It increased hospital fees for the delivery of third babies and withdrew maternity pay.

In March 1987, officials performed a demographic U-turn. Under the awkward slogan “Have Three or More (if you can afford it)”, the scales tipped abruptly towards those with larger families, who were now given priority for schools and housing.

Singapore is a dramatic example, but far from unique. Across the world, to secure a stable financial future, governments are desperate to keep national population numbers in a Goldilocks zone: not too many, not too few. And many of these policies are based on computer simulations of how future population numbers will rise and fall.

For decades, the most influential of these projections was produced by a small group of population modellers at the United Nations. But in the past few years, rival groups have developed their own techniques and produced their own results, which vary considerably and have generated bitter disputes in the field.

The UN says world population will plateau at 10.9 billion by the end of the century. The other groups forecast earlier and smaller peaks, with global population reaching 9.7 billion by 2070 and then declining.

The difference poses a conundrum for governments, companies and others trying to plan for everything from investment in infrastructure and future tax income, to setting goals for international development and greenhouse-gas reductions.

No matter which model is used, the most important data are precise numbers of who lives in each country today — and researchers are developing ways to improve these tallies. This is crucial, not only to provide a solid baseline from which to project into the distant future, but also to develop policies for today, such as allocating Covid vaccinations and providing adequate numbers of school places.

And the pandemic has complicated things by delaying some censuses and potentially changing predictions for life expectancy and birth rates, at least in the short term. That adds up to a growing research and policy interest in the planet’s human resources.

“Every government is interested in what is going to happen to their population in the next couple of decades, for pragmatic economic reasons and planning needs,” says Tomáš Sobotka, a population researcher at the Vienna Institute of Demography.

All estimates of population start with the same question: how many people are alive right now? Attempts to answer that question go back to 4000 BC, when the Babylonians used a census to work out how much food they needed to feed their people. Ancient Egyptian, Roman and Chinese societies all carried out regular counts.

Earlier this year, both China and the United States reported results from censuses carried out in 2020. Many more countries were scheduled to release results this year but have been delayed by the ongoing Covid-19 pandemic.

“China and the US were very much the exceptions in getting their censuses done,” says Patrick Gerland, who leads demographic work at the UN Population Division in New York City, which produces the UN projections.

Both the United States and China reported that they are experiencing record low levels of population growth. Those results made headlines, but they are in line with what demographers expected, says Gerland. That’s because both countries track and produce regular, reliable data on births and deaths, which allow population researchers to monitor trends in almost real time.

With census results or other population counts as a baseline, demographers forecast the various ways in which the number of people will change in coming years. Beyond births and deaths, researchers also predict how many people will enter or leave a country over time.

Like all simulations of future events — from climate change to the course of an epidemic — population predictions get less reliable as they are projected over longer time periods. For demographers, projections over the next 20-30 years are usually considered to be very good because most people who will be alive in a few decades’ time have already been born.

And birth, death and migration rates are fairly easy to extrapolate over that period from recent trends.

These short- to medium-term predictions do remain vulnerable to shocks, however. Demographers are racing to understand the impact of the Covid-19 pandemic, for example. In some of the worst-hit countries, the large number of deaths in a relatively short period has already had an effect in lowering life expectancy.

With migration suspended between most countries, the biggest other factor in these post-pandemic calculations of population is the impact on births. Called the fertility rate, the number of children each woman has on average is a totemic figure in demography.

That’s because, with death rates and migration usually fairly stable in comparison, large swings in the fertility rate tend to dominate both the actual size of a population and predictions of how that population will shrink or grow in future.

When Singapore, for example, first urged each family to have only two children at most in 1972, the fertility rate in the country was estimated at 3.04 and was forecast to rise sharply. By 1986, just ahead of its policy U-turn and plea for more babies, fertility had plummeted to 1.43. It dipped as far as 1.14 in 2018 and today remains at a worryingly low 1.23.

To maintain a stable population without immigration, a country’s fertility rate needs to be at the ‘replacement level’ of 2.1 births per woman.