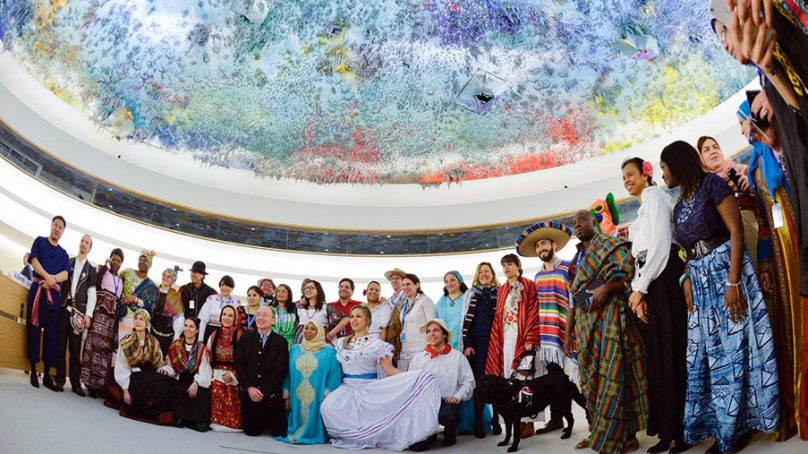 As the impact of our species on the natural world intensifies, so does the knowledge of our dependency on it: from crop-pollinating critters and wild fish populations that nourish millions, to ecosystems that inhale carbon emissions and filter air and water.

These connections have bolstered a legal argument around the importance of a healthy environment — that is, intact ecosystems and animal and plant populations, as well as a stable climate. To John Knox, an expert on international environmental law and human rights law at Wake Forest University, a healthy environment is as important to human life as freedom of expression, health, work, education and other rights generally accepted under international human rights law.

Between 2012 and 2018, Knox was appointed by the United Nations to investigate the relationship between human rights and the environment as an independent expert and special rapporteur. As he concluded his term, Knox urged the UN General Assembly to formally recognize the right to a healthy environment through a treaty or resolution. Yet the right to a healthy environment still remains a “missing human right” at the UN level, Knox writes in the 2020 Annual Review of Law and Social Science.

Over 150 of the 193 UN member nations already recognise the right to a healthy environment, either through constitutions, general legislation or regional human rights treaties – albeit with varying degrees of enforcement and impact. Recognising the right at the UN level, Knox argues in an interview with Knowable Magazine, could help communities around the world make more powerful legal arguments to preserve nature. This conversation has been edited for length and clarity.

This idea that we all have a fundamental right to a healthy environment — where does that come from?

The idea has really been around since the dawn of the modern environmental movement in the late 1960s and early 1970s. Since then, many countries have adopted the right in their constitutions. And in the past 25 years, you have thousands of decisions from courts around the world interpreting the constitutional right to a healthy environment.

How do we decide what counts as a human right? And why should nature – or a healthy environment – be included?

Every single human right you might want to exercise depends on having some place where you can live. You can’t really have a life of dignity, freedom and equality without having some minimum environmental standard.

How far has this right spread around the world?

In the United States and some other influential countries, this right has never been included in the national constitution. And the United Nations has never recognized it.

In the countries that already recognise this right, what impact is that having?

David Boyd, who later became my successor at the UN, wrote a book, The Environmental Rights Revolution, in which he looked at the worldwide spread of the right to a healthy environment. He found that countries that had adopted the right tended to perform better across a whole host of different environmental indicators.

For example, in Costa Rica, the constitutional right to a healthy environment is cited by legal experts I’ve spoken with as being one of the main reasons why the country’s environmental policies are as strong as they are. Of course, there’s always a question about causality – maybe countries already more interested in protecting the environment are more likely to adopt that right.

The constitutions of many nations recognse a human right to a healthy environment, either explicitly or because their courts have ruled that such a right is implied by other constitutional rights (light blue). Other nations have enshrined the right in legislation or as part of international treaties (dark blue). A few countries — notably major industrial nations such as the US, UK, China, Japan, Canada and Australia — have not recognised this human right (grey).

A human rights perspective also gives you a way of applying an already developed area of law without having to create everything from scratch and a path into forums that might not otherwise be open to discussing environmental issues. Courts will listen to human rights arguments.

In a remarkable decision in December 2019, for instance, the Dutch Supreme Court held that the government had failed to comply with its climate change obligations under human rights law and ordered it to reduce its greenhouse gas emissions more quickly. I doubt that would have been possible without casting climate change as a human rights issue.

What difference would it make to acknowledge this right at the UN level?

For one, things would be much simpler if I could just say, “There is a human right to a healthy environment,” rather than having to argue how other human rights depend on environmental health. I think that’s actually quite important.

It would also clarify the basis for United Nations institutions to examine this right. The United Nations Human Rights Council has something called the Universal Periodic Review, through which it reviews the human rights record of every country.

Environmental issues do come up because they’re related to other rights. But if you had a human right to a healthy environment, it would be a much more logical review process.