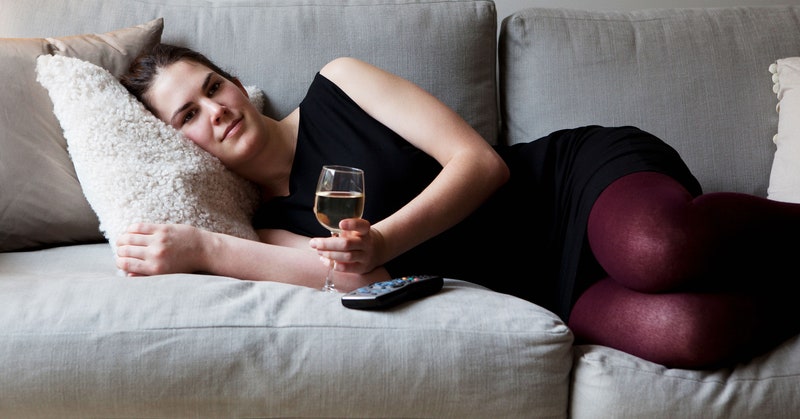 As October ushers in National Breast Cancer Awareness Month, the social media campaign Drink Less for Your Breasts stands out like a red flag against a cheerful tide of pink ribbons, especially the ones printed on labels of alcoholic beverages.

This is the time of year when some craft brewers tint their beer pink, and rosé bottles and cocktail menus display the iconic ribbon, touting companies’ donations to breast cancer organizations. Drink Less for Your Breasts reminds women that alcohol actually contributes to breast cancer risk.

The social media campaign, which just relaunched after its debut in February, targets young women and appears to be the first of its kind in the US. One video, featured in a Facebook ad, shows a young woman dancing in a nightclub with a cocktail in her hand. She smiles as she heads for the restroom to take a break, but when she looks in the mirror, instead of her bouncy dark curls, she sees a sombre, bald version of herself with an IV pole and drip bag.

Horrified, she reaches up to touch her hair as her reflection reaches through the mirror and puts her hand over the cocktail glass. “Alcohol increases your risk of breast cancer,” a female announcer intones. “Drink less for your breasts.”

The campaign is also designed around “edu-grams,” or educational Instagrams, which relay sobering information to urge women to cut back, then links to the campaign website for more details. There’s no specific limit for what “less” means, and no push for abstinence, but based on past epidemiological studies, the Drink Less campaign estimates that over time even one drink a day – the limit recommended by US dietary guidelines for women – raises breast cancer risk by 14 percent.

There is a rider through: An individual’s overall risk is shaped by other factors as well, so that increase would be more significant for a person with a family history of breast cancer. And it’s important to note that cisgender women are not the only people who can develop breast cancer. So can transgender and nonbinary people, and cisgender men, although men’s overall risk is much lower and the link with alcohol is less clear.

The group’s website provides the definition of one drink: 14 grams of alcohol, which typically means one 12-ounce beer, one five-ounce glass of wine, or a 1.5-ounce shot of spirits, such as gin or whiskey. A stronger craft brew or a heavier pour of alcohol counts as more than one drink.

The campaign’s takeaway is posted on their website: “You can’t control things like being born female, or your genes, or when you got your period – all things that increase your risk of breast cancer. But you can control how much you drink. So why not control what you can?”

According to a 2020 analysis of a Centers for Disease Control and Prevention survey, only about one in four women aged 15 to 44 knows that alcohol is a risk factor for breast cancer. Priscilla Martinez, who is leading the Drink Less campaign, would like to change that.

“My goal was to prevent a young woman of today who uses alcohol, like many women do, from finding out in 20 years that she has breast cancer and wondering why,” says Martinez, a public health researcher who typically studies racial and ethnic health disparities related to alcohol at the Alcohol Research Group, a non-profit based in Emeryville, California.

“To me, it’s also an equity issue. Society has this information about a potential consequence of this behaviour, and the women at risk don’t know about it.”

About 250,000 US women received a breast cancer diagnosis in 2018 (the most recent statistic), and 42,465 died of it. That makes breast cancer the second most common cancer (after skin cancer) and the second deadliest (after lung cancer) in women.

In a 2021 paper published in the journal The Lancet Oncology, researchers from the International Agency for Research on Cancer (IARC) in Lyon, France, calculated a “global burden of cancer in 2020 attributable to alcohol consumption” based on prior research on alcohol-linked cancer risk, per capita alcohol consumption, and country-specific data on cancer cases.

By their estimate, 14,000 new cases of breast cancer diagnosed in the US in 2020 could be attributed to prior drinking.

Research shows that overall cancer risk rises with heavier drinking, even for women who don’t drink every day. Binge drinking – four or more drinks at one sitting – is, in itself, associated with higher breast cancer risk.

University of Wisconsin oncologist Noelle LoConte has long felt that the link doesn’t get enough attention – even among oncologists. She is the lead author of a 2017 statement on alcohol and cancer from the American Society of Clinical Oncology, which calls on these specialists to take the lead in addressing “excessive exposure to alcohol” through education, advocating for policy changes, and research.

Alcohol raises the risk of head, neck, oesophageal, liver and colorectal cancers, in addition to breast cancer, likely due to the way it is metabolised, the statement explains. Ethanol undergoes a biochemical reaction that produces acetaldehyde, which is then broken down by another enzyme called aldehyde dehydrogenase and excreted from the body.

Some people, particularly those of East Asian descent, have a less active form of the enzyme, which allows the acetaldehyde – a probable human carcinogen – to circulate longer in the body, potentially putting them at greater risk of cancer. Acetaldehyde can damage DNA, causing changes that can lead to cancer.

“Women need to know this,” says LoConte. “They need to make choices with the right information.”