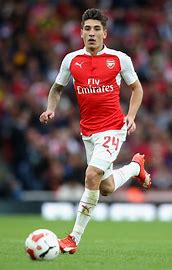 Arsenal have their sights set on offloading four further stars before the transfer window closes, and a deal for the first name on that list is reportedly ‘close.’

Arsenal were buoyed in recent days with the news of the double capture of Martin Odegaard and Aaron Ramsdale. Odegaard arrived on a permanent deal worth an initial €35 million ($37.4 million) after excelling on loan last season.

Ramsdale, meanwhile, set the Gunenrs back an initial £24 million ($32.7 million) and at that price, is expected to be given ample opportunities to become the club’s new No. 1 goalkeeper. With the club’s summer spending now reaching beyond £125 million ($170.3 million), further arrivals would appear unlikely this summer.

Instead, the club have their eyes firmly fixed on trimming the fat of their squad. We reported on Friday three Arsenal first-teamers have been put up for sale. Trusted source Fabrizio Romano recently confirmed that trio (Willian, Hector Bellerin and Lucas Torreira) are surplus to requirements.

However, the Italian also noted out of favour full-back Sead Kolasinac is up for grabs. And per Romano, the 28-year-old Bosnian could soon be set for a reunion with divisive ex-Gunner, Mesut Ozil.

Romano tweeted talks are ‘ongoing’ between Arsenal and Fenerbahce over the left-back. Football London take the story a step further, claiming a deal is ‘close’ to being agreed.

The exact nature of the deal is unstated by both sources. However, with just one year remaining on his contract, either a loan or permanent deal would seemingly indicate Kolasinac has played his last game for Arsenal.

He spent last season on loan with Schalke, but their relegation from the Bundesliga laid waste to any hopes of making his stint a permanent one. Ozil is said to have given his ‘seal of approval’ to Fenerbahce chiefs over a Kolasinac move.

“Aaron is a really talented young goalkeeper with huge experience,” said Arteta in his pre-Chelsea press conference on Friday.

“He’s going to bring competition which is what we want. Healthy competition, quality competition. We wanted a goalkeeper there and we ended with Aaron.”