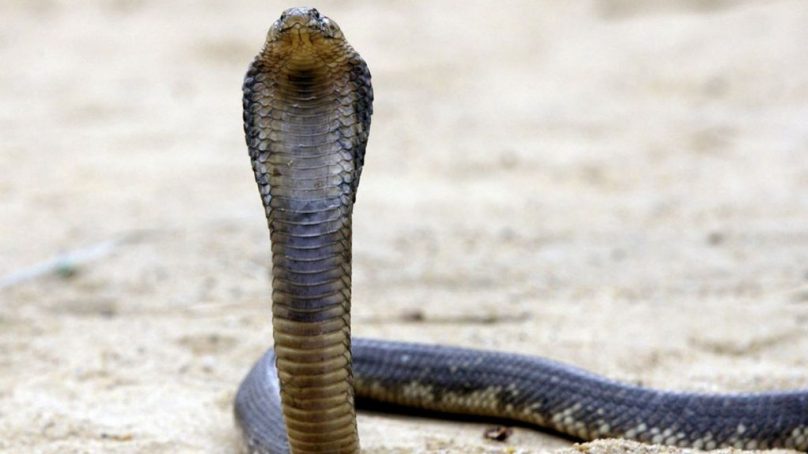 Poor and often stashed far away from medical facilities, pastoralist communities in Kenya’s arid and semi-arid regions have over generations depended on vegetal remedies for envenomation.

With decentralisation of medical services seven years ago, regional governments in the devolved units are stocking antivenom to deal with the menace that has been upscaled to an endemic, hitherto managed with herbal therapies. Dependence on vegetal therapy looks unlikely to die any time soon despite the growth in modern healthcare facilities.

About four-fifths of Kenya’s landmass is inhabited by livestock-keeping nomadic communities, which report frequently snakebites and other poisonous creature bites.

Baringo county government is one of the more than 30 counties out of 47 that has reported having fully stocked health facilities in snake bite hotspots with anti-venom.

Baringo County Governor Stanley Kiptis rates snakes as a serious threat to residents of counties in the expansive Rift Valley that runs the length of the county from Turkana county in the north to the Kajiado in south, bordering Tanzania.

Residents of the Rift Valley and the plains east of the capital Nairobi fear going about their daily activities owing to the ever-looking snake attacks.

Kenya’s ministry of health recognises herbal therapy as legal “alternative medicine” but little has been invested in the sector to determine the efficacy of the plants used in the management of diseases by communities with limited access to modern healthcare.

In recent research findings published early this year in Hindawi, a toxicology journal, Kenyan scientists say that, even with modern anti-venom available, access to health facilities remains a major challenge because of poor infrastructure, nomadic lifestyle and qualified manpower to administer the medicine.

More poignantly, side-effects of modern medicine, render it unattractive to indigenous communities that still regard vegetal antivenom as the best and more viable option. Hindawi reports that snake “envenomation is one of the neglected tropical diseases that has left an intolerable death toll and severe socioeconomic losses in Kenya.”

Consequently, there are concerted “efforts to identify some anti-ophidic East African botanical species” to generate “ethnobotanical information on antivenom plants reported in Kenya…to identify potential species that could be subjected to in-vitro and clinical studies for possible development into antivenoms.”

Data obtained through searches in multidisciplinary databases indicates that 54 plant species that belong to 45 genera that are distributed among 27 families, are used to manage snakebites in Kenya, according to Hindawi.

The World Health Organisation (WHO) estimates that every year 5.4 million people are bitten, with up to 2.7 million envenoming. In a documentary titled “Minutes to Die”, WHO says 125,000 people die from snakebites every year and 20,000 of those deaths are in Africa, with Kenya accounting for 1,000 deaths.

The report says further that, while most snakes will slither away to avoid people, the puff-adder, which camouflages itself to avoid detection because it does not move fast, is the most lethal among the species found in tropical Africa. It is most frequently stepped on when people are coming home or visiting outdoor bathrooms at night.

The black mamba comes second and its venom takes hours to cause death, but this can easily be prevented with prompt administration of antivenom. The black mamba is the world’s largest and fourth most venomous snake.

The third dangerous species in Kenya is the cobra. According the Kenya Wildlife Service (KWS) reports, the black-necked spitting cobra is common and mostly spits venom into the eyes of the victim. The venom of this snake is potently cytotoxic causing pain, swelling, blistering and possibly tissue damage. Most people are bitten by these snakes while trying to kill them.

It is against this backdrop that Baringo Governor Stanley Kiptis says residents of areas where snakebites are prevalent like Kerio Valley, Saimo Soi, Sandai and Loboi will be given priority in the disbursement of antivenom to functioning health facilities.

The governor observed that to upscale proactive approach in dealing with the danger posed by snakebites, he had instructed the department of health to ensure that every region inhabited by lethal snakes like the black mamba, the cobra and the puff-adder, has a standby response team. The team will be the first line of treatment to save lives.

In its revised Wildlife Conservation and Management Act, Kenya’s wildlife agency KWS notes that compensation claims for venomous snakebites account for 81 per cent of all human-wildlife conflict claims. Sometimes the claims run into hundreds of millions of dollars, which has compelled the Ministry of Tourism and Wildlife to declare snakebites a “crisis that threatens a bankrupt country.”

The claims precipitated the ousting of snakebites from the zoological list of compensable human-wildlife conflict claims.

Other than the Rift Valley counties, counties in the northern-eastern and eastern Kenya are also hotspots in Kenya with snake envenomation common in Tharaka-Nithi, Taita Taveta, Kilifi, Kitui, Tana River, Wajir, Garissa, Mandera, Machakos, Marsabit, Isiolo and Makueni counties. Hindawi says antivenom sera is the only scientifically recognised treatment for the management of snake envenomation.

“Unfortunately, they are associated with various side-effects and may only be effective if administered within 30 minutes to six hours of the snakebite. Thus, the barriers to solving the menace of snakebites in Kenya range from poor road networks, fragmented records and lack of public health education to the absence of antivenom and poor antivenom preservation facilities in health centres,” Hindawi reports.

Lack of antivenom sera is not unique to Kenya as it is a global challenge that has seen several attempts made to develop snake venom antagonists from other sources to supplement those derived from horses.

In East African, Hindawi reports, some studies show that some antivenom sera on the market were ineffective against some medically important snake venoms.

“Thus, up to 85 per cent of Kenyan snakebite victims seek treatment from traditional medicine practitioners or use rudimentary means to eliminate the venom,” it says.

Most families encountered have been reported to have a potential for treating or avoiding snakebites in other countries, the report says. Apocynaceae, asteraceae, convolvulaceae, fabaceae and myricaceae were cited in Uganda, Tanzania, Pakistan, Ethiopia, Djibouti and Nigeria. Acanthaceae, apocynaceae, asteraceae, euphorbiaceae, fabaceae, rubiaceae and rutaceae are common in Bangladesh, Central America and India.

The use of plants for treatment of snakebites is not novel in rural communities and cases handled using antivenin plants rarely result in death. Antivenom plants used in Kenya are mainly herbs (35 per cent), shrubs (33 per cent) and trees (28 per cent), and the commonly used plant parts are leaves (48 per cent), roots (26 per cent) and stem bark (eight per cent).

The regular use of roots and leaves in antivenom preparations is a characteristic feature of traditional antivenom therapy and some of these plants are named “snakeroot” in some rural communities. Comparatively, embryonal plant parts such as fruits, seeds, buds, bulbs and flowers, which have a reputation for accumulating bioactive compounds that are less frequently utilised, concordant with the reports from other countries.

Antivenom preparations are often decoctions, infusions or poultices applied at the point of snakebite (topically) or ingested orally.

Instructively, few plant species are used against snakebites simultaneously in different locations. This is attributed to abundant distribution of the analogue active substances among the vegetal species, especially those from the family asteraceae and fabaceae.

Some of the plants are also used for killing, wadding off or discouraging snakes from reaching human and livestock abodes. In most instances, the plants produce pungent odours that cause discomfort and disorientation to snakes when they slither over them.

In addition, maintaining a container of water some distance away from the house has been reported for dissuading snakes. Burning of materials such as a piece of cloth has also been noted to discourage snakes, same as tyre burning.

Nearly all the plants identified used in snakebite treatment in Kenya are also useful in the treatment of more than 40 disorders that include inflammation, immunological disorders, digestive disorders, infectious diseases, cancer, metabolic syndrome and wounds.