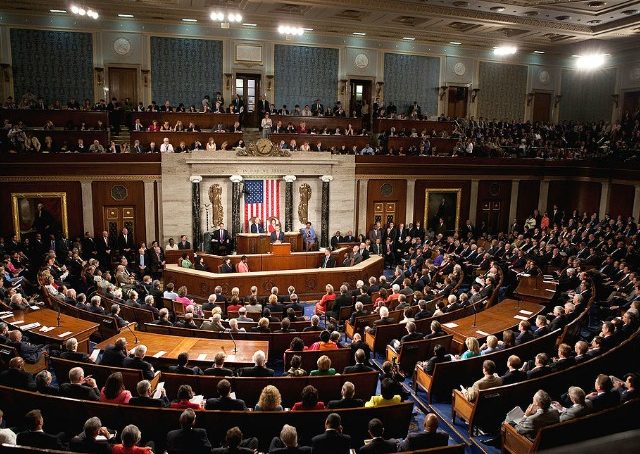 A bipartisan group of senators has agreed on a series of provisions to reform the Electoral Count Act, a move aimed at clarifying the role of the vice president and Congress in confirming the winner of a presidential election in the wake of January 6 chaos at Capitol Hill.

The working group is finalising legislation and expects to release text as early as next week.

“We’re very close. We’ve got a few technical issues that we need to iron out, and I’m very hopeful that we’ll have a Bill early next week – or Bills,” Senator Susan Collins, Republican-Maine, told reporters on Wednesday. “That’s one of the issues that we’re deciding: whether it’s better to introduce more than one Bill or one Bill.”

The working group met on Wednesday afternoon to hash out the remaining issues and are close to a deal they hope both parties can support. Senate Majority Leader Chuck Schumer, Democratic-New York, and Minority Leader Mitch McConnell, Republican-Kentucky, have both blessed the bipartisan talks aimed at closing loopholes in election law.

And Collins anticipates broad support for what they introduce, saying the group has gotten input from the transition councils of both former President Donald Trump and former President Barack Obama’s administrations.

The senators were on the brink of a deal last month but hit pause on talks after a number of members in the election group began negotiating a gun violence prevention Bill. The talks have continued amid public hearings by the January 6 committee in which members argue Trump sought to exploit loopholes in the system to keep power after his 2020 defeat.

The Senate election group has agreed to clarify the law to make clear the vice president cannot unilaterally reject electors and to raise the threshold for members of Congress to object from the current rule of one member of the House and Senate.

They also plan to amend the presidential transition rules to provide essential resources to both major candidates in cases of a close or contested election. The group has also discussed including other provisions.

“We gained consensus on presidential transition, the Electoral Count Act, the responsibility of the vice president about certification proceedings,” Senator Thom Tillis, Republican-North Carolina, was quoted by NBC News as saying.

Tillis said the group has also worked on protecting “voter access” – a demand of many Democrats – largely by affirming and emphasising existing law. He didn’t offer more details.

“We’ve got a substantial base where we agree. We’ve eliminated the things where we couldn’t find common ground,” he said.

One complicated issue for the group has been the “safe harbour” provision – the statutory deadline by which states must certify their election results to ensure they are counted by Congress. Senators have discussed potential changes to clarify the legal requirements for states, but have not publicly said how they’d address it.

Collins said the senators may break the bill apart because of jurisdictional issues – the Senate Rules Committee covers election law and the Senate Homeland Security Committee would have jurisdiction over any reforms related to the Postal Service.

“I anticipate that it would be referred to the Rules Committee, it’s possible that a second Bill might be referred elsewhere,” she said. “For example, we’ve got some postal provisions that have to do with best practices for absentee ballots and would prohibit the Postal Service from shutting down machines right before elections.”

Referring the Bills to relevant committees implies there could be a delay between when they introduce the Bills and when they come up for a vote on the Senate floor.

The working group came together in the wake of the 2020 election due to the pressure campaign on Vice President Mike Pence, which was helped in part by the ambiguity of the Electoral Count Act, especially as it relates to the vice president’s role in the process.

While the group is hoping to address that issue, they’ve also branched out to additional issues that arose from the 2020 election. It’s unclear when the Senate might vote on the package.

Tillis said that’s up to Schumer. He added that a vote in the lame-duck session after the November 8 midterm election was a possibility with legislative days running short.

Senator Angus King, Independent-Maine, said he wants to see votes after the month-long August recess but before the November election.