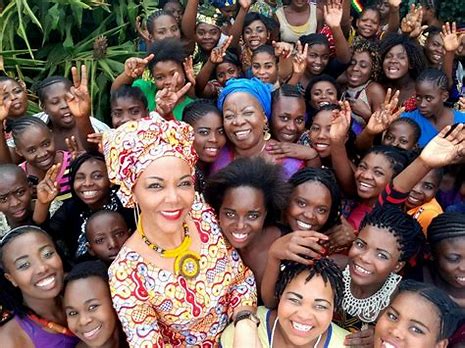 More than half of the projected increase in the global population up to 2050 will be concentrated in eight countries, the UN has said, five of which are in Africa.

The Democratic Republic of the Congo, Egypt, Ethiopia, Nigeria, and Tanzania, the new UN report – World Population Prospects 2022 –released on Tuesday shows will contribute more than half to the increase leading the human population to the 8 billion mark on November 15 of this year.

The report also shows that India is on course to surpass China as the world’s most populous country in 2023.

It suggests that, in 61 countries or areas, population is expected to decrease by at least one per cent over the next three decades, as a result of sustained low levels of fertility and, in some cases, elevated rates of emigration,

High or low mortality in a given country is also a factor in that country’s overall population growth: the longer people live, the more time they have to be counted, the report showed.

And, as expected, the Covid-19 pandemic has had an effect on population change, the UN report added, suggesting further that human population could grow to around 8.5 billion in 2030, and to 9.7 billion in 2050, before reaching a peak of around 10.4 billion people during the 2080s. The population is expected to remain at that level until 2100.

The UN said its latest assessment “considers the results of 1,758 national population censuses conducted between 1950 and 2022, as well as information from vital registration systems and from 2,890 nationally representative sample surveys”. “The 2022 revision also presents population projections to the year 2100 that reflect a range of plausible outcomes at the global, regional and national levels”, it added.