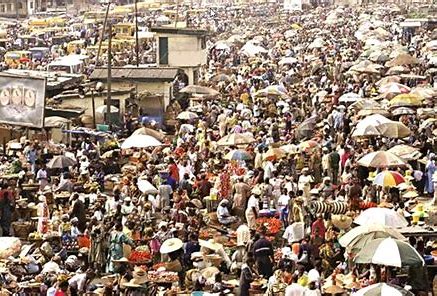 The United Nation’s latest global population projection predicts there will be eight billion people on the planet by November and that the population will gradually increase to 8.5 billion by 2050 and to more than 10 billion by 2080.

That growth will come with significant economic and environmental implications.

The projected growth is not evenly spread across the world. Some regions, including Eastern and Southeastern Asia, are expected to shrink in population, while North America and Europe are expected to grow at very low rates. The bulk of the population growth is expected to come from sub-Saharan Africa and Central and Southern Asia.

The move past the eight billion mark masks the fact that globally, the population is growing at its slowest rate since the 1950s. Two-thirds of all people currently live in regions where the fertility rate, measured in births per woman, has fallen below the replacement rate of 2.1. In many cases, those falling rates are driven in part by government policies.

Growth will be most concentrated among eight countries: the Democratic Republic of Congo, Egypt, Ethiopia, India, Nigeria, Pakistan, the Philippines and Tanzania.

Of those eight, the countries in sub-Saharan Africa will account for more than half of the world’s population increase over the next 30 years, creating what UN officials called a potential “demographic dividend,” with the share of working-age adults, defined as those between 26 and 64 years of age, rising as a share of the population.

Countries looking forward to an increase in the number of working age people as a share of the overall population, “have an opportunity to maximize the benefits of the dividend by investing in human capital formation,” the report found.

“While the demographic circumstances underlying the dividend are conducive to rapid economic growth on a per capita basis, reaping its potential benefits requires significant investments in education and health, progress towards gender equality and the availability of gainful employment.”

Some regions are aging faster than others. By 2050, the percentage of people 65 or older in Eastern and Southeastern Asia is expected to double from 13% to 26%. In Europe and North America, nearly 19% of the population is currently 65 or older, and that proportion is expected to rise to nearly 27% by 2050.

By contrast, sub-Saharan Africa is projected to have just 5% of its population in that age bracket by 2050.

“Countries with aging populations should take steps to adapt public programs to the growing proportion of older persons, including sound social security and pension systems, the establishment of universal health care and long-term care systems,” the U.N. urged.

China is currently the world’s most populous country with 1.43 billion people, but that is expected to change by next year, with India, currently at 1.41 billion, surpassing it. China’s population is actually expected to begin shrinking this year, as decades of low birthrates take their demographic toll.

Projecting out to 2050, India is expected to remain the most populous country with 1.67 billion, followed by China at 1.317 billion. The United States, currently in a very distant third place with 337 million people, will maintain that position, as the population grows modestly to 375 million.

However, the United States will have to share third place with Nigeria. Currently, the sixth most populous country with 216 million residents, Nigeria is expected to grow to 375 million by 2050.

Pakistan, currently the fifth largest country with 234 million people, will retain that rank, while growing to 366 million.

The Democratic Republic of Congo is expected to see a large percentage increase. Currently at 97 million people, its population is expected to more than double to 215 million by 2050.

The report notes that as global population growth continues, it creates possible complications in the fight against climate change. All else equal, an increase in people means more greenhouse gases are being emitted into the atmosphere.

“The growth of the population itself may not be the direct cause of environmental damage; it may nevertheless exacerbate the problem or accelerate the timing of its emergence, depending on the problem in question, the timeframe considered, the available technology and the demographic, social and economic context,” it said.

However, the report argues that the most highly developed countries should bear the largest burden.

“Whereas all countries should take actions to tackle climate change and protect the environment, more developed countries – whose per capita consumption of material resources is generally the highest – bear the greatest responsibility for implementing strategies to decouple human economic activity from environmental degradation.”