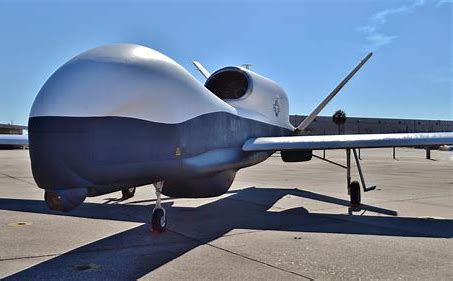 An attack on a Russian oil refinery this week highlighted the use of loitering munitions by both sides in the Ukraine war to inflict targeted losses using cheap technologies capable of waiting for targets to emerge.

When a Russian oil refinery worker pointed his camera phone into the sky earlier this week to capture footage of the steep dive of a small buzzing aircraft, his colleague was heard to say: “Wow, drone… is it Ukrainian?”

Moments later, the unmanned aircraft plunged into the Novoshakhtinsk refinery, causing a large explosion and fire in the Rostov-on-Don plant, some 90 miles behind enemy lines.

Kyiv has not claimed responsibility for the attack but the video was proof of the arrival on the modern battlefield of the capabilities of loitering munitions, otherwise known as “kamikaze drones”.

While the drones, capable of remaining airborne for a period of time before hitting a selected targeted, have been used by one side or another in recent conflicts, most notably by Azerbaijan in Nagorno-Karabakh in 2020, the Ukraine war is the first in which both combatants have made use of the newly evolved weapon type.

The Ukrainian military this week reported a Russian attack in the north eastern Sumy region using loitering munitions in which four people were wounded.

TASS, the state-run Russian news agency, has bragged of the use of the Kremlin’s most advanced loitering munitions in Ukraine, amid suggestions that the weapons are capable of conducting fully autonomous attacks.

Drones, ranging from sophisticated military machines designed to conduct surveillance to shop-bought quadcopters converted into improvised killing machines with the attachment of anti-tank grenades, have become a defining element of Ukraine’s efforts to hobble and ultimately reverse Vladimir Putin’s invasion.

Sam Bendett, a drones expert at the US-based Centre for Naval Analysis, says, “We are currently witnessing a drone war. This is probably the first large-scale war where proprietary military and commercial drones are used so extensively.”

In the case of Ukraine, the kamikaze drone has rapidly become an example of one of the Kyiv’s key successes, namely adapting and shifting its tactics to leave the Kremlin’s war machine looking flat-footed as social media is peppered with footage of loitering munitions decimating Russian tanks and armour.

Ukraine has received consignments of loitering munitions from America, notably the Switchblade drone used by US special forces that is capable of remaining airborne for between 10 and 40 minutes, and a quantity of an unspecified British kamikaze drone.

At the same time, Ukraine has been developing its own domestic drone industry, using machines developed for use by Aerorozvidka, a one-time group of enthusiasts now converted into a force of military UAV pilots.

As well as drones manufactured by defence specialists, the Ukrainian pilots and Russian-backed separatists in the Donbas region have made widespread use of modified commercial drones. Experts analysing the loitering munition used in the oil refinery attack have commented on its striking resemblance to a Chinese-made UAV available from the Alibaba shopping website for about £5,000.

A Western security source said, “For an outlay that is a fraction of the cost of a conventional airforce, you can populate the skies above a theatre of operations with highly accurate and enduring weaponry. Capabilities like loitering munitions are changing the way war is fought before our eyes, literally in real-time. The battlefield of the future is unfolding in Ukraine.”

Others are more circumspect, pointing out that the technology used in kamikaze drones is not particularly new but the war in Ukraine is offering grim opportunities to explore its use.

Amael Kotlarski, a senior analyst at defence specialist Janes, explained, “Like much of what we are seeing in Ukraine, loitering munitions are not revolutionary. But the way in which they are being used is interesting. They are cheaper and expendable and the represent an evolution in tactics. For example, they offer an [intelligence, surveillance, reconnaissance] ability to much smaller units than would previously have been case.”

Despite the unmasking by Ukraine of the Kremlin’s much-vaunted war machine as a somewhat less technologically formidable force than had been presumed, Russia has also been making increasing use of its remote drone technology.

But it is a purpose-built kamikaze drone, the KUB-BLA made by an offshoot of the Kalashnikov defence giant, that has gained the most Western attention after Russian commanders hinted it could be used in Ukraine in a fully-autonomous mode, meaning it would seek and attack enemy targets without human intervention.

Western analysts have said there is as yet no evidence that this “killer robot” setting has been deployed but such a capability is widely recognised to be technically possible.

Regardless, the arrival of expendable weapons capable of hovering over a battlefield looking for targets is widely seen as opening a new chapter in the annals of warfare.

As AeroVironment, the maker of the Switchblade, puts it: “We’re at a point in history that is revolutionary, where the tank – which used to be the king of the battlefield – is now playing second fiddle to missile systems that did not exist a couple of years ago.

Too young to kill: New UN report singles out African countries for recruitment of child soldiers