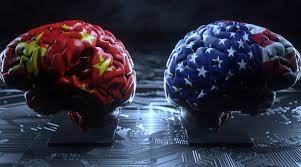 The US government’s search for spies in laboratories and businesses has stoked fear among scientists of Chinese descent and damaged collaborations with researchers in China, according to a survey of nearly 2,000 scientists.

“There was a lot of broad speculation about this idea,” says Jenny Lee, a social scientist at the University of Arizona in Tucson, who studies research collaborations and geopolitics. Lee is one of the co-authors of the survey and related report. “What we wanted to do was actually seek out the evidence.”

The China Initiative, launched under former US president Donald Trump, has led to several well-publicised arrests of scientists since 2018, often over links to collaborators or institutions in China. The US government has said the goal of the effort is to stop the theft of US trade secrets by the Chinese government.

But civil-rights groups and individual researchers have warned that the US government’s scrutiny of scientists under this programme has hampered valuable scientific collaborations with researchers in China. They have also warned that researchers of Chinese descent feel unduly scrutinised because of their race and ethnicity, which amounts to racial profiling.

“We’ve seen anecdotal evidence about the chilling effects of the China Initiative,” says Ashley Gorski, a senior staff attorney at the American Civil Liberties Union in New York City. “The study makes clear that the effects are far-reaching.”

Between May and July 2021, 1,949 scientists working in the United States participated in the survey, the results of which were released on October 28 in a white paper. The project was supported by the Committee of 100, an organisation of Chinese American leaders in New York City. Of the respondents, one-third identified as being of Chinese descent. About 40 per cent were not Chinese, and one-quarter did not report their racial or ethnic background.

About half of the scientists of Chinese descent reported experiencing “considerable” fear, anxiety or a mixture of both that they are being surveilled by the US government. Only 12 per cent of non-Chinese scientists reported that concern.

A little more than 42 per cent of scientists of Chinese descent reported feeling racially profiled by the US government, compared with nine per cent of non-Chinese scientists.

More scientists of Chinese descent than others said they feel it is harder to obtain research funding because of their race or ethnicity, and feel they face professional challenges for similar reasons.

“The differences are undeniable in ways that are quite profound for those of Chinese descent,” Lee says.

Andrea Liu, a physicist at the University of Pennsylvania in Philadelphia, is disappointed by the large disparities recorded by the survey in the attitudes of Chinese versus non-Chinese scientists.

“It is difficult for me to see how anyone who is following the news on the China Initiative could fully support all the investigations,” she says. “We still have quite a bit of work to do to educate our non-Chinese colleagues on what has been happening.”

Liu is working with the American Physical Society (APS) – a membership-based professional organisation of some 55,000 physicists, based in College Park, Maryland – to help researchers to understand the US government’s shifting research- security requirements.

Among survey participants who said they conducted research involving China in the past three years, about 23 per cent of scientists of Chinese descent said they decided to stop collaborations with researchers in China, whereas only 10 per cent of other respondents said the same.

Lee cautions that the data are probably an underestimate. In response to the survey, some researchers of Chinese descent e-mailed to ask whether it was a surveillance ploy by the US Federal Bureau of Investigation, which has been responsible for investigations under the China Initiative.

“There was suspicion that this would be used as a trap by the FBI to identify scientists who are working with China,” Lee says. “What this also tells us is that the problems are likely much worse than being reported.”

Justice-department officials in place during Trump’s administration said that the focus of the China Initiative was not on the ethnicity or race of individuals, but rather on people’s activity and behaviour. Earlier this year, US President Joe Biden’s attorney general, Merrick Garland, said the US government will fight espionage from China while preserving the civil rights of people of Asian descent in the United States.

Also that month, the APS wrote to Biden’s science adviser, Eric Lander, and to Garland, asking that the government change its approach, including renaming the initiative.

The preliminary results of a poll run in September by the APS, surveying 3,200 physicists and students, echo the findings of Lee and her colleagues.

The group reports that 40 per cent of foreign early-career researchers visiting the United States to study or work said that the country’s approach to research security made them less likely to stay in the country long term. Foreign researchers are a key part of the US workforce in science and engineering fields.

“The irony is that in an attempt to compete with China, this is actually undermining our efforts,” Lee says.