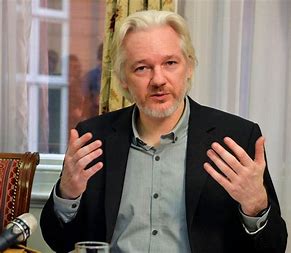 Since Wikileaks began releasing massive troves of US military and State Department secrets more than 10 years ago, Julian Assange has maintained that the American government would eventually seek to put him in a US prison.

In a surprise twist, he may escape that fate – not because his organisation’s leaks are protected by free speech rights, but instead due to Assange’s mental health, and a court’s ruling that subjecting him to US incarceration would increase the risk of suicide.

In a London courtroom on Monday morning, UK judge Vanessa Baraitser ruled that the US cannot extradite Assange to stand trial for criminal charges of hacking conspiracy and violations of the Espionage Act, which the US Department of Justice first levelled against Assange in 2019.

Baraitser argued in her ruling that extradition would be unacceptably “oppressive” due to Assange’s mental state – including diagnoses of Asperger syndrome, autism and suicidal thoughts – and the risk that Assange would in fact kill himself if those conditions were exacerbated by the state of isolation, he would likely face in the US justice system.

In her statement, Baraitser compared the “special administrative measures” that Espionage Act convicts often face in prisons like ADX Florence, the Colorado prison where Assange would be likely be incarcerated in the US, to those in the UK’s Belmarsh prison where he is been housed since his arrest. She detailed how he would be allowed only two non-legal phone calls a month, denied contact with other inmates at the prison and granted two hours of solo recreation time daily in a “cage,” as she described it.

“Faced with the conditions of near total isolation and without the protective factors that moderate his risk at Belmarsh, I’m satisfied that the [suicide prevention] procedures described by the US will not prevent Mr Assange from finding a way to commit suicide,” Judge Baraitser told the court.

“For these reasons I’ve decided that extradition would be oppressive by reason of Mr. Assange’s mental health, and I order his discharge.”

The US government is expected to immediately appeal the ruling, a process that will likely begin in a matter of months. For now, Assange remains in custody pending a bail hearing. Nevertheless, the decision represents a “brilliant and surprising win for Julian,” says Naomi Colvin, the UK-Ireland Programme Director at Blueprint for Free Speech, which has supported Assange throughout his legal case.

Ms Colvin explains, “The US will appeal, but because this swung on the medical evidence, the starting position has to be that Assange is likely to prevail at the High Court too.”

While the judge’s decision represents a potentially life-changing victory for Assange, it does little to defend the press freedoms that many observers considered to be on trial in Assange’s case.

Until the final section of Baraitser’s statement, she shot down practically every argument Assange’s defence attorneys had laid out against extradition in weeks of hearings, many of which focused on how the prosecution of Assange would represent an unprecedented criminalisation of journalistic activity.

In particular, Baraitser focused on a moment in which Assange encouraged his source, then-Army private Chelsea Manning, to dig up more classified secrets for him and offered to help her crack another user’s password so that she could more easily cover her tracks as she rooted around the Army’s network.

US prosecutors have never proven or even alleged that Assange followed through on that offer, or that either he or Manning ever successfully cracked a password as they discussed. Nonetheless, Baraitser argued that incident helped show how “Mr Assange’s activities went beyond the mere encouragement of a journalist.”

That password-cracking allegation, however, only justifies the computer fraud and abuse conspiracy charge that Assange faces, argues Trevor Timm, the executive director of the Freedom of the Press Foundation and a witness for Assange’s defence in the extradition hearings.

The remaining 17 counts, which all relate instead to the Espionage Act, would represent the first time in modern history a publisher was charged under the Espionage Act for essentially journalistic activities such as seeking classified information from sources, Timm argues.

“If this case went forward, it would criminalise large swaths of news-gathering and publishing practices,” he says.

Despite the judge’s arguments that Assange could be charged under the Espionage Act, Timm sees today’s ruling as a win. “It’s hard to call it a complete victory for press freedom, but it is a huge sigh of relief,” he says.

Despite the judge’s Espionage Act arguments, her decision about Assange’s mental health may nonetheless prevent the US from setting a precedent that someone like Assange can be prosecuted for publishing national security secrets.

“To create a lasting precedent, they need a conviction in US court, and if this decision is held up, they won’t get it,” says Timm. “Any decision that prevents the US government from obtaining that precedent is a good thing.”

In the ruling, Baraitser writes that the accounts of several psychiatrists who had seen Assange in prison in the UK swayed her decision.

In her oral statement to the court, she emphasised the account of one psychiatrist, Michael Kopelman, who had testified that he observed in Assange signs of suicidal risk including “loss of sleep, loss of weight, a sense of pre-occupation and helplessness as a result of threats to his life, the concealment of a razor blade as a means to self-harm and obsessive ruminations on ways of killing himself.”

Kopelman wrote at one point in his testimony that Assange expressed having suicidal thoughts “hundreds” of times a day, and that prison staff had confiscated multiple potential suicide implements from him.

Baraitser also noted a 1991 incident when Assange was hospitalised for a week after cutting his wrists, and observed that he had a family history of suicide. She expressed concern that if he were put in isolation in the US prison system – as Assange’s defence had argued he likely would be – he would not only be driven to self-harm but would succeed due to what Kopelman described as his “single-minded determination” typical of those with autism and Asperger’s.

“I’m satisfied that Assange has the intellect and determination to circumvent suicide prevention measures,” Baraitser said.

The decision in Assange’s case represents the third time in recent history that an accused hacker in the UK has been protected from extradition based on mental health considerations. Lauri Love, a UK hacker associated with Anonymous, similarly escaped US prosecution due in part to an Asperger’s diagnosis in 2018, as did alleged hacker Gary Mackinnon in 2012.

America’s poor treatment of prisoners – and particularly those like Assange with national security-relevant cases – may lead to the failure of a major prosecution that some in the highest levels of the US government have sought for nearly a decade, notes well-known cybercrime defence attorney Tor Ekeland.

“A UK court is saying you can’t trust the US prison system to treat its inmates fairly and humanely, and that outweighs any alleged damage from Assange’s release of top-secret information,” says Ekeland. “It’s not the first time a UK court has done this. And it’s a damning indictment of the US prison system and its inhumanity.”