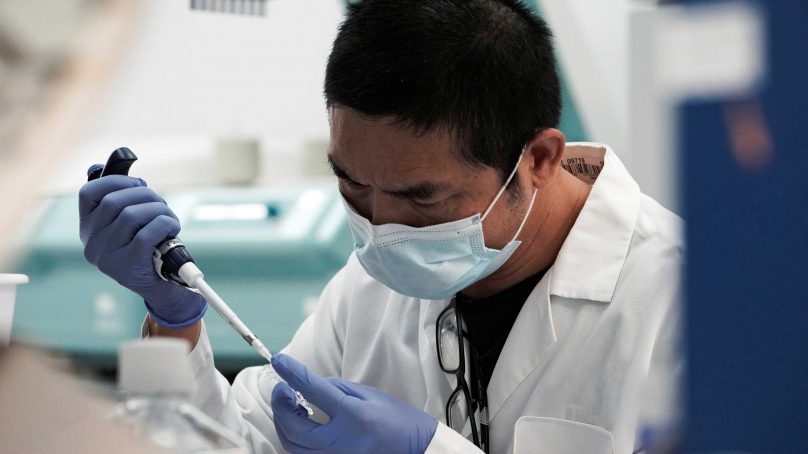 The US government has finally issued an official policy on the inadmissibility of foreigners affiliated with Communist or totalitarian parties. The critical new rule appears to be the Trump administration’s response to an epidemic of Communists, mainly from China, that have stolen billions of dollars in taxpayer-funded scientific research while working in the United States with Uncle Sam’s permission.

This month US Citizenship and Immigration Services (CIS), the Homeland Security agency that administers the nation’s lawful immigration system, published details of the Communist ban in an updated CIS Policy Manual. Many Americans may wonder why it took so long.

“Membership in or affiliation with the Communist Party or any other totalitarian party is inconsistent and incompatible with the Naturalisation Oath of Allegiance to the United States of America, which includes pledging to support and defend the Constitution and laws of the United States,” according to a CIS statement announcing the new measure.

The agency continues to explain that, “in general, unless otherwise exempt,” immigrants with domestic or foreign Communist or totalitarian affiliations are inadmissible to the US indeed, the Immigration and Nationality Act (INA) of 1952 authorises the exclusion of immigrants on the basis of membership in or affiliation with the Communist or any other totalitarian party.

problem is that the government has failed to enforce the policy for decades. A rule in the books will help officers adjudicate the “inadmissibility ground consistent with federal law,” according to CIS, which adds that it will also provide “guidance” in the “context of adjustment of stat applications.”

Totalitarian parties are defined as organisations that advocate the establishment in the United States of a totalitarian dictatorship or totalitarianism. This refers to systems of government characterised by a single political party and organised on a dictatorial basis.

When considering whether an alien is a threat to the security of the United States, CIS says it considers factors such as espionage, terrorism, subversion, and risks to intellectual property.

The latter appears to be the force behind this new policy. The US government has long permitted Communists working in the US to steal billions of dollars in taxpayer-funded research. Many of them work at public universities throughout the country or at government agencies such as the National Institutes of Health (NIH), National Science Foundation (NSF) or national laboratories affiliated with the Department of Energy (DOE).

For decades many of the institutions have been deeply impacted by Chinese infiltrators stealing highly valuable intellectual property. A US Senate investigation determined that, not only has American-funded research long been stolen by China, the work is helping the Communist nation meet its goal of becoming a world leader in science and technology.

Chinese hundreds of government-funded talent recruitment plans to incentivise individuals engaged in research and development in the US, transmit information in exchange for salaries, research funding, lab space and other perks. The Communists then e the American research for their own economic and military gain.

Thankfully, the Trump administration appears to be addressing the problem. Earlier this year, the NIH fired dozens of scientists over their secret financial ties to Communist China. It is not clear how long they went undetected or how much taxpayer-funded research they stole, but at the time some 54 scientists got booted for failing to disclose a troubling financial arrangement with a foreign government.

In the overwhelming majority of cases – 93 per cent – the cash came from China, according to an ongoing NIH investigation that started two years ago. Also, in most of the probes the targets were Asian men in their 50s. The bulk of the co-opted researchers received genera grants from the NIH, which has an eye-popping $41.7 billion annual budget.

Every year the NIH invests tens of billions of dollars in medical research by giving around 50,000 grants to more than 300,000 researchers at more than 2,500 universities, medical schools and other institutions throughout the country.

Only 10 per cent of the agency’s budget supports projects conducted by scientists in its own lab in Bethesda Maryland.

Chinese infiltrators have been stealing valuable research from the US government for decades. In fact, more than 20 years ago Judicial Watch helped expose a Chinese Communist scientist (Wen Ho Lee), who stole nuclear secrets from the Los Alamos National Laboratory in New Mexico, among the world’s largest science institutions and the nation’s key nuclear weapons research facility.

The Bill Clinton Justice Department refed to prosecute Lee became then Attorney General Janet Reno claimed the accusations against him were racist. Judicial Watch represented the whistle-blower, Notra Trulock, responsible for launching an investigation into Lee’s actions. Trulock was the DOE’s intelligence operations chief and Clinton administration officials defamed him by accusing him of being a racist to cover up Lee’s repeated and embarrassing security violations.