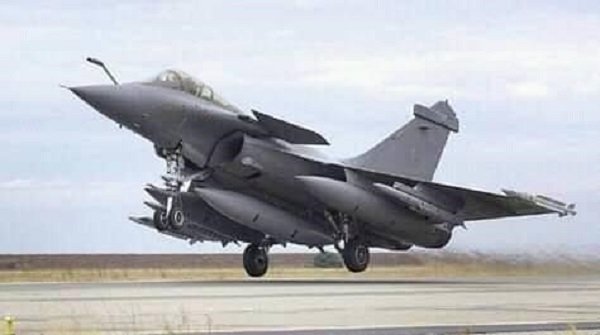 Tigrai TV, controlled by the TPLF, said the attack on the city of Mekelle killed three civilians. Ethiopia’s government spokesman, Legesse Tulu, denied launching any attack. “Why would the Ethiopian government attack its own city? Mekelle is an Ethiopian city,” he said.

“Terrorists are the ones who attack cities with innocent civilians in them, not government,” Legesse added. He accused the TPLF of killing civilians in neighbouring regions.

But the state-run Ethiopian Press Agency said late in the day that Ethiopia’s air force conducted an air strike and that it was aimed at communications infrastructure in the city.

The infrastructure had belonged to the government but had fallen under the control of the Tigrayan forces, the report read. The strike destroyed a communications tower and other equipment, the report read.

Reuters was not able to verify any of the accounts in an area that is off-limits to journalists. A resident of the city told Reuters one strike hit close to a market, behind a hotel. An aid worker and a doctor in the region also said there had been an attack and a diplomat shared pictures of what they said was the aftermath, including pools of blood and smashed windows.

All asked not to be named. Reuters could not confirm the authenticity of the images.

War erupted in Tigray almost a year ago between the Ethiopian military and the TPLF, the political party that controls the region, killing thousands of people and forcing more than two million to flee.

Tigrayan forces were initially beaten back, but recaptured most of the region in July and pushed into the neighbouring Amhara and Afar regions, displacing hundreds of thousands more.

Reporting details of Monday’s air attack, Tigray TV said the first strike hit the city’s outskirts, near a cement factory, while the second struck in the city centre.

A doctor in the region said they heard the first attack on Monday morning. “First I heard the sounds of jet and also an explosion from afar,” the doctor told Reuters.

“Then in the afternoon there was another sound, which seemed closer. This one seemed like it happened inside the city,” the doctor said.

A Mekelle resident told Reuters that around noon, (09:00 GMT), a strike hit close to a market behind the city’s Planet Hotel, in the city centre.

“I was a few metres away, I thought they had hit our compound,” the resident said.

Diplomats are worried that renewed fighting will further destabilise Ethiopia, a nation of 109 million people, and deepen hunger in Tigray and the surrounding regions.

The United Nations has received “alarming reports” of aerial attacks in Mekelle but was still trying to verify details, UN spokesman Stephane Dujarric told reporters in New York on Monday.