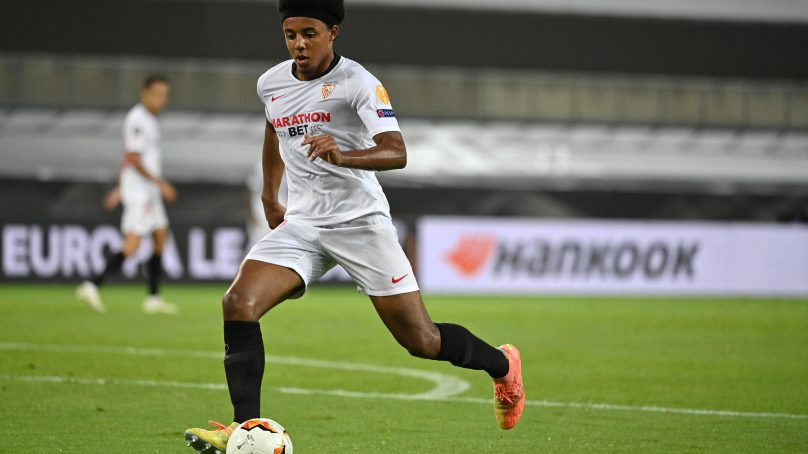 Chelsea have been hit with yet another massive setback in their quest for a new defender as their primary target has reportedly asked for another move.

The Blues failed to secure Jules Kounde’s signature in the summer. That was only a minor hitch, as reinforcements at the back weren’t an urgent need for Thomas Tuchel. However, since then the German boss has had a torrid time in transfer negotiations.

Sevilla centre-back Kounde began to slip from Chelsea’s grasp. And he seems to be off the table altogether.

A recent report stated the France international prefers a move to Manchester United. Now Chelsea’s alternative option has made a similar decision.

They had turned their attention to Juventus defender Matthijs de Ligt. He’s on the market for a 2022 summer move out of Turin.

But according to Spanish journalist Miquel Blazquez, de Ligt has asked super-agent Mino Raiola to try and arrange a transfer to Barcelona.

Blazquez tweeted that the Spanish giants are the 22-year-old’s favourite option ahead of Tuchel’s Blues. This comes after Raiola reportedly held talks with both clubs.

Perhaps the presence of his former Ajax team-mate and fellow Dutch international Frenkie de Jong at the Nou Camp is a significant factor.

That sort of leaves Chelsea back at square one in their search, for now at least. Barca’s financial state may render them an impossible option for de Ligt.

His Italian owners value him at €70m, a fee which Chelsea are much more capable of stumping up. There may now be a sense of urgency at Stamford Bridge. They are yet to tie Antonio Rudiger, Cesar Azpilicueta or Anders Christensen down to new deals.

All three have contracts expiring at the end of the season. And Rudiger reportedly feels ‘disrespected’ by the contract terms offered to him and could yet leave.

Chelsea are also working on a new deal for Mason Mount and are ready to hand him a lucrative offer, it has been claimed. Considered one of England’s brightest prospects, Mount has made a big impression for club and country over the past two seasons.

And now a report from Goal claims that the Blues’ hierarchy are ready to make the attacking midfielder one of their best-paid players.