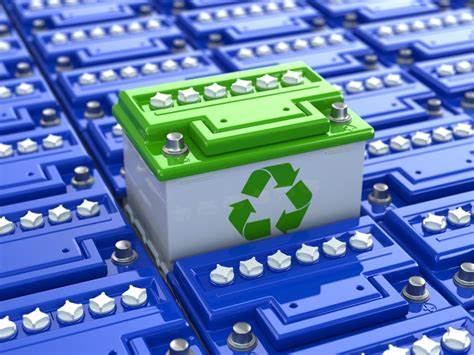 Lithium-ion batteries, with their use of riskily mined metals, tarnish the green image of EVs. Recycling to recover those valuable metals would minimise the social and environmental impact of mining, keep millions of tonnes of batteries from landfills, and cut the energy use and emissions created from making batteries.

But while the EV battery recycling industry is starting to take off, getting carmakers to use recycled materials remains a hard sell.

“In general, people’s impression is that recycled material is not as good as virgin material,” says Yan Wang, a professor of mechanical engineering at Worcester Polytechnic Institute. “Battery companies still hesitate to use recycled material in their batteries.”

A new study by Wang and a team including researchers from the US Advanced Battery Consortium (USABC), and battery company A123 Systems, shows that battery and carmakers needn’t worry.

The results, published in the journal Joule, shows that batteries with recycled cathodes can be as good as, or even better than those using new state-of-the-art materials.

The team tested batteries with recycled NMC111 cathodes, the most common flavour of cathode containing a third each of nickel, manganese and cobalt. The cathodes were made using a patented recycling technique that Battery Resourcers, a start-up Wang co-founded, is now commercializing.

The recycled material showed a more porous microscopic structure that is better for lithium ions to slip in and out of. The result: batteries with an energy density similar to those made with commercial cathodes, but which also showed up to 53 per cent longer cycle life.

While the recycled batteries weren’t tested in cars, tests were done at industrially relevant scales. The researchers made 11 Ampere-hour industry-standard pouch cells loaded with materials at the same density as EV batteries.

Engineers at A123 Systems did most of the testing, Wang says, using a protocol devised by the USABC to meet commercial viability goals for plug-in hybrid electric vehicles. He says the results prove that recycled cathode materials are a viable alternative to pristine materials.

EV batteries are complex beasts, and recycling them isn’t easy. It involves either burning them using lots of energy, or grinding and dissolving them in acids. Most large recycling companies, which have mainly been recycling consumer electronics batteries, and upcoming battery-recycling start-ups use these methods to produce separate elements to sell to battery material companies, which will in turn make the high-grade materials for car and battery makers.

But the real value of an EV battery is in the cathode, Wang points out. Cathode materials are proprietary combinations of metals including nickel, manganese, and cobalt that are crafted into particles with specific sizes and structures.

Battery Resources’ recycling technology produces various ready-to-use NMC cathode materials based on what a car company wants. That means selling the recycled materials could turn a profit, something recycling companies say can be hard to do. “We are the only company that gives an output that is a cathode material,” he says. “Other companies make elements. So, their value added is less.”

Their technology involves shredding batteries and removing the steel cases, aluminum and copper wires, plastics, and pouch materials for recycling. The remaining black mass is dissolved in solvents, and the graphite, carbon and impurities are filtered out or chemically separated. Using a patented chemical technique, the nickel, manganese and cobalt are then mixed in desired ratios to make cathode powders.

A few other researchers, and outfits such as the ReCell Center, a battery-recycling research collaboration supported by the US Department of Energy, are also developing direct recycling technology. But they likely will not be producing high volumes of recycled cathode material any time soon.

Battery Resources, meanwhile, is already selling their recycled materials to battery manufacturers at a small scale. The company plans to open its first commercial plant, which will be able to process 10,000 tons of batteries, in 2022. In September, they raised $70 million, with which they plan to launch two more facilities in Europe by the end of 2022.