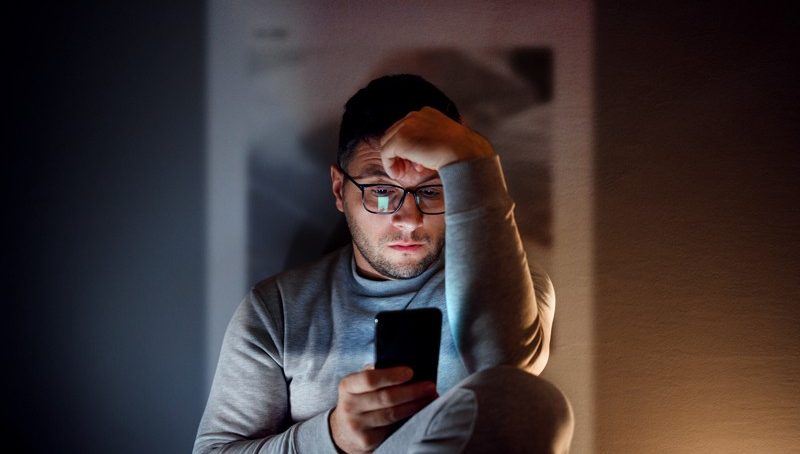 Smartphone is your enemy No.1: How stepping back from connectivity restored Adam Weiss’s focus in the lab

In early 2021, I hit a rut in my studies. As a doctoral candidate at the University of Chicago in Illinois, I work at the interface of polymer chemistry and immunology, using synthetic strategies to design safer, more effective materials for vaccine and gene delivery.

Although I had been productive early in my graduate career, my long hours and hard work were no longer translating into success in the laboratory, and I felt hopeless about achieving my goals. Something had to change.

As I began to search for the cause of my struggles, I became increasingly aware that my ‘quiet time’ at the lab bench — for instance, when I was running chromatography columns or microscopy experiments — was anything but. Instead of thinking about science, I was watching television or interacting with social media on my smartphone. Although I could mask this inefficiency with longer hours, my work felt chaotic and disorganized.

I was working more than ever, but getting less done. I would come home from a long day in the lab and respond to e-mails or Slack messages over dinner or in bed. This all came to a head last summer, when my inability to balance work and life led me to seek help from the university’s student mental-health services.

Through a combination of counselling and personal reflection, I came to understand my problem: I was addicted to my phone.

I wasn’t alone. Ex-employees of technology companies — such as Tristan Harris, formerly of Google, and Frances Haugen, formerly of Facebook — have spoken publicly about the algorithms that underlie the addictive nature of social media and smartphone use. Apps can trigger the same reward mechanisms as slot machines, by using unpredictable, addictive reward schedules and engagement-based post ranking to hijack users’ attention.

Studies have shown that people in the United States spend more than three hours per day on their smartphones, and smartphone usage has been shown to be more motivating than food for university students.

To reclaim my focus, I opted to reduce my connectivity by using a basic mobile phone without an Internet connection during work hours, and removing unnecessary apps from my smartphone when I did use it. I could use an iPod for music, and any messages I received would be waiting on my computer or when I returned home.

Others have adopted different strategies, including using software to limit screen time (now built directly into iOS and Android) and implementing lifestyle changes, such as turning off their phones after sunset and scheduling activities during leisure time to prevent mindless scrolling.

Underscoring the addictive nature of smartphones, I experienced symptoms of withdrawal when I first cut the metaphorical cord, staring at my iPod throughout the day and hoping for a rush of dopamine that no longer came. With time, however, I began to make practical use of my quiet time. I started reading papers during long experiments, and began a habit of writing in my down time. These practices have already yielded success: I am currently preparing a review article for submission with my adviser, and I’ve written this column and other personal reflective works. I have also felt more engaged in seminars and meetings — coming better prepared, asking questions and taking hand-written notes.

Perhaps most importantly, I have felt my anxiety diminish and my productivity and creativity improve drastically, trading my chaotic work–life relationship for one with clearer boundaries and an abundance of new scientific ideas. Now, even when I do carry my smartphone, I feel less compelled to check for e-mails or messages, and can focus more closely on whatever task is at hand.

As with any lifestyle change, altering my smartphone habits has also created challenges. Not all my peers have been supportive of my reduced connectivity, and I have missed messages on communication services such as WhatsApp and Slack. I also spend less time on academic LinkedIn and Twitter, having deleted the latter entirely, which could affect my career prospects. Yet these disruptions have been minor and, in my opinion, are a small price to pay for increased clarity and productivity.

We as researchers face unprecedented challenges when it comes to managing our time and mental energy in the face of constant distraction. Burnout and mental-health disorders are rife among graduate students and scientists at every level, especially during the Covid-19 pandemic, and technology is at least partly to blame.

My friends, family and academic colleagues have acknowledged that they, too, would benefit from reduced smartphone usage, yet many have told me that the fear of missing out and the social consequences would be too much to bear.

If you find yourself in this situation, I encourage you to at least consider how frequently you allow your smartphone to interrupt your day-to-day work. Take care to build down time and uninterrupted study into your schedule, to contrast with the digital noise of smartphones and modern technology.

This could be crucial for our success as scientists — and humans — in the middle of a once-in-a-century global health crisis.