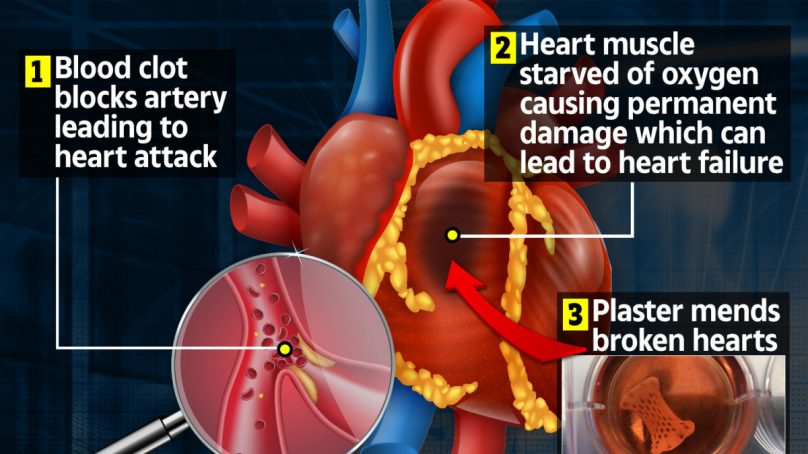 Picture a person having a heart attack – what do you see? Mostly likely a man, looking sweaty and short of breath, clutching his arm or chest in pain. This canonical image has been so deeply impressed into our minds that it may be hard to believe heart attacks could look like anything else.

But when women have heart attacks, their symptoms can be quite different, presenting as deep fatigue, nausea and vomiting and more widespread bodily discomfort instead of localised pain.

Discrepancies like this – between what we expect a medical condition to look like and the various forms it might take in real life – can have devastating consequences. Most often, men’s symptom profiles are considered the “textbook cases” and so when women present with different symptoms, they may be misdiagnosed, resulting in delays or possible deprival of life-saving interventions.

To exacerbate things further, women are more likely to report later to the hospital (defined as waiting 12 hours or longer after symptom onset) than men, a consequence in large part of the confusion over symptomology.

The failure to consider the influence of sex and gender on health physiology goes beyond the clinic. In laboratories around the world, most scientists have historically chosen to study only male rats and mice, under the faulty assumption that female animals’ fluctuating hormones would make their data messy and hard to interpret.

Like humans, female rodents undergo reproductive cycles characterised by phases of high and low circulating estrogen, which has the potential to influence experimental outcomes.

However, what most researchers fail to acknowledge is that males also display significant daily fluctuations in hormone levels (primarily testosterone), that may also influence experimental outcomes. Interestingly, recent analyses of thousands of scientific publications found that data collected from male and female rodents are pretty much equally “messy” and if anything, males displayed more variability overall than females! Thus, this type of overall noise in scientific results is normal.

What have we been missing by excluding female animals from preclinical research? In our field of neuroscience alone, we see evidence for sex differences in a wide variety of neural processes, including spatial navigation, learning strategies and pain transmission, demonstrating that evolution has equipped the mammalian nervous system with not one but multiple ways to experience and adapt to the world around us.

But despite these exciting findings, investigations into the biological mechanisms that underlie fundamental phenomena like memory or sensory processing have by and large been conducted only in males.

Even when studying diseases that affect more women than men, like Alzheimer’s disease, major depressive disorder or stroke, scientists more often than not chose to work exclusively with males.

In recent years, the government agencies that fund biomedical research, like the National Institutes of Health (NIH) in the US, have begun to recognise that the neglect of females as research subjects may lead to serious public health problems as basic science findings make their way into the clinical pipeline for treatment.

In addition to misdiagnoses, women are also more likely to experience negative side effects from drug treatment, possibly a consequence of those drugs not being tested in female rodents during the early stages of drug discovery.

To address these issues, the NIH implemented a policy in 2015 mandating consideration of “sex as a biological variable” (SABV). This initiative requires scientists applying for funding to incorporate both male and female animals into their experimental designs unless a research topic, such as pregnancy, is by definition sex-specific.

Importantly, SABV guidelines do not require scientists to specifically assess sex differences in their studies. However, many scientists initially protested (and continue to do so) that the new policy would require them to essentially double the number of animals they used, thereby preventing their grant dollars from stretching as far.

Others claimed that they would in fact have to quadruple their animal numbers to account for every phase of the female reproductive cycle. The idea that hormones are a critical consideration for research in female subjects, but not male subjects, is rooted in longstanding sexist stereotypes that contradict actual scientific evidence.

Males of course have hormones too, which can rise or fall depending on their social hierarchy status in their cage, the type of food they are fed, and the time of day. But as we note above, fluctuating hormones in animals of either sex do not create the problematic, “messy” data sets that many scientists have assumed.

Requiring the use of male and female animals in biomedical research is an important first step in disabusing scientists (and society) of the flawed notion that males are a standard from which females might deviate.

As we can see in human medicine, treating men’s cases as the default measuring stick can have dire consequences; rather, treating all research subjects as equally valuable in our quest for knowledge is critical to rectifying sex- and gender-based health disparities.

Unfortunately, there is yet another force working against the rapid adoption of SABV practices: the culture of academic publishing. The expression “publish or perish” probably rings true for most researchers. However, the real currency in academic science is not just any publication, but a paper in a high-profile journal like Science or Nature.

These journals are known for being extremely selective in what they choose to publish and having a Science or Nature paper is often an unspoken requirement for faculty hiring and promotion at prestigious universities. However, these journals have historically valued pre-clinical research that takes a deeper dive into its topic within a single sex (usually males), rather than research that takes the time to ask questions in both males and females.

We therefore end up with an incentive structure that pits personal prestige and career advancement against more rigorous, equitable investigations into biological processes and mechanisms of disease.

In 2016, the journal Research Integrity and Peer Review published guidelines for Sex and Gender Equity in Research (SAGER), which provide clear steps for scientists and editors to increase equity, accuracy, and transparency in both the conduct and reporting of research in subjects of both sexes. These guidelines clearly state that experiments should be designed to reveal sex or gender differences, and that single-sex studies require justification for the exclusion of either sex. Sadly, few (if any) journals have incorporated these guidelines into their publishing policies.

The world of biomedical science is long overdue for a realignment of its reward systems with public health goals. Human bodies and brains are complicated and our job as basic scientists is to lay the foundational knowledge that will ultimately inform personalised medicine.

This should mean embracing the noise – seeing variability in experimental outcomes as an opportunity to understand the scope of what is possible, not an inconvenience to be swept under the rug in the futile pursuit of a single and rapid “right” answer.

But as long as high-profile journals continue to put their seal of approval on work that only examines males, scientists will continue to deprioritise research in female subjects, or simply not do it at all.

Journal editors, peer reviewers, tenure committees and others in gatekeeping positions have the power to shape what prestigious science looks like. It’s time to step up and shift scientific culture to value rigorous research that includes both sexes.

‘Deepfake’ maps that will show you’re in London, not Nairobi, coming soon