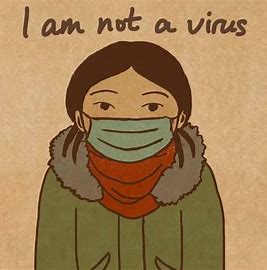 Early in the HIV-Aids epidemic in the 1980s, public-health officials faced a major challenge in trying to slow the spread of the virus. The problem wasn’t necessarily convincing people that a physical barrier – in this case, a condom – could prevent infection.

“I don’t think the issue was so much about the level of protection as it was the perception of risk,” says Ronald Valdiserri, an epidemiologist at Emory University in Atlanta, Georgia. Whereas homosexual men on the east and west coasts of the United States couldn’t ignore the widespread deaths in the gay community early in the epidemic, many heterosexuals saw HIV-Aids as a “gay disease”, and did not consider themselves at risk of infection, he says.

The early days of Covid-19 drew a tragic parallel in many places. “You had people thinking, ‘Well, you know, this is not something that’s going to affect my community, or my town, or my neighbourhood. So, why should I be wearing a mask?’” says Valdiserri, who co-authored a paper on how the lessons from research on promoting condom use during the early HIV epidemic could inform face-mask policy.

“Like any human behaviour, it’s more complex than saying, ‘Thou shalt do this.’”

Public-health efforts to combat HIV-Aids have revolved around tailoring the condom-use message and its delivery to different populations. Among sex workers in sub-Saharan Africa, peers have proved to be the best spokespeople. Popular footballers have successfully marketed condom use to men.

When HIV swept through San Francisco and New York in the early 1980s, an effective campaign included an attractive gay man communicating to other gay men, and making condoms “fun and sexy”, says Susan Hassig, an infectious-disease epidemiologist at Tulane University in New Orleans.

But could face masks ever be made fun or sexy? Although there’s been no formal study on the effectiveness of mask marketing, the idea might not be far-fetched. Instructions for creating fun masks for children are easy to find, as are shops selling bedazzled masks for adults.

At the Grammy Awards in Los Angeles, California, in March, stars drew attention with masks that matched their outfits.

Helene-Mari van der Westhuizen, a public-health scientist at the University of Oxford, UK, laments how early Covid-19 guidelines framed masks as “sterile and scary” medical objects that required specific handling and use, including specific temperatures for washing.

“Cloth masks and associated fashion brought playfulness and an everyday feeling to mask wearing. That contributed to its acceptability,” says van der Westhuizen, who co-authored a paper arguing that policies should consider masking as a social behaviour, not a medical one.

Balance and nuance are still important: masks need to work. “Masks with valves became really fashionable,” she adds, even though they allow virus particles from infected people to spread. “That’s an example of fashion gone awry,” says van der Westhuizen.

Further complicating mask use is the fact that masks are not all created equal. Simple cloth masks will “do a good job of protecting others from you, but don’t necessarily do a great job of protecting you from others”, says Jeremy Howard, a research scientist at the University of San Francisco, who co-authored a January review on face masks.

At the other extreme, medical-grade N95 masks might be overkill, he says. They are tested with much higher air pressures than what comes from normal breathing. Although they do protect the wearer, he instead recommends the widely available and more-comfortable KN95 masks.

“It’s time for nuanced messaging,” adds Gandhi, who co-authored a separate review on the effectiveness of various face masks in January. She says that Germany did the right thing in specifying acceptable masks in its messaging. Cloth masks are no longer enough to comply with the mandate in Jena, or anywhere in the country.

In January, Germany began requiring medical-grade or surgical masks in public spaces. The country, which has lagged behind the United States in vaccination rates, further upgraded its rule in April, mandating N95 or KN95 masks on public transport.

The country is distributing masks to people who are at high risk of disease and those who can’t afford them. And leaders are enforcing their use.

“If you’re not wearing a mask, you’ll get fined,” says Nitzsche. “Or people will start to stare at you.”

South Korea is among the East Asian countries that had a head start on the West. A pre-existing culture of mask use bolstered quick and widespread adoption after the emergence of Covid-19 – a stark contrast to Western nations, where even public health officials at the World Health Organization and the US CDC were initially dissuading their use, describing them as unhelpful or even harmful.

The culture makes a difference, says Hong Bin Kim, who studies internal medicine and infectious disease at Seoul National University College of Medicine and is author of a paper detailing mask use in South Korea. Bin’s work also highlights the importance of leaders serving as models for the public. Politicians and doctors filled that role in his country, much like Nitzsche and public-health officials did in Jena.

Although it’s unlikely that the United States and other Western nations will adopt the same level of mask use beyond this pandemic, van der Westhuizen anticipates it will become much more common and acceptable than before.

“It’s truly remarkable how widespread this new habit has become,” she says. “We have gained a valuable preventative tool.”

She is referring to more than Covid-19 and its variants, or even influenza. Tuberculosis, for example, has been a leading cause of death in South Africa and a long-time focus of her research. Although data show that masks could help to control the spread of that disease, social norms and stigma have impeded their adoption.

When initial Covid-19 guidelines suggested only people with symptoms needed to wear masks, she says, her thoughts immediately went to tuberculosis, for which public-health officials have made similar concessions. Thankfully, mask recommendations evolved. “The pandemic has broken that previous stigma,” says van der Westhuizen.

Hassig is reminded of other public-health interventions. The use of vehicle seat belts first arrived in the United States and United Kingdom as a recommendation, then became a law, for instance. Eventually, police began fining those who were non-compliant, and buckling up became the norm.

“Very rarely does a public-health intervention wind up being widely accepted without some kind of enforcement mechanism,” says Hassig, who still wears a mask despite being fully vaccinated, in part to encourage mask wearing.

Perkins, meanwhile, has to police her customers in rural New Hampshire – a challenging task without the backing of a state or federal mandate. At least once a day, she says, she gets a customer who asks why the shop still requires masks.

One man even chose to leave rather than put on the free mask she offered him. “People just keep asking ‘why, why, why, why?’ Some people have very strong feelings about it,” says Perkins. “I just keep telling people this is our policy at this time. It will change when we feel it is okay to do so.”