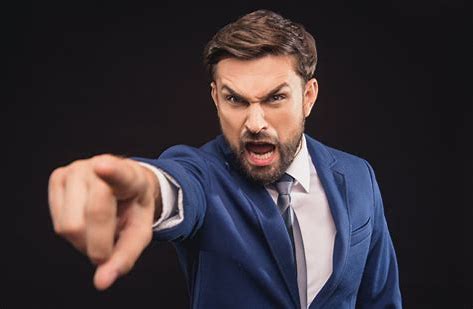 During coronavirus pandemic lockdown between 2019 and early 2022, researchers turned their focus to the medical frontlines to understand moral anguish. One recent study led by Jason Nieuwsma, a clinical psychologist at Duke University School of Medicine, analysed data from a March 2021 survey of health care workers’ moral injury crisis.

They reported potentially morally injurious experiences that included hospital policies that prohibited dying patients from receiving visitors, watching some people refuse to wear masks to protect those who were more vulnerable, and being too overworked to provide optimal care.

One wrote, “My line in the sand was treating patients in wheelchairs outside in the ambulance bay in the cold fall night. I got blankets and food for people outside with IV fluid running. I was ashamed of the care we were providing.”

During the pandemic, health care settings have been rife with potentially morally injurious events, including nurses forced to ration care and visitors who refuse to wear masks to protect more vulnerable people.

“It begs the question of whether that experience will persist over time,” Nieuwsma says. “It’s something healthcare systems need to pay attention to.”

Still, Nieuwsma, who has largely studied moral injury in a military context, says he and other researchers have been reluctant to apply the term to the civilian population. “We want to preserve the intensity” of the description, he says.

To distinguish between normal moral stress and abnormal distress at levels that may require therapeutic intervention, Litz and Patricia Kerig, a clinical psychologist at the University of Utah, propose a moral continuum.

At one end is the kind of moral frustration one might experience over an upcoming local or national election, events that are not immediately personal. Then there are more distressing events involving a personal, moral transgression (like if you behave hurtfully to someone you love or steal someone else’s idea).

A person may lose sleep over such issues, but they are not disabling and do not define the person in question. At the far end of the spectrum is the type of debilitating moral injury that consumes a person with intense guilt or shame.

But what exactly are the parameters of that injury? So far researchers and clinicians have lacked an objective measure of moral injury. To rectify that, Litz and 10 colleagues, along with a broad consortium of other experts, recently sent questionnaires to hundreds of active-duty service members and military veterans in the United States, Canada, the United Kingdom, Australia and Israel who had suffered potentially morally injurious experiences.

From their responses, the researchers identified 14 reactions that indicate the presence of moral injury. The list includes statements like “I have lost pride in myself” and “I am disgusted by what happened.” The researchers believe their new “moral injury outcome scale,” will be a useful tool for future studies.

Nearly 30 years ago, Shay saw that a diagnosis of PTSD didn’t encompass all that Vietnam veterans were dealing with. And today, psychologists recognise that the treatments don’t directly translate, either. Treatment for PTSD typically involves drugs that treat depression and anxiety, as well as therapy intended to help patients reframe negative thoughts about the trauma and gain control by facing negative feelings.

With PTSD, “we’re trying to reappraise and reinterpret and recontextualize that event, and we’re trying to get you, in the here and now, not to be as reactive to it,” says Gray. In a sense, such therapy is “backwards-acting,” he says.

For someone struggling with moral injury, however, it may not be possible to recontextualise the inciting event, because in some cases it’s truly what it appears to be: a violation of a person’s moral code. As a result, Gray says, therapy for moral injury needs to be forward-looking or what he, Litz and colleagues describe in a 2017 book as “adaptive disclosure.”

Now an Episcopal priest, David Peters (centre), performed a baptism at Lake Pflugerville in Texas earlier this year. Peters says that theology has helped him cope with the anguish he felt after accidentally killing a person in a 1994 vehicle accident.

This form of therapy attempts to help the patient come to terms with their moral injury by shifting their perspective. A patient may blame themselves or others for what went wrong, and this may be objectively true, the authors write. But in therapy, the patient can be encouraged to take ownership of the act; consider forgiving themselves; commit to actions that have real or symbolic reparative value (such as someone who harmed another by driving while drunk agreeing to speak to high school students about the dangers of mixing driving and alcohol consumption); and recognizing that condemning themselves for the horrific act cannot erase it, but can prevent them from doing good in the world going forward.

It essentially tells the person, “You have things that you can still contribute, and that ultimately will be more productive and more meaningful than just isolation and self-loathing,” Gray says.

If this sounds a lot like traditional religious teachings, that’s not far off, says Harold G. Koenig, a psychiatrist at Duke University School of Medicine. “This is something that religions have dealt with, and continue to deal with, since the beginning of time,” he says.

Koenig and colleagues have been developing what he calls “spiritually integrated” therapies for moral injury based on the scriptures of the world’s major religious traditions, as well as interventions designed specifically for chaplains to help them treat people of any faith or even those without a faith.

One example of the latter intervention is called “pastoral narrative disclosure.” It’s based on the idea that confession and absolution are key to redemption. As described in a 2018 paper, it involves helping the patient reflect on what happened, attempting to place it within the context of the person’s entire life, and then creating an absolution ritual that has spiritual meaning for the patient.

As for Peters, he’s connected with a support group of people who have accidentally killed someone, and he’s writing a book to help others in his position. He’s also taken comfort in the concept of a city of refuge, described in the Old Testament as a place for accidental murderers to stay safe from possible avengers. “I had to build a city of refuge for myself,” Peters says.

His “city” includes art, theology, the comfort derived from the community he found online and a mission to reduce dependence on cars. It’s a place, he says, “where I am able to live, but also live with the awareness that I’ve done this thing.”

Corporate culture: It’s not destiny; but that enduring sense of ‘the way we do things…even if we’ve forgotten them’