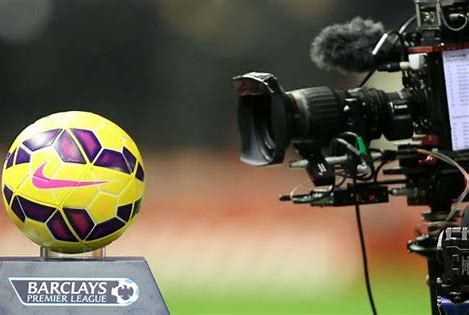 What do we learn from football viewing centres? It is a perfect example of sachetisation, a business concept that has taken Africa by storm and making access to information easier and cheaper.

For a Nigerian football fan to diligently watch their team play every week, they need to be able to fork out $24 monthly for a Multichoice subscription. As we’ve established, not many can afford this, so they turn to other options. One of which is visiting football viewing centres.

Viewing centres in Nigeria are informal neighbourhood outlets for football fans to gather in their tens and hundreds to watch their favourite teams play during the season. Depending on their location, each person pays an entry fee of about ₦100 (17 cents) and will likely add a bottle of beer or soft drink during half-time.

The average viewing centre regular would spend about ₦1,000 ($1.7) per month on English Premier League, La Liga, Serie A and UEFA Champions League matches, depending on the team they support. You can count on their dedication to the viewing centre because that is often their primary source of entertainment after a long week at work.

Beyond serving as an entertainment source, viewing centres also help regulars form strong social bonds. This way, the proprietors of the business can often estimate how many viewers will come around and how much money they will generate per month.

When Econet’s pay-TV service Kwesé launched in Nigeria five years ago, it did so with pay-as-you-watch plans, allowing users to pay for three, seven and thirty-day subscriptions. It also introduced a similar model in Kenya around the same time.

Kwesé has since shut down its pay-TV, removing content it doesn’t originally own and has to pay for. StarTimes continues to operate with its subscription plans, with marginal increments to its prices in the last few years, indicating what tier of the market it’s focused on.

IROKOtv’s sachet strategy has followed the same trend. IROKOtv, a streaming platform that houses Nigerian movies and TV shows, has also adopted this strategy to grow its total addressable market. In the company’s early days, it acquired and licensed existing content until 2014, when it launched ROK Studios as an in-house production unit.

Having raised significant venture capital, IROKO had to grow fast. One way was by leveraging its insight into user behaviour and product pricing in Nigeria. Emeka Ajene, an entrepreneur and tech analyst, wrote about this:

“As a venture-backed company focused on rapid top-line growth, IROKO incorporated a growth [and] experimentation mindset into its pricing strategy.

“For example, the company noticed the popularity of individually packaged CPG (consumer packaged goods) items which, while cheaper on an absolute basis, were more expensive on a per-unit basis than larger sizes. Leveraging this insight, [it] introduced unlimited weekly Android access to IROKOtv for ₦100, which resulted in 100 per cent growth in Nigerian subscribers within the first 30 days.”

IROKO also developed a kiosk and agent network that allowed subscribers to download digitally-protected content at physical locations without worrying about Internet and broadband data costs.

In 2021, Showmax, Multichoice’s subscription video-on-demand service, reduced the price of its mobile-only plan by 20 per cent to ₦1,200 ($2). A few months later, Netflix introduced a similar option at the same price point. Both platforms recognise the necessity of embracing this strategy to expand their user base in this market.

I wrote about this in ‘Stears lemonade machine and Netflix’s $3 beer’. I explained, “Due to the high cost of data and Internet service limitations, people are more likely to download content to their phones before watching. But even downloading content often takes time because Internet speed can be frustrating. So, Netflix is adapting its offerings by creating a mobile-only plan that addresses those problems… The introduction of this plan also indicates Netflix is going punch-for-punch with Showmax (Multichoice’s SVOD property), which also has a mobile plan for that price.”

Content production and acquisition are expensive line items for media companies. But to survive in emerging markets like Nigeria, most of them will have to embrace sachetisation. As with any business strategy, sachetisation does not guarantee success, survival or growth. However, it makes them more likely.

The lower class is far larger than the middle and upper classes, so companies will have to choose between not operating in Nigeria or adapting to reality. Some companies decide to exit and that’s perfectly fine. But the ones who stay will certainly battle with the market forces, and we know who wins in the end.