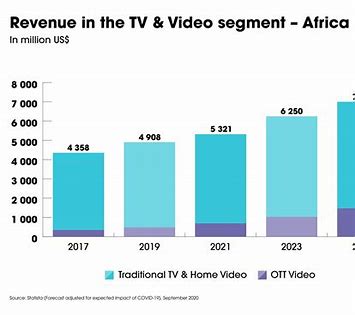 How do you price media products in a market where food is the biggest competitor for every dollar? In Nigeria, for instance, food expenditure accounts for nearly 60 cents out of every dollar spent. In Kenya, it’s a little over 52 cents. In Cameroon, it’s almost 46 cents.

These three top the list of countries that spend the most on food. The other two in the top five are Kazakhstan and The Philippines. This reality affects how else people can distribute their disposable income, including what they spend on media consumption.

Last week, I wrote an article for Al Jazeera analysing the sachetisation of Nigeria’s economy. Sachetisation is a colloquial term that describes the repackaging and breakdown of products and services into smaller, more affordable sizes. It’s one of the most effective tools for penetrating markets at the bottom of the economic pyramid.

In Kenya and the wider East Africa, it commonly referred to as the ‘kadogo economy’, ‘kadogo’ from ‘kidogo’ being Kiswahili for ‘small’ or ‘minute.’ In Kenya Royal media, through its Viusasa product that targets the millennials is raking in millions of dollars, putting it at the pyramid apex of the industry that is precariously vulnerable in a rapidly changing technosphere.

Saccharisation has become pervasive in emerging markets like Nigeria, India and The Philippines. It is an example of a pull strategy where, according to Clayton Christensen, Efosa Ojomo and Derek van Bever, businesses “respond to needs represented in the struggles of everyday consumers.” The idea is to “develop products that people want to pull into their lives,” and sachetisation builds on that.

In the article, I explained the economic conditions that make this necessary: “Since 2015, Nigeria, Africa’s largest economy, has gone into recession twice and in that time, the naira has plummeted against the dollar, losing 70 per cent of its value. That put the economy in a chokehold. But things could become even worse in the coming days.

“According to a recent World Bank report, by 2022, the number of poor people in the country is projected to reach 95.1 million – more than 40 per cent of the population. And even as the adverse economic effects of the Covid-19 pandemic linger, commodity prices are on the rise due to the effect of Russia’s invasion of Ukraine.”

I also explored how it impacts fintech, insurance, consumer goods manufacturing and pension. For example, I wrote: “The trend is also playing out in Nigeria’s tech industry and influencing how more start-ups are thinking about product pricing. The industry may still be in its infancy but is highly regarded around the world.

“In 2021, approximately 60 per cent ($1.7 billion) of the total amount ($2.9 billion) raised by Africa-based tech start-ups went to Nigeria alone. But even giants bow to market forces.

“Many technology firms appeal to younger Nigerians because they ease bureaucratic and expensive processes of investing, saving, buying insurance and accessing loans by introducing lower fees and cheaper payment plans, among other things.”

In today’s newsletter, I want to explore how sachetisation plays out in media product pricing and user behaviour. I will focus on Nigeria, where it mainly happens in two ways – tiering and unbundling.

Let’s kick off with the most prominent example. This is Multichoice’s tiering strategy. In ‘The subscription playbook’, I wrote that one of Multichoice’s biggest strengths is adapting to any economic and technological climate. With over 21 million subscribers across 50 markets, it is the largest pay-TV company in Africa.

In Nigeria, it operates two satellite TV services for different markets: DStv for the middle to the upper tier and GOtv for the lower tier. DStv has six subscription plans with prices ranging from $3.70 to $35.90 per month ($1 = ₦585, parallel market rate), while GOtv has five plans ranging from $1.54 to $9.40 per month.

DStv’s four most expensive plans are priced remarkably different and contain significantly more attractive options than its two cheapest plans. As for GOtv, while its options pale in comparison to those on its sister platform, it follows the same pricing principle.

For emphasis, DStv’s cheapest plan gives subscribers access to some entertainment and news channels, but the content is stripped to its bones. Since the channels available are likely those whose content is cheaper to acquire, it makes sense for the company to offer them “in a sachet”. The numbers add up.

Those channels with content that is more expensive to acquire then belong to the pricier tiers. Therein lies the principle of sachetisation – take something that is usually expensive as a whole, and break or strip it down into pieces that are individually more affordable. This implies that customers will have to forgo some quality, but they will still have access to some benefits.

DRC crisis: UN envoy terms recent spate of killings in Congo ‘a repeat of a brutal history of violence’