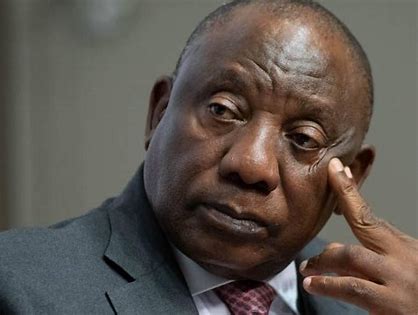 South African President Cyril Ramaphosa is facing a criminal investigation after a revelation that he failed to report the theft of about $4 million in cash from his farm in northern Limpopo province.

An account of the theft is contained in an affidavit by the country’s former head of intelligence Arthur Fraser, who has opened a case against Ramaphosa. Ramaphosa has not denied the theft but claims that he reported it to the head of his VIP Protection unit, who did not report it to the police.

In South Africa it is illegal not to report a crime and according to Fraser’s affidavit, Ramaphosa tried to conceal the theft, which happened in February 2020 when he was attending an African Union summit in Addis Ababa, Ethiopia. Several opposition parties have called for a full investigation into the theft, including whether the amount of foreign currency allegedly stolen had been declared to the South African Revenue Service.

The Democratic Alliance, the country’s biggest opposition party, said Ramaphosa should come clean on the circumstances surrounding the theft and why it was not reported to the police.

“The president is facing a crisis of credibility and cannot hide behind procedural smokescreens to avoid presenting South Africans with the full truth around the money that was stolen from his farm and the subsequent cover-up,” the opposition party’s leader John Steenhuisen said in a statement.

Another opposition party, the United Democratic Movement, has called on Ramaphosa to take a “leave of absence” while Parliament probes the incident, saying it is not prudent for it to do so while he was in office. Ramaphosa publicly spoke about the incident for the first time over the weekend since the revelations surfaced, saying the cash was from buying and selling animals on his farm.

“I want to reaffirm that I was not involved in any criminal conduct, and once again I pledge my full cooperation with any form of investigation,” said Ramaphosa on Sunday.

“I would like to say that I’m a farmer. I’m in the cattle business and the game business. And through that business, which has been declared to Parliament and all over, I buy and I sell animals,” he said.

The sales are sometimes through cash and sometimes through transfers, and what is being reported is a clear business transaction of selling animals, said Ramaphosa. He was addressing the Limpopo provincial conference of the ruling party, the African National Congress, where his political allies were re-elected, boosting his own chances for re-election as the ANC’s president at the party’s national conference in December.

Ramaphosa’s supporters have cried foul, saying the timing of the revelation is part of efforts to derail his efforts to be re-elected party president in December. The information about the theft was revealed by Fraser, the former head of South Africa’s intelligence, who is known to be loyal to former President Jacob Zuma.

Fraser controversially approved Zuma’s release from prison on medical parole last year, an action that is now being contested in court as illegal. Zuma had been sent to prison last year after he was convicted of defying the Constitutional Court by refusing to testify at a judicial inquiry probing allegations of corruption during his presidential term from 2009 to 2018.