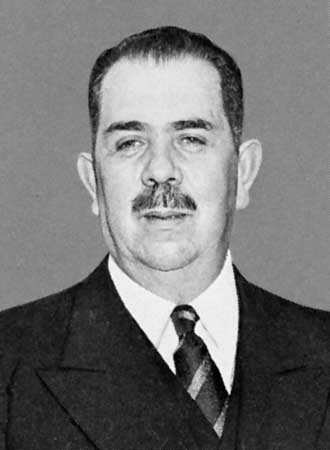 Once one of the world’s biggest producers, Mexico has had a sweet and sour relationship with the upstream industry. In my experience working in the Mexican oil and gas industry, I witnessed the transition of a nationalised industry, once described by Juan Pardinas, former director of the Mexican Institute on Competitiveness, as “hermetically sealed” and on par with that of North Korea, to an industry allowing the participation of foreign investment.

It has been quite an experience to witness such a rapid movement in an industry where nothing occurred (from a regulatory standpoint) for more than 70 years.

After so many years of stagnancy, the 2013 Mexican administration pushed for a quick reform and a faster implementation to catch up with the global industry and attract international investors. In a relatively short period, these efforts resulted in the awarding and performance of 111 exploration and exploitation contracts.

While the framework is not perfect, perhaps some of the experience could serve as an example for African countries struggling with implementing reforms or successfully structuring and launching licensing rounds.

Countries like Algeria, Nigeria, Ghana, Gabon, Somalia and Cameroon, where the most recent licensing rounds have not yielded the expected results, according to the executive chairman of the African Energy Chamber NJ Ayuk, could benefit from this experience.

Considering how Mexico’s upstream sector evolved to allow foreign investment, in this two-part article, I will be presenting certain experiences that might serve as an example in some African jurisdictions with cultural, regulatory, legislative and even colonial similarities, where oil and gas projects need to keep growing, not only to recover from Covid-19 but to serve as pillars of the economy.

The nationalisation of subsoil resources by the revolutionaries that drafted the Mexican Constitution of 1917 marked the beginning of private investment restrictions in the oil and gas industry. With such a move, Mexico had “recaptured oil but could not develop or market it without foreign capital.” So foreign involvement in the country continued to be essential for several years.

However, nationalistic sentiment, labour disputes, political unrest, among other matters, led to judicial, political and social turmoil, which eventually resulted in the 1938 privatisation of an industry formerly dominated by foreign majors.

Under the premise of “The Oil is Ours” sustained by then-President Lázaro Cárdenas, Mexican citizens of every class donated money and valuables to the government, including jewellery and livestock, to pay off foreign owners’ debt.

With the privatisation, the NOC Petroleos Mexicanos (“Pemex”) was incorporated as a vertically integrated company and granted exclusive rights over exploration, extraction, refining and commercialisation of oil and gas.

Since then, and up to the late 2000s, nothing had changed in Pemex’s monopolistic grasp of the industry, except for allowing foreign participation through risk services agreements with private companies in 1949 and a modification of Pemex’s corporate structure spinning it off in four subsidiaries (each focused on a stage of the oil exploitation process) in 1992, being Pemex-Exploration and Production in charge of upstream.

Supported by the output of the super-giant Cantarell basin (discovered in 1976), by 2004, Pemex had become one of the world’s biggest oil producers, with an output of 3.4 million bbl/d. Cantarell accounted for 63 per cent of Mexico’s total production, with peak production in 2004 of 2.1 million bbl/d.

In Mexico, Pemex had become a beacon for nationalistic principles throughout the years. Its success gave compelling arguments in support of a model of a government-led industry. At the time, a modification to the industry’s legal framework or Pemex’s monopoly came with a high political cost.

However, with a steady, unstoppable decline, by 2014, Pemex was averaging around 2.5 million bbl/d, thus indicating that Pemex alone could not stop the fall. Pemex is now the most indebted NOC globally, standing at about $110 billion in debt and production averaging 1.6 million bbl/d.

Due to several reasons, including a tax regime standing at roughly 60 per cent, Pemex has not turned a profit since 2006.

Also, Pemex was allowed to tender and execute a form of long-term risk-services agreements with private companies, where Pemex would make payments to the contractors according to performance. Such services agreements known as Integrated Exploration and Production Contracts (CIEPs) included cost recovery of Capex and payment of a fee per barrel to contractors, contingent on Pemex’s available cash flow, which resulted problematic.

CIEPs were awarded in three different tenders, mainly to service companies, as the contractual-profit scheme did not draw operators.

Finally, in 2013, under President Peña Nieto’s administration, a constitutional reform was approved by Congress, enabling international companies to participate in the oil and gas sector through service contracts, profit, and production sharing agreements, and license contracts, thereby ending the nationalization of the industry (though not of the ownership of subsoil resources).