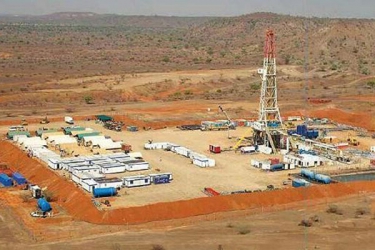 Mexico’s constitutional reform that injected impetus in the oil and gas industry was swift and it benefited from the support of the major political parties in the country following the Pacto por Mexico (Pact for Mexico) agreed right after the election and signed the day after by President Peña Nieto was sworn into office on December 1, 2012.

The Pacto por Mexico set the administration’s immediate strategic goals for every primary sector of the economy. While currently being accused of corruption, the Pacto por Mexico serves as an excellent example of working together with the political players to get things done, especially in industries as controversial as oil and gas.

The following year, President Peña Nieto signed into law secondary legislation to the Constitutional Reform, incorporating a new regulatory regime for the energy industry. The reform would become the first (and hopefully not the last) attempt of Mexico to involve private companies in the development and modernization of the sector after more than 70 years of a nationalized industry.

Involvement of foreign investment was made in a multi-stage process, beginning by allocating to the NOC most of the country’s oil reserves, followed by the launching of rapid, attractive, and successful bidding rounds. However, the manner in which such implementation was made will be delivered in part two of this article.

Mexico reformed the framework, incorporated regulators, and adopted international standards in a relatively short period. This strategy was procured carefully by the different governmental bodies and diligently planned at a political level, and it was well-received by investors who showed much interest in participating in the new market.

African countries looking to exploit their resources should act even more rapidly and diligently to draw international companies’ appetite, especially in the post-Covid-19 recovery road. Having a planned strategy for rapid reform is an effective way to attract new capital. Companies do not want to wait for years for opportunities to open.

Investors would lose interest and would probably move to other markets that moved swiftly. Such reforms must not only be aligned with political or private interests, but they must connect to the public, who must be able to feel the benefits that the reforms will bring, and not only see it as a political campaign or a ruse by politicians to give money – or even worst, oil reserves – to foreign investors.

One of the most compelling “counter-reform” arguments of the current administration in Mexico is that the energy reform did not reach its expected results. It is convincing, as Peña Nieto’s administration might have oversold the short-term benefits of the reform by promising lower electricity and natural gas tariffs, creating several million jobs, and increasing the oil rent, among others, most of which were not met. In fact, since the enactment of the reform, oil output has decreased from 2.5 to 1.6 million bbl/d, making the current government’s argument quite convincing for society at large.

This cannot be allowed to happen while pushing for reform in African countries. Countries should consider implementing adequate communication channels with the public about the industry’s benefits to avoid an issue similar to Mexico’s. Having a fluid connection and communication between the people, the regulators, and the companies is vital.

Oil and gas projects’ benefits must not be delivered only in an official address but instead, be fully comprehended and felt. Society must know where the money committed for investment is going, how it replicates in employment and the lowering of gasoline, gas, and electric tariffs, how are profits being spent (or saved), and in particular, the certainty that the money is not just going to the elites or the foreign companies.

Prioritising transparency in the licensing rounds, the resulting contracts’ performance, and the allocation of the revenue from the extracted resources, and adopting anti-bribery laws and regulations are primordial to create an optimal investing environment.

Especially in countries like Mexico, where inequality, poverty, social difficulties, political turmoil, and corruption scandals are an everyday thing, these matters are of the utmost importance to keep a strong upstream sector.

African countries should strive to connect with the public and avoid passing and implementing “secret” projects or under-the-table deals. The push for transparency needs to be grand. African countries should aim to join and comply in full with the EITI or a similar mechanism to push for transparency, which will also help build a hospitable environment for foreign investors.

Efficient communication of the results of licensing rounds, the status of the executed contracts and benefits resulting therefrom is necessary. This connection to society will also give investors certainty, as a change in public policy would be harder to achieve by incoming administrations if the voters are content with the industry’s status.

Laws as the Foreign Corruption Practices Act and the UK Bribery Act, which can be enforced extraterritorially are great instruments that can reduce corruption. However, African countries should also implement local anticorruption regulations in line with international standards to attract foreign investment.

Not even the perception of corruption should be welcomed in Africa as this would (like in Mexico) take the industry several steps back. It is an excellent opportunity for some African countries to implement or improve anticorruption systems in the industry to serve as examples to other sectors of the economies.