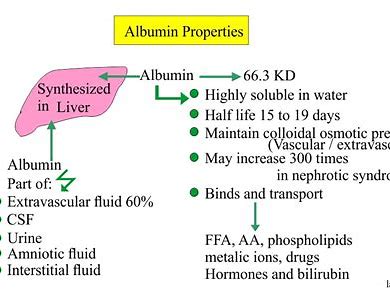 In 2021, researchers published the findings of a ground-breaking study looking into the effects of intermittent diet on type 2 diabetes care. They concluded that a fasting-like diet might help reduce the amount of albumin in the urine, which could have a positive effect on the kidneys.

Intermittent fasting is a dieting pattern that includes extended periods during which a person consumes no calories. Proponents of the diet state that it can aid weight loss and influence a person’s metabolism.

This study was the first to look at how intermittent fasting may affect the kidneys in people living with type 2 diabetes. This article reviews the study in more detail.

In the 2021 study, researchers looked at the effects of intermittent fasting on people living with type 2 diabetes and diabetic nephropathy. Their specific goals were to assess whether intermittent fasting could reduce albuminuria and determine whether the reduction had significant effects on the person’s overall health.

Albuminuria refers to higher-than-usual levels of albumin in the urine. The liver produces this protein, which circulates in the bloodstream and helps transport various substances, such as hormones.

In people with a good health status, the protein primarily stays in the blood, with only a small amount exiting in the urine. A high output of albumin can point to issues with the kidneys, such as early stage kidney disease.

By looking at the effects of an intermittent fasting diet on albuminuria, the researchers hoped to determine the diet’s potential role in managing diabetes. The researchers found that the participants who followed a fasting-mimicking diet saw a reduction in their albuminuria levels and an increase in glycaemic control and blood pressure control. They also noted that the diet helped improve insulin resistance test results.

Although the diet seemed to have positive effects and produce minimal side effects, the study authors note some limitations to its potential as a treatment.

Firstly, in follow-up testing, the intermittent fasting diet had neither lasting effect on a person’s albumin levels in the urine nor other positive effects once the person returned to a more routine diet. This could mean that a person would need to continue the diet for extended periods to maintain consistent results.

Secondly, the participants combined their diet with intensive diabetes management. In other words, the diet is not a replacement for current diabetes therapies, but it might effectively complement existing treatments.

The researchers believe that an intermittent fasting diet may have a positive effect on albuminuria levels, glycaemic control, blood pressure and insulin resistance when people incorporate it alongside intensive diabetes care.

However, more research is necessary to support these results and confirm the safety and effectiveness of this approach.

What does this mean for people with type 2 diabetes and kidney disease? If the findings of this study hold up to peer review and future studies assert similar findings, it seems that people living with type 2 diabetes may benefit from following an intermittent fasting diet.

However, the diet alone may not be enough to help a person living with type 2 diabetes manage the condition. Also, it is likely that a person will need to continue on the intermittent fasting diet in the long term to see results.

Controlling microalbuminuria may help reduce the risk of cardiometabolic complications. Experts already consider lifestyle adjustments to be a primary treatment for microalbuminuria. Adopting an intermittent fasting diet could be one such adjustment. Other steps that some people may need to take include exercising regularly, reaching or maintaining a moderate weight, avoiding smoking, limiting alcohol intake,

It is important to note that although it potentially offers many benefits, intermittent fasting can also cause adverse effects. These can include: In addition, it can cause a person who is taking insulin or certain medications for type 2 diabetes to have a higher risk of hypoglycaemia. Living with diabetes can also increase a person’s likelihood of experiencing side effects associated with the diet.

Intermittent fasting may have a future role to play in the management of type 2 diabetes. However, further research involving different groups of people is necessary to confirm its safety and overall effectiveness.

People interested in changing their diet should talk with a doctor before making any changes. It is possible that, one day, intermittent fasting may feature among the recommended lifestyle adjustments for people with type 2 diabetes.