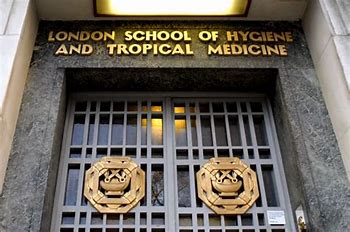 Evidence of racism and inequality at the London School of Hygiene & Tropical Medicine (LSHTM) – prestigious 120-year-old research university – has been reported in an independent review that was commissioned by the institution last year.

The LSHTM says it is “determined to do better” after the review found that staff members of colour remain under-represented and face barriers to career advancement.

The 70-page report, published on December 13, notes that “stakeholders” perceive that the LSHTM itself has not addressed and acknowledged the ways in which it has benefited from and perpetuated European colonialism.

Staff and students also told its authors that they don’t trust that complaints about racist behaviour will be dealt with fairly or sensitively.

The findings are “difficult to confront”, said LSHTM director Liam Smeeth in a statement. “Facing up to them is an essential step towards creating an environment where everyone’s contributions and perspectives are valued,” he added. “We deeply regret this and apologise sincerely to everyone affected.”

Research at LSHTM focuses on tropical diseases and public health, and includes several projects related to the Covid-19 pandemic.

“So many global-health institutions have either looked away or been lukewarm in response to growing calls to address inequities and injustices in their operations,” says Ṣẹ̀yẹ Abímbọ́lá, a global-health specialist based at the University of Sydney in Australia. On whether the review will result in meaningful change at the LSHTM, he adds: “We’ll have to wait and see.”

The LSHTM commissioned the review in 2020, after the Black Lives Matter movement inspired discussions about racism worldwide. The review’s publication follows calls to “decolonise” the funding structures of global-health research, and tensions around inequality in high-profile international health-research programmes.

The LSHTM is not the first university to undertake such a review: Imperial College London has published a number of reports, including one from a focus group in 2019 that highlighted experiences of racism and inequality.

The LSHTM report was produced by a group of six independent reviewers, supported by three experts in racial equality. They reviewed data and documents from the LSHTM, surveyed current and former staff members and students, and had targeted discussions with some participants.

Fifty-two per cent of survey respondents who were people of colour said that they had witnessed or experienced racism at the university, and the review heard of several instances in which the LSHTM had failed to act on complaints about racist behaviour.

Staff and students of colour also told the reviewers that they were reluctant to challenge racist acts because they feared causing offence, or were concerned about repercussions.

“Reports are brushed under the carpet,” one former staff member told the reviewers. A member of the professional support staff said that senior staff members who are the subject of complaints “get a slap on the wrist behind a closed door”. A current staff member said the “blatant racism” in their research unit was “out of this world”.

The review’s authors point out that the survey is not representative of all LSHTM staff, because participants were self-selected. But the report noted that institutional data shows that staff members of colour have faced greater barriers to career progression than their white counterparts.

Two-thirds of white staff members who applied for promotion from assistant to associate professor between 2017 and 2020 were successful, compared with one-third of staff members of colour.

Fifty-eight per cent of people of colour who responded to the survey ‘disagreed’ or ‘strongly disagreed’ that people of colour had equal opportunities to make progress in their careers at the LSHTM. Only 27% of white respondents gave the same answers.

“These structural issues are not specific to LSHTM. They are issues that will have gone on in other places too. It’s really important for institutions to dig in and address them,” says Mishal Khan, a social epidemiologist at the LSHTM who sits on the institution’s council.

Ngozi Erondu, an epidemiologist and public-health adviser at Chatham House, a policy institute in London, notes that the LSHTM was founded before most colonized African countries became independent between the 1950s and the 1970s.

“Pretty much any institution established before then really needs to review and reflect not only on its historical links to colonialism but also its current practices that may have just continued since that time”, she says.

The review makes a number of recommendations for the LSHTM, including mandating anti-racism training for senior leaders, and ensuring that procedures for complaints and reporting are visible and protect whistle-blowers.

Smeeth said in his statement that the university will revise its equity, diversity and inclusion plan by the end of January 2022, in line with the review’s recommendations.

“It will not be a quick or easy journey, but work is already under way and this review accelerates and strengthens the change that is needed,” says Mohamed Osman, an independent member of the LSHTM’s council and chair of its diversity and inclusion committee. “If, by releasing this report, LSHTM is taking one of many steps to help to create a more inclusive and equitable sector, then that is one positive outcome,” he adds.