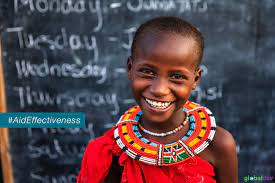 Kenya’s political elite have listed cash transfers to poor households to ameliorate up to two million people pushed into financial doldrums by a dysfunctional economy, made worse by coronavirus pandemic and effects of climate change.

The cash transfer proposal – bait for votes – has been well-received by the electorate as expected in a country where 16 per cent of the population lived on less than $2 per day in 2021.

When he made public a snapshot of his manifesto when declared he is in the race to succeed retiring President Uhuru Kenyatta, former Prime Minister Odinga promised to set aside Ksh6,000 ($50) every month for two million households to enable them meet basic needs – food, shelter and health.

This is in addition to free education and universal health cover. The latter has yet to take off since it was mooted by President Kenyatta more than two years ago.

As details of the cash transfer programme – known by its Kiswahili name Inua Jamii (Support for Family/Society) – are worked out, questions and doubts have been raised about the sustainability of the project in a tanking economy.

Other presidential hopefuls in Kenya have equally talked about cash transfers, but they are yet to make public details of a programme that has been criticised elsewhere as a prescription dependency culture.

Starting in 2019, the Stockton Economic Empowerment Demonstration (SEED) in Stockton, California, gave 125 residents $500 per month for two years, no strings attached. They mostly spent their money on necessities, not “temptation goods” such as alcohol or tobacco.

To many other people, however, especially (but not exclusively) on the right, the basic-income idea is anathema. Quite aside from the cost, which the government would have find a way to fund, “free” money is widely seen as discouraging work, rewarding bad choices, creating a culture of dependency and being an open invitation for recipients to squander every cent they get.

As Republican Senator Chuck Grassley of Iowa put it, referring to the 2017 tax cut, the cut “recognizes the people that are investing, as opposed to those that are just spending every darn penny they have, whether it’s on booze or women or movies.”

From the evidence-based policy perspective, however, the impact of a basic income is a question to be settled by data — a stance that has resulted in an extensive research literature.

In 2017, for example, economist Ioana Marinescu reviewed a number of randomised trials and natural experiments that have mimicked aspects of a basic income in the North American context. Marinescu, now at the University of Pennsylvania, included the 1970s-era US and Canadian trials of a “negative income tax” that returned money to people with earnings below a certain threshold; the Alaska Permanent Fund that has shared oil revenues with state residents since the early 1980s; a casino dividend that’s been distributed to members of the Eastern Band of Cherokees since 1997; and even lottery winners.

Writing in the 2019 Annual Review of Economics, researchers likewise looked at basic-income-like initiatives from the developing world – among them a nationwide cash transfer launched by Iran after the government halted its food and fuel subsidies in 2011. And in 2020, the city of Stockton released an interim report on the first year of its basic-income experiment, written with independent researchers from the Universities of Tennessee and Pennsylvania.

What’s striking about these studies and many others is how consistent the findings are. Sure, says Paul Niehaus, an economist at the University of California, San Diego, and a co-author of the 2019 review, if you’re in a cherry-picking mood “you can easily find stories to confirm your view of the world.” There will always be that one individual who does indeed squander all his money on “temptation goods” like alcohol, drugs or tobacco.

But when you aggregate the data over all of the study’s participants, says Niehaus, such individuals tend to be the exception, not the rule. Even in the most deprived populations, he says, he and his colleagues find that recipients still spend much of their money on things like food, shelter and education — or even, in some cases, starting new businesses.

Some studies also show that recipients are at least somewhat more likely to have jobs than their counterparts in the control group — possibly because having a more stable financial situation makes it easier for them to go out and look for work. (Among the few examples to show a decline in employment rates were the 50-year-old negative income tax experiments. But even there, according to Marinescu, the drop barely had statistical significance.) And recipients often report substantial improvements in quality-of-life measures like nutrition, health and educational attainment.

That said, adds Niehaus, few if any of the experiments to date have been a truly rigorous test of the basic-income idea, mainly because of their limited scope.

So would people’s spending habits be any different if they knew their basic needs would be met for the next decade, and not just for the next year?

A basic-income experiment carried out by Finland in 2017-18 found that recipients felt more economically secure than a control group. Scores for days of employment, life satisfaction and self-reported depression were also slightly better for recipients than for controls.

Since 2017, Niehaus has been part of a team of researchers trying to answer such questions with the largest and longest trial of the basic-income idea yet. Encompassing 14,474 households in Kenya, the experiment has randomly assigned 295 villages either to a control group that gets no payments; a lump-sum group in which every adult villager gets a one-time payment of about $500; a short-term group in which every adult gets 75¢ per day for two years (enough to meet basic needs in Kenya); and a long-term group in which the same daily payments will last for 12 years.