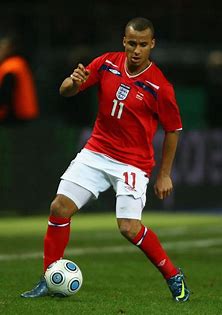 Gabby Agbonlahor has opened up on his relationship with his estranged birth mother who left him and his three siblings when he was two years old.

The TalkSport host and Aston Villa hero showed real bravery to discuss his own experiences following Sir Mo Farah’s admission about his past.

The former forward, who is now a popular presenter with TalkSport enjoyed a wonderful playing career in which he scored 86 goals and provided 57 assists in 391 appearances for his boyhood club, as well as earning three caps for England.

Agbonlahor was speaking during a discussion around Sir Mo’s new documentary, The Real Mo Farah, in which he revealed that he was separated from his mother and brought to the UK illegally as a child, having his name changed from Hussein Abdi Kahin.

Discussing the documentary, Laura Woods, Ally McCoist and Agbonlahor expressed great sympathy for what happened in the Olympian’s childhood, before the ex-Villa man spoke of his own experiences at being separated from a parent, albeit in very different circumstances.

Agbonlahor initially did not hear from his mother following her decision to leave, and said “the upsetting part” is that he believes she got back in touch again only after he had ‘made it’ as a footballer.

“It was a bit strange when you get to eight or nine and you start to realise that your step mum is not your birth mum. The only disappointment during that whole process was when I made it at Aston Villa.

“A few years afterwards she got in touch through The Daily Mirror and the upsetting thing for me was that she hadn’t tried to contact my two older brothers and my older sister, so there was only one reason she was getting in contact and that’s because I’d made it as a footballer and there was maybe something to benefit her.

“That was the upsetting part for me. It’s obviously different circumstances to Mo Farah.”

Asked if he has a relationship with her now, Agbonlahor said, “No.”

Farah’s revelations sparked a deep conversation in the TalkSport studio

He added, “It had a different effect on my sister because she was eight and so she maybe had a closer bond. She saw her once when she was a bit older, but still she wasn’t continuing to speak to her.”

Gabby then said his past experiences have helped him become a better father to his own children.

“It’s probably helped me with my kids,” he added. “I’m lucky to have four kids and you want to do the best that you can for your kids when you’ve been through something like that. It was disappointing, but these things happen.”