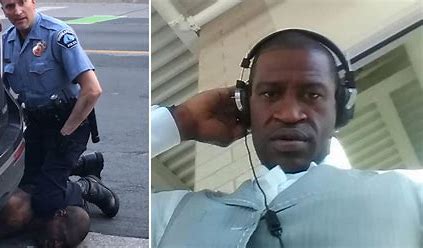 Derek Chauvin, the former Minneapolis police officer convicted of murder in the death of George Floyd, will serve 22 and a half years in prison, closing a chapter on a case that sparked global outrage and protests.

Hennepin County District Judge Peter Cahill said the sentence was not based on public opinion, “emotion or sympathy.” He said he was not trying to “send any messages.”

“This is based on your abuse of a position of trust and authority and also the particular cruelty shown to George Floyd,” he told Chauvin. The judge said he also wanted to “acknowledge the deep and tremendous pain that all the families are feeling, especially the Floyd family.”

Prosecutors had asked that Chauvin receive 30 years in prison. His lawyer had sought probation. Hours before the hearing began, Cahill denied a request from Chauvin’s attorney for a new trial. He also denied a request to hold a hearing on juror misconduct.

Chauvin was convicted in April of second- and third-degree murder, as well as second-degree manslaughter.

“At this time due to some additional legal matters at hand, I’m not able to give a full, formal statement,” Chauvin said. “I do want to give my condolences to the Floyd family. There’s going to be some other information in the future that would be of interest and I hope things will give you some, some peace of mind.”

The sentencing hearing began with statements from four of Floyd’s family members: his daughter, Gianna Floyd; his brothers Terrence and Philonise Floyd; and his nephew Brandon Williams.

Gianna, who appeared by video, said she asks about her father “all the time” and misses that he is not around to help her brush her teeth at night. “I want to play with him, have fun, go on a plane ride,” the seven-year-old said.

Philonise Floyd said that he has begged every day for justice to be served.

“George’s life mattered,” he said. “I am asking that you please find it suitable to give Officer Chauvin the maximum sentence possible. My family and I have been given a life sentence.”

Chauvin’s mother, Carolyn Pawlenty, also spoke during the hearing. She called her son “a good man.”

“Derek is a quiet, thoughtful, honorable and selfless man,” she said. Pawlenty said her son’s identity has “been reduced to that of a racist.”

“Even though I have not spoken publicly, I have always supported him 100 per cent and always will,” she said.

Under Minnesota statutes, Chauvin could be sentenced only on the most serious charge: unintentional second-degree murder, which has a maximum sentence of 40 years.

Cahill could have sentenced him to as little as 10 years and eight months or as much as 15 years in prison and remained within sentencing guidelines. The presumptive sentence for a person like Chauvin, who had no criminal history, is twelve-and-half years for second-degree murder.

Last month, Cahill ruled that prosecutors had proven there were aggravating factors in Floyd’s death, paving the way for a longer sentence.

Floyd, a Black man, was handcuffed, in a prone position on the street May 25, 2020, as Chauvin, who is white, knelt on his neck for nine-and-a-half minutes while Floyd said he couldn’t breathe and went limp. Floyd’s gruesome death — captured in a harrowing bystander video that was posted to Facebook and widely viewed — ignited a reckoning on racial disparities in America and fuelled calls for police reform.

In arguing for a 30-year sentence, prosecutors said there were five aggravating factors in Floyd’s death. In his ruling last month, Cahill wrote that the prosecution had proven four of those factors: Chauvin abused his position of trust and authority; treated Floyd with particular cruelty; committed his crime in the presence of children “who witnessed the last moments” of Floyd’s life; and with the active participation of at least three other people. (Cahill said prosecutors did not prove that Floyd was particularly vulnerable.)

In a sentencing memo released after the hearing, Cahill said his decision to depart from sentencing guidelines and give Chauvin a longer sentence was based on only two of those factors.

He wrote that Chauvin killed Floyd in a “manner that was particularly cruel and an abuse of his authority.”

“It was particularly cruel to kill George Floyd slowly by preventing his ability to breathe when Mr Floyd had already made it clear he was having trouble breathing,” Cahill wrote, citing his earlier ruling.

Chauvin “manifested his indifference to Mr Floyd’s pleas for his life and his medical distress” by not providing aid, declining suggestions from two other officers to do so and preventing bystanders from helping, he wrote.

“Part of the mission of the Minneapolis Police Department is to give citizens ‘voice and respect,'” the judge wrote. “Here, Mr Chauvin, rather than pursuing the MPD mission, treated Mr Floyd without respect and denied him the dignity owed to all human beings and which he certainly would have extended to a friend or neighbor.”

In addition to the prison time, Cahill said Chauvin was barred from possessing firearms, must provide a DNA sample and register as a predatory offender. The ex-officer was granted credit for 199 days already served.

“Like the conviction of Derek Chauvin two months ago, today’s sentencing is not justice, but it is another moment of real accountability on the road to justice,” Ellison said in prepared remarks delivered shortly after the hearing.

“My hope for Derek Chauvin is that he uses his long sentence to reflect on his choices and his life. My hope is that he will be able to find it within himself to acknowledge the impact of his choices on George Floyd, his family, his fellow police officers, and the world,” Ellison said. “My hope is that he takes the time to learn about the man whose life he took and about the movement that rose up to call for justice in the wake of George Floyd’s death.”

Chauvin’s attorney, Eric Nelson, did not respond to a request for comment.

Chauvin’s conviction was a rare occurrence: It is unusual for police officers to be prosecuted for killing someone on the job. Philip Stinson, a criminal justice professor at Bowling Green State University in Ohio, has found through his research that Chauvin is one of only 11 nonfederal law enforcement officers – such as police officers, deputy sheriffs and state troopers – who have been convicted of murder for on-duty killings since 2005.

Chauvin and the three other former police officers involved in Floyd’s arrest – J. Alexander Kueng, Thomas Lane and Tou Thao – were fired the day after Floyd’s death. They are also awaiting trial in federal court on charges of violating Floyd’s civil rights.