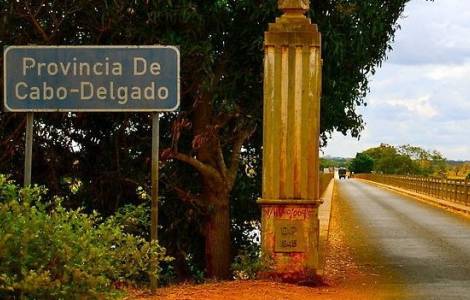 “You may kill me with your hatefulness, but still, like air, I’ll rise”. Maya Angelou was so right. These profound words do ring true today when we look at the recent cowardly attacks by terrorists on defenceless Mozambicans.

There’s so much at stake in Mozambique, where the separatist militia known as Haul Sunnah Wa-Jamo (ASWJ) has stepped up its campaign to seize territory in Cabo Delgado, the country’s northernmost province.

On March 24, more than 100 ASWJ fighters attacked Palma, a town in Cabo Delgado, from three sides. Mozambique’s Defence and Security Forces, known locally as SDS, moved in quickly and mounted a counter-attack the next day, but they were not able to regain control immediately.

Moreover, they did not arrive in time to prevent Palma’s residents from violence and death. As of the time I’m writing this, the exact number of casualties is still unknown, but credible sources have reported that there are dead bodies on the streets of the town – and that some of the corpses have been beheaded.

Mozambique’s government has strong incentives to push back against ASWJ, which has been staging deadly attacks in Cabo Delgado since 2017.

From a diplomatic and political standpoint, it is keen to preserve the territorial integrity of the country and quash the threat to the central government’s authority. (This is a sensitive issue, since residents of Cabo Delgado feel marginalised and ignored by the government, even if they don’t view ASWJ as a viable alternative.)

From a geopolitical standpoint, it is intent on prevailing against a group that is serving as the local arm of the Islamic State, also known as Daesh. It’s not interested in letting the country become a haven for terrorism. And yes, this is terrorism – not fighting, not unrest, but terror. Sometimes we in the energy industry have to call it for what it is, no matter how careful we may want to be.

Mozambican leaders understand very well that launching a counterinsurgency push in Cabo Delgado against these extremists will not just defeat the tiny and desperate bands of armed terrorist. Instead, if experience in the rest of the world is any guide, it could transform these zeros into heroes.

It will embolden them and strengthen their resolve. And it will enable them to excel in their favourite role, that of persecuted martyr. We must win them over with carrots and sticks and transform communities. Pretty smart thinking. They want to do this right and they want results and still keep the country together. We should support them.

From an economic standpoint, it is determined to eliminate obstacles to the development of the huge natural gas fields that lie off the coast of Cabo Delgado. These gas reserves have already attracted more than 50 billion worth of investment commitments from consortia led by major international oil companies (IOCs) such as France’s Total, Italy’s Eni and US-based ExxonMobil.

Total and its partners have already devoted a great deal of time, effort and money to the establishment of an onshore base and liquefied natural gas (LNG) plant on the Afungi Peninsula.

This complex, which is just a few kilometres away from Palma, will support upstream development work at the offshore block known as Area One. It isn’t yet complete, though. If it can’t be finished, Total will have a hard time proceeding with its $20 billion Mozambique LNG project – and Eni and ExxonMobil will have a hard time following suit with their own South Coral LNG and Rovuma LNG projects.

This is a real threat, given that Total had to suspend work and evacuate energy workers from the construction site in January following a series of attacks near Palma in December. Indeed, it’s worth noting that the attack on Palma occurred shortly after reports emerged that Total was preparing to bring workers back before the end of March.