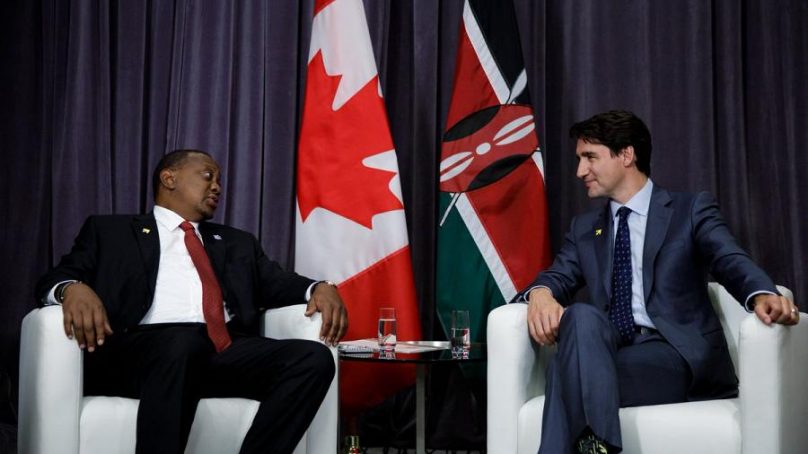 Kenya announced today announced that it had joined the Canada-Africa Chamber of Business as a full member of the 27-year-old organisation. The announcement was made by the East African nation’s Charge d’Affaires at the Kenya High Commission in Ottawa Stephen Lorete.

The chamber of business was founded almost here decades ago to accelerate trade, commerce and investment between Africa and Canada.

Speaking from the organisation’s offices in Ottawa, Canada, during a virtual conference on Tuesday chair of the board Sebastian Spio-Garbrah who confirmed Kenya’s membership said, “I am pleased to welcome an African hub and a leader on the continent.”

The Canada-Africa Chamber of Business is an independent, not-for-profit organisation with strong working links with both Canadian and African businesses and governments.

Leading chief executives and heads of state together with investors, entrepreneurs and policy-makers, took part in a virtual conference that also attracted scores of speakers and tens of thousands of delegates who signed into the webinar, while others attended in-person and.

“We are excited by this new partnership with The Canada-Africa Chamber of Business. We look forward to benefiting from the expertise and knowledge of over a quarter a century of promoting trade and investment between Canada and Africa,” said Charge d’Affaires at the Kenya High Commission in Ottawa Stephen Lorete.

Mr Lorete pointed out, “Kenya is a leading and one of the fastest growing economies in Africa with many attractive trade and investment opportunities across many sectors, and we invite the Chamber’s membership and the general Canadian business community to take advantage.”

The trade and investment ties between Africa and developed countries are being forged at a time either side is experiencing transitions in their demographics.

Most notable of the fact Africa population remains one of the fastest growing in the world, estimated to be nearing 1.5 billion people. Africa is therefore expected to be the driving force of the world’s dynamism, with its young population in an aging world.

The economic shift from West to East is today’s news, an imminent move South is the premise for investors and businesses building African templates for worldwide success, the conference themed The Template for Success, heard.

After being accepted into the fold, a packed programme of action will immediately accompany Kenya’s accession to The Canada-Africa Chamber of Business.

Over the next two months three major events are scheduled to take place. These are: the second session of the binational commission meeting between Kenya and Canada with a strong trade and investment component taking place in Nairobi, Kenya between next month from April 13-15, 2021.

It will be followed in mid-April by an announcement on a historic memorandum of understanding between The Canada-Africa Chamber of Business and representatives of Kenya’s private sector. The MoU is a follow up of a seminar held in Nairobi last year involving Canadian Trade Minister Mary Ng and companies from both countries.

“Apart from my country of birth, there is no other nation on the continent in which I have spent more time than in the incredible country of Kenya,” said president of The Canada-Africa Chamber of Business Garreth Bloor.

Mr Bloor added, “Today we are honoured to welcome a leading economy, comprised of some of the world’s top business leaders. The opportunities are immense and work toward realising Canadian trade and investment in Kenya is already well-underway.”