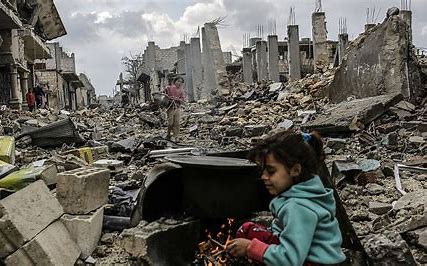 With over a decade of conflict in Syria, and the Ukrainian war overshadowing crises in the Middle East, international assistance is being cut and humanitarian programmes are shutting down. Mental healthcare in Jordan is already underfunded in the public sector, too.

Jordan’s refugee population is likely to be particularly in need of the few services that do exist. Dr Mohammad Abo-Hilal, a Syrian psychiatrist who has worked in Jordan, said refugees are at increased risk of psychiatric disorders as they are more vulnerable to the traumatic effects of violence, loss, the destruction of homes and livelihoods, and prolonged displacement.

Abo-Hilal had fled in 2011 to Jordan, where, together with Syrian psychologists, he set up an NGO that provides psychiatric and psychosocial support to refugees and raises awareness about mental health issues.

Non-Jordanians are barred from certain professions in Jordan, and Abo-Hilal was unable to work as a clinical psychiatrist in the country. He moved to Turkey in 2014, where he continues to work with refugees. He believes that a community-rooted approach is the best way to address the current mental health crisis and reduce the stigma that prevents many from looking for help.

“Suicide is not just about mental health, and it’s not an individual issue,” said Abo-Hilal. “It’s also about deteriorating living conditions, about a lack of basic needs, and about social injustice. So, we need to deal with it as a collective issue and to look at the structural problems to be able to solve it.”

Shaken by the loss of their friend and alarmed by the rise in depression and suicidal thoughts among young people, members of Jadal, the cultural centre where Jawad used to work, decided to host a collective mourning session and organise events to raise awareness about mental health.

“We are not talking about individual acts of despair,” he said. “It’s collective suffering, so it takes a collective approach to solve it.”

“Our goal is to create a safe space for people to know they are not alone,” said Fadi Amireh, Jadal’s co-founder and a close friend of Jawad’s. For Amireh, the reasons behind the rising suicide rates in Jordan are political, social and economic.

“We are not talking about individual acts of despair,” he said. “It’s collective suffering, so it takes a collective approach to solve it.”

Others in Jordan are creating campaigns to change the stigma around mental health and suicide and making resources available online for anyone seeking mental health treatment.

Hareb, which means “fight” in Arabic, a social media campaign started by psychiatry resident Yazan Halasa, conducts awareness-raising sessions to promote mental health as an essential component of health, and to combat the perception of mental illness as weakness.

Circle of Hope, a youth-led organisation founded by psychologist Renad al-Qurani in 2019 when she was still a student, is collecting information about psychosocial support to make it easier for people to look for help in Jordan.

“We gathered resources on mental health and will make them available online so people will know where to find help and also be able to find more information about therapy and mental health,” al-Qurani explained, adding that Circle of Hope will soon launch a website with listings of psychiatric and psychological service providers.

Psychiatrist Sarhan has also created an online campaign to fight mental health stigma in the Arab world, and is working with a psychologist and a publisher to create booklets on mental health to distribute in Jordanian schools. But he pointed out that awareness-raising initiatives are not enough.

“We need to be able to provide proper mental healthcare services,” he said. “What’s the point of raising awareness and telling people they are sick if then we are not able to provide treatment?”

Amireh of Jadal believes that one of the ways of pushing back against the proposed new law and lack of mental healthcare in Jordan is to band together.

“Instead of addressing the structural problems, the government is trying to punish and repress the symptoms of the crisis,” he said. He pins his hopes on community-based initiatives providing support and mutual aid. “We need to stand in solidarity with each other, to take responsibility for our own societies and to take care of each other.” In the end, he said, “that’s all we have.” ‘Amman is a prison’: How and why many young Syrian and Jordanian refugees are committing suicide