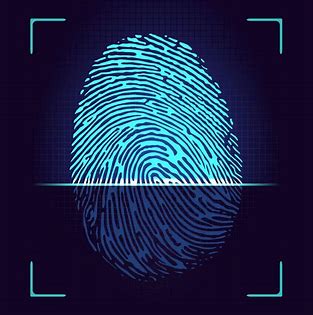 For more than 100 years, recording people’s fingerprints has involved them pressing their fingertips against a surface. Originally this involved ink but has since moved to sensors embedded in scanners at airports and phone screens.

The next stage of fingerprinting doesn’t involve touching anything at all.

So-called contactless fingerprinting technology uses your phone’s camera and image processing algorithms to capture people’s fingerprints. Hold your hand in front of the camera lens and the software can identify and record all the lines and swirls on your fingertips. The technology, which has been in development for years, is ready to be more widely used in the real world.

This includes use by police – a move that worries civil liberty and privacy groups.

“The underlying component of this is an image processing algorithm that works with computer vision principles to transform the photograph of fingers into a machine-matchable fingerprint,” Hatcher says.

To accurately collect someone’s fingerprints, a person’s hand should be around five centimetres away from a phone’s camera, Hatcher says. From here, the company’s machine learning algorithms identify your fingertips and process the image. The system, Hatcher says, is able to detect the ridges that define your fingerprint by identifying shadows and lighter areas.

“We need a camera that has autofocus on it,” Hatcher says. It’s possible to pick out fingerprints using a phone camera with a resolution as low as two megapixels. The result is a traditional fingerprint image, which can then be matched against existing databases.

Last week, Telos was announced as a joint winner of a US National Institute of Standards and Technology (NIST) competition, which looked at the performance of contactless fingerprinting systems and how they can be used by law enforcement. According to a report by the industry title Biometric Update, the results indicate the technology is ready for a wider rollout.

Contactless fingerprints are just one part of a rapidly expanding biometrics industry, which sells ways to gather and process the data created by our bodies. Biometrics can include face recognition, the way you walk, the patterns of veins in your wrist, and the way you sound. Among other things, the technologies are being used to replace passwords and help with proving your identity when opening a new bank account. Biometrics is a big business, with some estimates saying the market could be worth $127 billion by 2030.

Despite the increase in biometric technology, it can prove controversial. Theft or spoofing of fingerprints and other biometric information can lead to fraud and identity theft. Some lawmakers in Europe are pushing for bans on the use of biometric technology to identify people in public spaces – saying such surveillance technology could be “the end of anonymity.”

Shweta Mohandas, a lawyer working on privacy issues at the non-profit Centre for Internet and Society, in India, says any new technologies should face privacy- and harm-impact assessments before they’re widely used.

“More worrying issues would be when these technologies will be imported into developing economies, which neither have standards in place nor a robust data protection legislation to protect the individuals from harms that might arise,” Mohandas says.

“The presented usability study shows that the majority of users prefer a contactless recognition system over a contact-based one for hygienic reasons,” the researchers write. “In addition, the usability of the contactless capturing device was seen as slightly better.”

Law enforcement agencies have also taken a keen interest in the new fingerprinting method for several years. (The FBI has a database holding more than 160 million people’s fingerprints). One 2017 biometrics review by the FBI and other US government staff says contactless fingerprinting would potentially allow people’s prints to be collected faster and more efficiently than by existing methods.

By using smartphone cameras, police wouldn’t need mobile fingerprint readers nor would they need to take people to stations to collect their prints. “But by and large, what we’re allowing to happen is use cases that are already in effect to be leveraged more efficiently and more cost-effectively,” Hatcher says.

The FBI-linked review also highlights some of the risks. It says people may not properly understand that their fingerprints are being gathered. “An impersonal collection method does not necessarily trigger the owner’s recognition of a biometric record creation,” it says.

“As the technology evolves, we’ll see increasing possibilities for people to be ‘fingerprinted’ remotely and without their knowledge,” says Daniel Leufer, a senior policy analyst at the European NGO Access Now. “When technologies like this become more accessible and easier to use, they’ll be used more often, increasing the risk.”

At the extreme end of the scale there have already been several examples of police forces identifying suspects by pulling fingerprint data from photos they’ve shared online.

There’s also the potential that easier fingerprint collection results in more people’s data being recorded. For instance, police in the UK have been using fingerprint scanning devices that clip onto smartphones since 2018. The tests involve scanning one finger using a device that plugs into a smartphone’s charging port, providing potential matches against a database in under a minute.

A Wired investigation in late 2020 found the devices were being disproportionately used to target ethnic minorities – in some areas Black Britons were between three and 18 times more likely to be stopped and scanned than white people.

“There is a lot of evidence showing intent in countries such as Greece and Italy to use ‘handheld’ biometric devices to identify migrants,” says Ella Jakubowska, a policy adviser at the civil rights NGO European Digital Rights. The technologies have the “capacity to exacerbate discrimination,” Jakubowska says.

The biometrics industry at large is pushing toward “seamless” biometrics, Jakubowska says. “We’re seeing this idea across many different use cases, with providers trying to remove manual steps in biometric processing,” Jakubowska adds. “The problem is that when we talk about meaningful, informed consent, this becomes a lot harder when people are no longer as conscious and conscientious about the data that they are providing.”