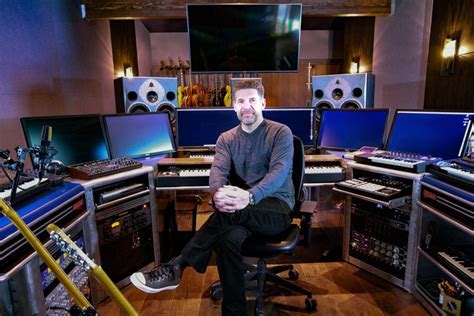 In 1985, saxophonist Merryl Goldberg found herself on a plane to Moscow with three fellow musicians from the Boston Klezmer Conservatory Band. She had carefully packed sheet music, reeds and other woodwind supplies, along with a soprano saxophone, to bring into the USSR.

But one of her spiral-bound notebooks, lined with staves for hand-notating music, contained hidden information.

Using a code, she had developed herself, Goldberg had obscured names, addresses and other details the group would need for their trip in handwritten compositions that looked, to an untrained eye, like the real melodies she’d written on other pages of the book.

Goldberg and her colleagues didn’t want to give Soviet officials details of who they planned to see and what they planned to do on their trip. They were going to meet the Phantom Orchestra.

The group was a dissident ensemble that Goldberg describes as an amalgamation of Jewish refuseniks (Jews who were barred from emigrating out of the USSR), Christian activists and Helsinki monitors – watchdogs who tracked Soviet compliance with the 1975 Helsinki Accords.

The Americans’ trip was funded and coordinated by the non-profit Action for Soviet Jewry (now Action for Post-Soviet Jewry), which works on humanitarian relief in the former Soviet Union and was focused on helping Soviet Jews emigrate to Israel and the United States.

The trip was a rare and special opportunity for American and Soviet players to meet in the USSR and make music together. It was also an opportunity for the American musicians to smuggle information about aid efforts and plans to the Phantom Orchestra, and for the ensemble to send updates out, including details about individuals looking to escape the Soviet Union.

Goldberg and her colleagues, all of whom are Jewish, travelled to Moscow separately in two pairs to make it less likely that they would arouse suspicion as a group. They had received training on how to react to questioning and been told to expect surveillance, even run-ins with Soviet officials, throughout their trip. But first Goldberg needed to get her notebook past border control.

“When we arrived, we were immediately pulled aside, and they went through everything in our luggage, to the point of unwrapping Tampax. It was crazy,” said Goldberg, when she was presenting about the experience and her musical code at the RSA security conference in San Francisco. “With my music, they opened it up and there were some real tunes in there. If you’re not a musician, you wouldn’t know what’s what. They went page by page through everything – and then they handed it back.”

Goldberg says that while the code worked and Soviet officials didn’t confiscate their music, they did interrogate all four travellers about what they planned to do while in the USSR.

“We were brought into a room with a big burly guy who banged on the table and yelled at us,” remembers Goldberg, now a music education professor at California State University, San Marcos.

Musical note names span the letters A to G, so they don’t provide a full alphabet of options on their own. To create the code, Goldberg assigned letters of the alphabet to notes in the chromatic scale, a 12-tone scale that includes semi-tones (sharps and flats) to expand the possibilities.

In some examples, Goldberg wrote only in one musical range, known as treble clef. In others, she expanded the register to be able to encode more letters and added a bass clef to extend the range of the musical scale. These details and variations also added verisimilitude to her encoded music.

For numbers, Goldberg would simply write them between the staves, where sometimes you might see chord symbols. She also added other characteristics of composition, like rhythms (half notes, quarter notes, eighth notes, whole notes), key signatures, tempo markings, and articulation indicators like slurs and ties.

Most of these were there to make the music look more legitimate, but some doubled as coded supplements to the letters hidden in the music notes. She even occasionally drew tiny diagrams that could be mistaken for charts to remind herself of where a meeting place was located or how to deliver something. During a tour of Russia, American musicians were tailed by Soviet agents and repeatedly questioned