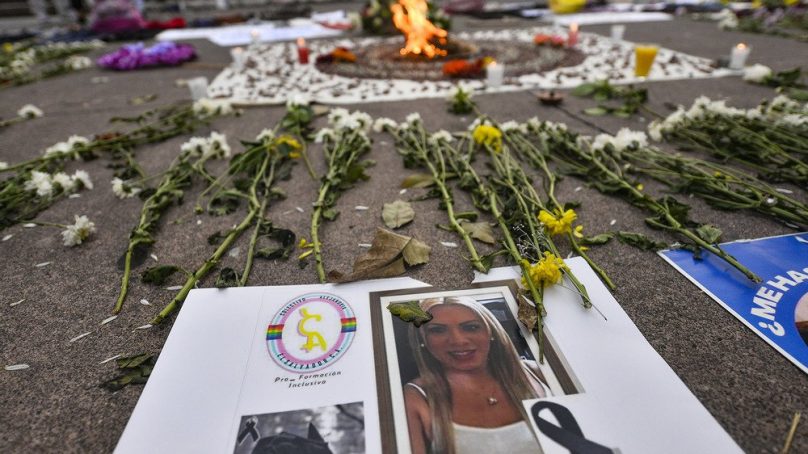 A highly significant 2014 case granted asylum to a Guatemalan woman, whose abusive husband had pursued her around the country, beating her on the grounds that she was part of the particular social group: “married women in Guatemala who are unable to leave their relationship.”

The case was held up as precedent, and lawyers started arguing domestic violence-based asylum cases along similar, narrow categories to give their clients the best chance at receiving protection.

“People were timid to put out gender as the defining characteristic of the group and kept trying to narrow it in various ways, which led to these convoluted groups and this circular reasoning,” Nancy Kelly, a lawyer at the Harvard Immigration and Refugee Clinic, explained.

In June 2018, everything changed. Jeff Sessions, attorney general under the Trump administration at the time, used his prerogative as the country’s chief law enforcement officer to issue a ruling in the asylum case of a Salvadoran woman who had suffered 15 years of brutal domestic violence before being able to flee to the US.

The move was part of the Trump administration’s wider effort to constrict access to asylum, and Sessions created a broad precedent, ruling that claims “pertaining to domestic violence or gang violence perpetrated by non-governmental actors will not qualify for asylum”.

Following the ruling known as Matter of A-B, it became much harder for women like María to receive protection. Many lawyers offering pro bono legal support to asylum seekers stopped taking on clients with gender-based violence claims because they considered the cases unwinnable, according to Steven Schulman, a lawyer mentoring Heger and one of the leading experts on gender-based asylum in the US.

“It didn’t grind them to a complete halt, but it certainly narrowed the available path to asylum,” Schulman said.

Despite the setback, some immigration attorneys including Schulman, Kelly and Deborah Anker, founder of the Harvard Immigration and Refugee Clinic, saw an opportunity to make the argument that asylum could be granted solely on the grounds of persecution relating to gender, instead of the hyper specific categories that were previously the norm. Their approach achieved some success even with Sessions’ ruling on the books.

Heger was also spurred to action by Sessions’ ruling. Borrowing from the long tradition of civil rights litigation in the US, she developed a plan to try to find a way around it and generate enough case law that women with gender-based asylum claims would be less vulnerable to the anti-migration policies of future presidential administrations.

Now based at the Human Rights Initiative of Texas, where Holston is executive director, Heger strategically selected 17 gender-based violence asylum cases, which she thought she had a good shot of winning. Like María’s, these cases all had clear documentation of the alleged abuses and of the failure of the governments in the women’s home countries to intervene and provide protection. Based on this, Heger can argue that the women are in need of protection because of specific acts of violence and persecution connected to their gender while also meeting the other criteria for asylum.

“I am not familiar with anybody else being so strategic,” Schulman said of Heger’s approach.

If Heger is able to win María’s case, which will likely still take years to conclude, María will be granted permanent residence and protection in the US. The same goes for the other 16 women Heger is representing. And, if the Board of Immigration Appeals, the government body responsible for reviewing and applying immigration laws, publishes its decision on one of Heger’s cases as precedent, that will help establish the framework for the approval of future gender-based asylum claims, according to Schulman.

But regardless of the outcome of the cases, Heger’s work has already helped push the ball forward. “[She] put a focus on the importance of recognising gender as a particular social group, and regardless of where the law goes from here, that impact will be profound,” Schulman said.

The impact of Heger’s work – and that of dozens of other advocates around the country – can already be seen in an executive order on migration issued by Biden shortly after he took office this year.

Among other things, it directed attorney general Merrick Garland to review whether the US provides protection to people fleeing domestic and gang violence in a manner consistent with international standards and to clarify the circumstances under which a person should be considered a member of a “particular social group”, opening the door for US immigration rules to recognise gender as part of the category.

In June, in response to the executive order, Garland threw out Sessions’ 2018 ruling, paving the way for María’s case – and others like it – to move forward.

If Garland’s forthcoming recommendations do end up recognising gender as a particular social group, it wouldn’t eliminate the need for Heger’s work. Each woman on her roster still has to prove her protection claims in front of a court.

What might change is the way in which Heger and other lawyers argue cases. “It moves us from arguing about whether or not gender is a particular social group to arguing whether or not someone was persecuted on account of their gender,” Schulman said.

Regardless of the new regulations, or the eventual decisions in the cases Heger selected, seeking asylum in the US will remain a last resort for victims of gender-based violence, according to Heger. And a clear legal path for them to receive protection in the US won’t change the situations driving them to flee their homes in the first place, she added.

“I think the ultimate answer is that each of the countries where these women are living, sees them and acknowledges them and fights for their protection … [and] will no longer stand for this gender-based violence,” Heger said.