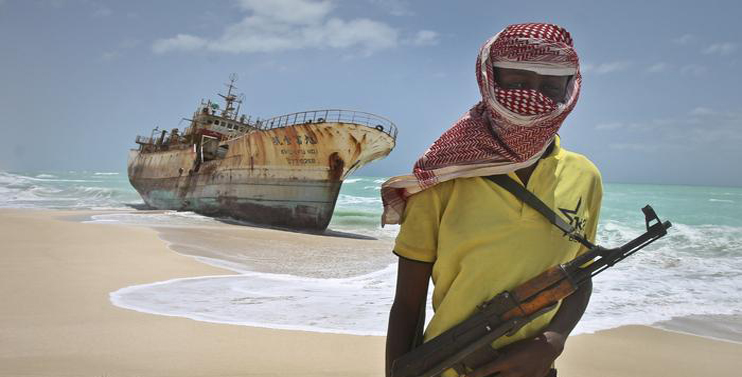 The seas off West Africa, particularly in the Gulf of Guinea, have been a hotspot for increasingly violent maritime crime, particularly piracy.

In 2020, 136 seafarers were abducted in 27 incidents in the Gulf of Guinea and according to Dryad Global, the attacks are becoming increasingly violent as the use of guns was reported in over 80 per cent of kidnappings last year.

In August the International Maritime Bureau (IMB) reduced the High-Risk Area (HRA) in the Indian Ocean, but piracy off the Horn of Africa is still a very real threat, days after the HRA announcement, a vessel was attacked by pirates off Somalia.

On August7, the Institute for Security Studies (ISS) held a webinar to explore the role of African coastal states in maritime security, suggesting a collective approach, with capacity building from the international community for states that lack effective law enforcement at sea.

In the Indian Ocean, unidentified dhows traffic heroin from Afghanistan and weapons from similar boats are trafficked to Yemen and Somalia. On the Atlantic, fishing boats with cocaine cross from Brazil, bringing large quantities of drugs into African ports.

Other challenges include national security issues, strategies that are often sea blind, navies under-equipped for extensive patrolling and pursuit beyond territorial waters, corruption, strategies and security measures that are limited to major ports, lack of training, inadequate levels of interagency partnership, poor intelligence and situational awareness and legal limitations.

Regarding piracy across the globe, the International Maritime Bureau in July said there has been a major decline in incidents from 2020 to 2021, with 68 incidents of piracy and armed robbery against ships in the first half of 2021 – the lowest total since 1994 – down from 98 incidents during the same period last year.

In the first six months of 2021, the IMB reported 61 vessels boarded, four attempted attacks, two vessels fired upon and one vessel hijacked.

Despite the overall decline in reported incidents, violence against crews has continued with 50 crew kidnapped, three each threatened and taken hostage, two assaulted, one injured and one killed throughout the first half of 2021.

The Gulf of Guinea continues to be particularly dangerous for seafarers with 32 per cent of all reported incidents taking place in the region, according to the IMB. The region accounted for all 50 kidnapped crew and the single crew fatality recorded by IMB during the first half of 2021.

Joubert indicated that attacks have been taking place further away from the coast since 2019 and moved around 220 nautical miles off the coast from 2021. The decline in piracy off the West Coast of Africa can be attributed to increased pressure on pirate networks by African navies, the implementation of the Deep Blue Project in Nigeria and the Gulf of Guinea Maritime Collaboration Forum.

“Although incidents are down, pirate networks remain intact. They are unaffected as we saw no arrests during this time,” warned Joubert. Thirty-six pirates and robbers were arrested in the Gulf of Guinea in 2020, this year the amount is less than ten.

Prosecution of pirates is essential is ensuring the crime does not remain low risk, high reward for criminals. Nigeria’s Suppression of Piracy and Other Maritime Offenses Act of 2019 is bearing fruit, as the cooperation of African navies led to the arrest and prosecution of 10 pirates responsible for attacking a Chinese fishing vessel.

There are more examples of cooperation and strengthened law enforcement, specifically in Nigeria, but Joubert notes that more cooperation between African navies, including information sharing, is needed.

Captain Mohammad Shettima, Deputy Defence Attache (Maritime) for the Embassy of Nigeria and Permanent Representative to the African Union, believes there are enough laws and acts in place to deal with maritime crime. Shettima said the problem lies in the implementation.

“I’ll give you an example: the Gulf of Guinea Commission, which has been in existence for almost 15-20 years now, with lots of countries with lots of resources, [has seen] only two [countries who] have been consistent in paying their annual dues.”

Shettima raised another important concern over governance in Africa. In the 1960s and 1970s, coups to overthrow colonial or other rulers were happening across the continent. Militaries were almost exclusively used to take over states and at one time, according to Shettima, 80 per cent of African countries have been governed by a military.

Establishing maritime laws, security foundations, investment and preventing sea blindness is not what armies or army-led governments focus on.

“That’s why you have more army than anything else. For instance, there is an island nation, it has 12 500 land forces and 500 marine forces. How illogical can it get?” asked Shettima, adding things have since balanced out with most African defence forces and there is now a strong focus on a blue economy in Africa.

“Even the AU [African Union] is talking about blue economy but the AU does not have a maritime department,” Shettima pointed out.

Shettima went onto say that professionals rather than politicians need to be invited to talks and meetings in understanding and managing the blue economy in Africa. He explained his reasoning through an example of insurance premiums.

The International Maritime Organisation (IMO) has given countries off the West African coast a war risk classification, translating to higher insurance premiums. This means higher prices for African people buying imported goods and paying more to export their goods. “This translates to how many people are paying insurance: 1.3 billion people, for something they don’t connect with,” added Shettima.

Another issue is most African countries do not have an understanding of where the navy starts and where the coast guard starts. The colonial divide (Anglophones and Francophones) is also an issue to Shettima. “There is a level of distrust on the ground, I am telling you this from my own experience.”

Politically, sectors of maritime industries fall under different departments such as fishing falling under agriculture and trading falling under commerce. A ministry for the maritime environment, Shettima believes, will increase synchronisation.

Shettima concluded in saying he is working with stakeholders from the Economic Community of West African States (Ecowas) to establish a standing multinational joint maritime force. “This, in my opinion, is the only solution. Once we have that at an Ecowas level, I am sure we will have continental approval from the AU to do such a thing.”