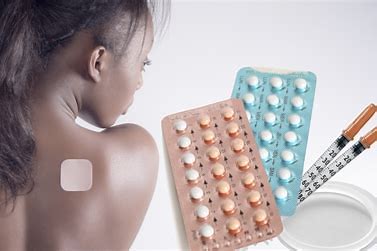 Mary Pelton started taking the pill in 1969. Back then it was still fairly new and something she describes as “an absolute breakthrough.”

In upper sixth form at the time, the then-teenager had been prescribed it by her general practitioner (GP) as treatment for irregular periods.

Now 70, Mary recalls how it felt “exciting to be safe from pregnancy,” as sex education at school at the time focused on all the possible negative outcomes of sex and sexuality rather than any positive.

It’s been 60 years since the early contraceptive pill Conovoid was given to women across the UK – something later seen as a move that changed the landscape of feminine health forever.

Initially, only married women could be prescribed it through the National Health Services (NHS), however, not long after the pill was later made available to singletons, Mary felt it became “expected” that women would be the ones taking sole responsibility for contraception.

“So many fell pregnant using condoms and the Cap or the rhythm method,” she explains. “[The advent of the pill] then led to the “free love” movement where single women having premarital sex became the norm and glamorous too.”

GP Dr Sarah Jarvis says that there’s no doubt the pills impact on society has been gargantuan – arguably even bigger than “any other medication in the history of medicine.”

“The fact that, despite the thousands of types of tablets prescribed every day, everyone knows what “the pill” speaks for itself,” she says. “It’s hard to imagine that before the invention of the oral contraceptive pill, no woman could be reliably in control of their own fertility. The advent of the contraceptive pill caused seismic shifts in women’s abilities to determine their own destinies and to have their own careers.”

According to Sarah Toler, science content lead at period tracking app Clue, the availability of the pill was crucial for giving women the independence to enter the workforce en masse – and earn their own money in a way many had previously been unable to do.

“Personal income allows women to leave violent situations, invest in their futures, and provide a better future for their children,” she explains. “Another lesser mentioned impact of the pill was the ability to have premarital sex. Sexual pleasure is a human right and integral to our hierarchy of needs. The pill granted women access to participate in human pleasure without dire consequences. Wellbeing is improved when all of our body’s functions are available to us and under our control.”

Talking about her own experience taking the pill from age 17 for painful periods, Sarah says: “I’m very grateful for the pill because I was able to focus on my education and career instead of worrying about becoming pregnant.

“I’m also thankful for what it’s done for the generations of women in my family who are business owners, educators, and academics.”

Claire Hattrick can still recall the churning sensation in the pit of her stomach as she sat in the car outside the sexual health clinic.

“You didn’t often go to the GP back then,” she remembers. “You had to go to a special clinic. My mum had no clue what I was up to. There was no way we would have discussed something like that. Teenage girls lived in fear of getting pregnant, as it would have brought huge shame on their families, yet we didn’t discuss with them how we stopped it from happening either… I imagine they just hoped we weren’t having sex.”

Claire is now 53 and has 23-year-old twin daughters. She says it’s hard to believe just how much the conversation surrounding the pill has changed over the years.

“When my girls were ready to go on it, they told me straight away,” she says. “For them, it is simply about taking responsibility, so why wouldn’t I want to know about that? However, when I was younger you just didn’t discuss it with your parents.

“I found out about the pill from friends and magazines, and it was something we all took as soon as we started having sex. It was drummed into us as being the only reliable form of contraception, so we didn’t look at other options. Back then, if you had an unplanned pregnancy when you were young, not only would it heap huge shame on your family, but it was seen as something that would ruin your life. There was no sense that you could be a single mum and still have a successful, happy future.”

“Getting the pill from the Family Planning Clinic in the 1970s as a single girl meant facing questions from a matronly doctor about our relationship, whether we were engaged and when we planned to marry,” adds Mary.  We were made to feel embarrassed as we had to pretend to such plans or be judged promiscuous.”

In fact, Claire, who runs the female support blog Clipboard Claire, says it took a serious car crash for her to finally admit to her mum she was taking the pill.

“I was stuck in the front seat and my head had banged the dashboard. I remember the paramedics saying I needed to go to hospital and that they had called my mother,” she remembers. “I began to panic that she might be told what medicine I was taking, so when she arrived, I blurted out to her. Of course, she was more concerned about whether I was going to be okay. But still, we never spoke about it again.”