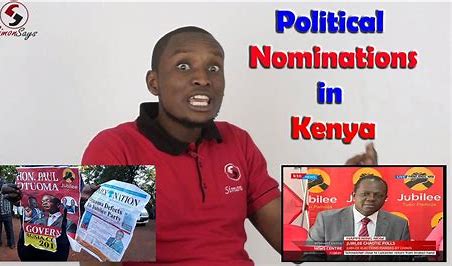 Kenya: Winning elections is always the goal, but violence, kidnappings, assault and death are never too far

The countdown to Kenyan elections – such as the August 9, 2022, General Election – carries a certain sense of foreboding for aspiring politicians and their staff. Winning an election may be the goal, but facing threats, kidnappings, assault and even death is never of the question.

Recently, Kisii politician Thomas Okari was found dead with stab wounds at his home in Kisii County near Lake Victoria. Across the country, in Mombasa, United Democratic Alliance member and local politician Ali Mwatsahu survived an attack when unknown gunmen sprayed his vehicle with bullets. Mwatsahu is running for member of parliament of Mvita, a hotly contested seat in the coastal city of Mombasa.

But it’s not just local politicians targeted. In 2017, Independent Electoral and Boundaries Commission ICT manager Chris Msando was tortured and strangled to death. His remains were found in the Maguga Forest in Kiambu County, less than 30 kilometres from the capital Nairobi.

According to political scientist Brian Wanyama Singoro of Kibabii University, even presidential candidates are not out of the woods, referring to a recent incident where rowdy youths stoned the helicopter of opposition leader Raila Odinga.

“The security agencies and the government came in very strongly,” Wanyama observes.

“They arrested the culprits. The following day, [Deputy President] William Ruto apologized on behalf of his people [supporters] because this incident took place in his political stronghold. If this incident had been ignored, I’m very sure it would elicit a lot of revenge from Raila Odinga’s followers.”

The 2022 elections see two Kenyan stalwarts go toe-to-toe for the country’s top office. Deputy President William Ruto faces opposition leader Raila Odinga. But, in a twist of loyalties, outgoing President Uhuru Kenyatta ditched his deputy and has thrown his weight behind the opposition leader Odinga to succeed him. This election would mark the fifth time Raila Odinga has been vying for the presidency.

Kenya’s multiparty elections have historically not always gone smoothly. The 2007-2008 general election between incumbent Mwai Kibaki and Raila Odinga descended into chaos, ushering in one of the darkest chapters of the country’s political history since independence in 1963. The post-election violence claimed the lives of more than 1,130 people and displaced up to 600,000 others.

Joyce Chepkemoi, 39, barely survived the 2007 elections after she and her husband were brutally attacked and mutilated by a mob carrying machetes. Her husband was killed. Chepkemoi recalled that she was so severely injured that she was left for dead, regaining consciousness in a morgue.

“I won’t vote again in the Kenya elections. I am against tribalism, elections, violence and protests. I urge especially the youth not to be violent in the elections like what we went through in 2007. Whoever is in power, let them rule, let us just have peace with our children,” she says.

“We all know elections in Kenya are tribe-oriented,” she said, adding that leaders abuse Kenya’s diverse ethnicity by “using the divide and rule technique.”

However, Kenyan political pundit and cartoonist Patrick Gathara argues that because this year will see a new leader in power, he’s optimistic there will be less violence.

“I don’t expect anything along the scales of 2007/2008,” Gathara says, adding, “the state is the number one perpetrator of violence when it comes to elections. It is not just politicians sort of going out and inciting people.”

He said the police killed the vast majority of people in 2007. “And once the state doesn’t have as much of a stake, there is much less incentive for people to shoot people.”

Human Rights Watch also singled out Kenyan police as acting with impunity. The rights organisation sees this as a cause for concern in the East African nation, noting that security forces’ multiple cases of abuse, including killings, go unpunished.

Ironically, this dynamic might help decrease election violence perpetrated by security forces, according to Gathara.

“When there is no incumbent, the state is trying to hedge their bets because they’re not sure who’s going to come in next. It might be Odinga, it might be Ruto. They don’t want to be on the wrong side of that historical divide.”

“We have also seen the independence of the Supreme Court,” he observes, citing the court’s opposition to President Kenyatta’s Building Bridges Initiative (BBI), which was seen as a blow to the ruling elite. He argues that no group would sway the court, which has boosted ordinary Kenyans’ confidence.

“Our hope is that the court will do a good job, unlike in 2007 and those other years where the courts were easily manipulated by government. It looks like now things have changed and everybody has to play ball.”

Gathara is still wary of taking political accusations targeting at face value. While acknowledging the dangers for local politicians and the deadly precedents for politically motivated violence around elections.

“Many times, claims are made for the purpose of garnering the attention and sensationalising differences and issues,” he says. However, Gathara added that the problem is bigger, in terms of occurrence and seriousness, at a local political level than at the national level.

Wanyama also points out that acts of violence targeting politicians have the opposite effect and “galvanises” support for the opponent.

“Unfortunately, some of our politicians have perfected the art of using force to their advantage. It does not create unity; it just helps create divisions that are not healthy to any citizen.”

Still, Nairobi residents like 35-year-old Jay Maina, who lives in an informal settlement, are already wary of the upcoming months. Many Kenyans migrate from urban areas around election times to their rural homes.

With a sense of worry, he explains: “There is some tension, there is some panic before the elections. There might be some intimidation, so people have tried to go back to their ancestral land.