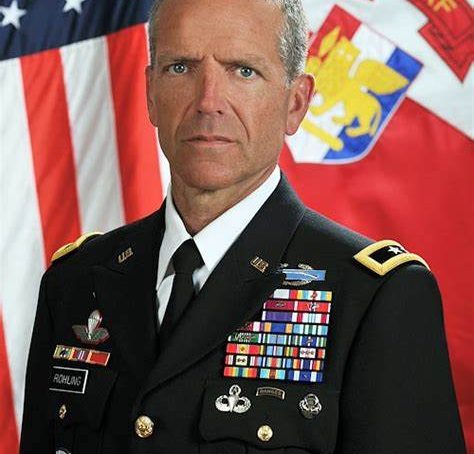 Kenya and US agree to ‘broaden and strengthen’ security partnership

Kenya and the United States have agreed on a deal to broaden and strengthen the security partnership, US Army Southern European Task Force, Africa commander Major General Andrew M. Rohling, announced on Wednesday upon completion of a four-day tour to the East African nation between March 2 and March 5.

Maj Rohling provided scanty details of the deal that will see the US prop up further Kenya’s fight against terrorism and piracy, which remain the hallmarks of its neighbour to the east – Somali – that has been for decades the theatre of conflict between Islamic jihadist and successive foreign-undergirded national governments.

As part of the cooperation, the US has undertaken to provide training for all the formations of the Kenya Defence Forces (KDF), share intelligence and support surveillance along borders with countries in conflict, namely Somalia, Ethiopia and South Sudan.

“The United States stands shoulder to shoulder with Kenya in our mutual objective to keep Kenyans and Americans safe through support and cooperation across all branches of the Kenya Defence Forces, including annual education and training, shared intelligence and surveillance, joint military exercises, high quality military equipment and pandemic response,” the Africa Command (Africom) says in a statement that was sent out on Wednesday.

The latest military cooperation between Kenya and the United States comes almost three months after Washington announced the relocation of its 800 troops from Somalia to Kenya. For more than two decades since the 1998 terrorist twin attacks on US embassies in Kenya and Tanzania, Somalia has been the launching pad of attacks in Nairobi, Mombasa and the major towns in north-eastern Kenya – Garissa, Mandera and Wajir and the coast.

During the withdrawal of American troops from Somalia, Africom spokesperson Col Christopher P. Karns said the repositioning of the troops was completed ahead of the deadline in a presidential directive last December that ordered the troop removal by mid-January.

US troops supported and mentored an elite Somali unit known as the Danab (Lightning) Brigade.

US military officials had earlier said that most of the personnel would be repositioned in the region, but Karns would not provide a breakdown of where the US forces have been moved to in Africa “due to ongoing operations.”

Rohling officiated at a ceremony laying a foundation stone for a new simulator facility at the Kenya Army School of Infantry in Isiolo County in northern Kenya, part of $4 million (approximately Ksh438 million) in current US government support to training infrastructure enhancements at the School of Infantry.

The project, developed in coordination with KDF senior leadership, is expected to significantly improve the quality of training for roughly 3,000 KDF military personnel who train at the school each year before deployment to combat operations, Africom explains.

At Lang’ata, he was hosted by Major-General George Ngang’a, who is the director of medical services.  During the visit, he met with wounded KDF service members.

Additionally, Rohling had the opportunity to address representatives from Kenya’s Parliamentary Committee on Defence and Foreign Relations on SETAF-AF’s role in supporting the overall US-Kenya bilateral defence relationship.

“The US Army remains committed to the KDF by building interoperability among our troops and improving military institutions,” said Rohling. “I am proud of the work the US Army has done to assist the KDF, and I look forward to the future opportunities that will build upon our longstanding partnership.”