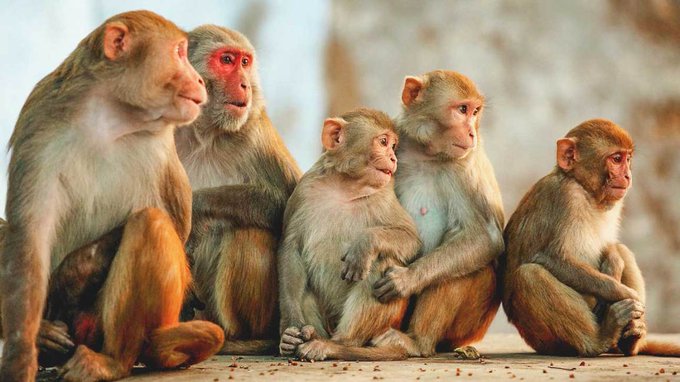 The monkeys, natives of the Democratic Republic of Congo (DRC), were confiscated in September 2020 following a surgical strike on an international wildlife crime syndicate that operates between the DRC and South Africa.

The recovery of the primates has been hailed as a historic as it is the first such operation in Africa during which poached animals were repatriated to natural habitats.

The traffickers were intercepted by Zimbabwean immigration officials as they tried to cross into Zambia. Zimbabwean officials moved with speed to confiscate the animals and arrested the traffickers after the latter failed to produce requisite permits for wildlife movement.

The arrested persons were identified as MbambiI John, Msiwa Overton, Begoex Nzeyi Okitelanga and Bulangongo Ekaye. The four were charged under Zimbabwean laws on wildlife conservation that prohibit movement of rare species, a category to which the monkeys belong.

They tried and found guilty of all the three counts by a Karoi magistrate’s court. The court fined them a total of $6000 or serve six months in prison in default. Being foreigners, will be deported to their respective countries upon payment of the fine or completion of the jail term.

The monkeys were subsequently surrendered to Zimbabwe for repatriation to the DRC. Zimbabwean judiciary has been hailed for bold decision and described as “understanding the importance of this case as well as the need for repatriation of the monkeys.”

During the repatriation the monkeys were taken care of by Zimbabwe Parks and Wildlife Management Authority supported by the Chirundu Anti-Poaching Unit, Hemmersbach Rhino Force and the Tikki Hywood Foundation.

The Pan African Sanctuary Alliance (PASA) – a network of 23 primate sanctuaries across 13 African countries – was alerted as soon as the animals were confiscated.

“A truck with smuggled primates is almost certainly part of a wildlife crimes syndicate,” said Executive Director of PASA Gregg Tully. “We knew immediately that this was a significant rescue. In fact, it’s the largest in PASA’s 20-year history.”

The interception is one of the biggest illegal wildlife trafficking haulage in Zimbabwe and one which has led to better understanding of how the illegal wildlife trade is changing and how laws must be reviewed to take care of such as this within the structure of the different country’s legislation.

The success is an outcome of coordinated and combined efforts of the Zimbabwean police, Parks and Wildlife Management Authority, National Prosecuting Authority of Zimbabwe and the Department of Veterinary Services.

Acting in solidarity with the Provincial Minister for Environment, the organisations negotiated with their counterparts in Zimbabwe to work out the logistics of the rescue.

In addition, non-governmental organisations assisted in ensuring the operation was successful both in the DRC and in Zimbabwe. The groups include Conserve Congo, a non-profit that investigates wildlife crimes in DRC. In Zimbabwe, Chirundu Anti-Poaching Unit, Hemmersbach Rhino Force and the Tikki Hywood Foundation took part in the rescue.

“International rescues are quite challenging,” said Chantereau. “But working together and being patient yet persistent were the qualities we needed to be successful.”

In late January of 2021, Congolese Provincial Minister of the Environment who is also an ICCN representative as wells as JACK veterinarian, drove to Zimbabwe to retrieve the monkeys.

At the Chirundu border post, where the monkeys were confiscated, the DRC team was given custody of the wildlife. They relocated back to DRC following facilitation by Hemmersbach Rhino Force.

“The next morning,” said Chantereau, “it was wonderful to see the enclosures full of monkeys! They were running, playing, jumping.” He noted that the monkeys were still quite small and were probably very young when they were poached.