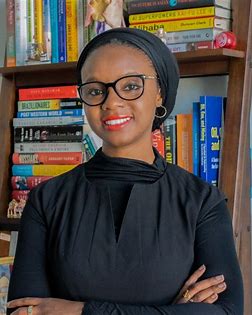 A United States Geological Survey estimated in the year 2000 that the Guyana-Suriname basin’s reserves stand at 13.6 billion barrels of oil and 32 trillion cubic feet of gas, but subsequent discoveries and surveys have taken updated estimates way beyond those numbers.

On this basis, the basin represents one of the largest hydrocarbons finds of the 21st century, says Dr Zainab Usman, a senior fellow, and director of the Africa Programme at the Carnegie Endowment for International Peace in Washington DC.

The discoveries made offshore Guyana account for the lion’s share. By Dr Usman’s projections, Guyana’s oil wealth could result in oil earnings that are beyond what Qatar, Kuwait and Norway earn on a per capita basis by 2025. This perspective was outlined in a recently published discussion paper by the Centre for Local Business Development (CLDB).

Expounding on her forecast, Dr Usman set the tone by providing a picture of where Guyana’s oil production places it among top producers. She noted that in 2020, Guyana produced an average of 74,300 barrels of oil equivalent daily, placing the country as the 57th largest oil producer globally.

When current projects in development enter the production phase, the industry expert said daily output is projected to reach 750,000 barrels per day by 2025. Importantly, she said this will propel Guyana to the 24th place globally, above Azerbaijan’s 700,400 barrels per day.

Depending on the progressivity of the fiscal regime, global oil prices, and the high likelihood that the country’s deep-water oil discoveries could keep growing as companies continue oil exploration, the expert said hydrocarbons will represent a disproportionately large share of export earnings and fiscal revenues.

She articulated in her discussion paper that these oil and gas financial flows from initial projects are already estimated at 56 per cent of total exports in 2021 with government revenue estimated at $50-$200 billion through to 2050.

“To put it in perspective, Guyana’s total government revenues were $1.4 billion in 2018. Hydrocarbon revenues will thereby dwarf all other sources of revenue given the size of Guyana’s small non-oil revenue base, and oil production is expected to be the driver of economic growth in the medium term. With a small population size of 786,000 people, Guyana will earn high oil rents per capita,” Dr Usman articulated.

In other words, the expert in economic policy, energy policy and emerging economies in Africa asserted that Guyana is positioned to produce a lot of oil and earn a lot of revenue for each of its citizens. Currently, Dr Usman said the country produces the equivalent of roughly 24 barrels per citizen every year. When output gets to 750,000 barrels per day by 2025, Dr Usman said this could be the equivalent of 238 barrels per citizen for the year, higher than all of the current top 10 producers.

She said, “Ballpark estimates suggest that Guyana’s oil earnings per capita by 2025 could exceed those of the wealthy Gulf Cooperation Council (GCC) countries such as Qatar, Bahrain, Kuwait, Oman and UAE; Norway in Europe; as well as Gabon and Equatorial Guinea in Africa.”

Whether revenues remain hidden and aggravate socio-political problems depend on Guyana’s mechanisms for checks and balances, the expert stated. But taking all these factors into consideration, she said in no uncertain terms that Guyana’s large revenue windfall will have a decisive impact on its economy, institutions and society.