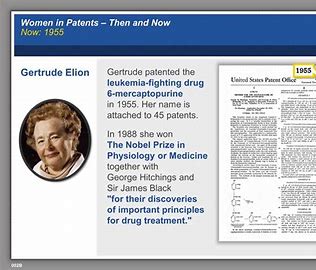 When Rembrand Koning’s wife was giving birth to their first child in 2017, the couple was dismayed by the lack of technology for new mothers who were recovering from pregnancy complications. Baby scales were hard to use one-handed, breast pumps were frustrating and there were few resources to help Koning’s wife with the post-partum pre-eclampsia that she experienced.

It seemed, Koning says now, as if designers of healthcare technologies had little first-hand knowledge of childbirth and the difficulties that could arise.

Perhaps, reasoned Koning, an economist at Harvard University in Cambridge, Massachusetts, the relative scarcity of women’s health products on the market was due to a scarcity of women inventing them.

A study that he published in June confirms this theory: few biotechnology patents are owned by women, and female inventors are significantly more likely than are male ones to patent health products for women.

Patenting inventions has long been a mainly male endeavour: a 2016 report by the Institute for Women’s Policy Research, a US non-profit organization that aims to improve the lives of women by shaping public policy, found that a woman was cited as the lead inventor on just 7.7 per cent of all patents filed between 1977 and 2010 in the United States. Those female-owned patents tended to involve products such as jewellery and clothing.

Koning theorizes that those who have the opportunity to invent anything have a strong influence on what actually gets invented. When inventors are diverse, he adds, “those people may see problems that men may have dismissed or overlooked”.

To find out whether this trend extends to the health field, Koning and his colleagues looked at more than 400,000 biomedical patents filed between 1976 and 2010 with the US National Bureau of Economic Research, a non-profit organisation that collates all data from the US Patent and Trademark Office.

Next, using a machine-learning algorithm, the researchers scoured the patents for terms that indicate whether the invention related to women’s or men’s health, then determined the gender make-up of the patent-holders for each. Teams made up of all women, they found, were 35 per cent more likely than all-male teams to invent technologies relating to women’s health.

But teams made up of all women or all men were equally likely to patent technologies for men’s health. If women and men had produced an equal number of patents since 1976, the researchers estimated, there would be 6,500 more female-focused inventions today.

Koning says that there are probably multiple reasons for these disparities. The unequal numbers of patents produced by men and women suggests that fewer women have the chance to invent. That’s not surprising, he says, given the barriers that women face advancing in science and engineering fields. Still, the discrepancy is particularly striking considering that half of life-science PhDs in the United States are held by women.

Elina Berglund, a particle physicist and entrepreneur in New York City, is also not surprised by the findings. “It makes sense to me that one is more likely to spend time innovating or solving a problem that they have either experienced or are close to,” she says.

After failing to find an effective non-hormone-based, non-invasive form of contraception, Berglund co-developed an application that used an algorithm to track fertility cycles. In 2018, Natural Cycles became the first direct-to-consumer contraceptive application to be approved by the US Food and Drug Administration.

“I realised the unmet need for this option for contraception by experiencing it myself,” says Berglund, who is now chief executive of Natural Cycles. “I believe that the gender gap is indeed why women’s health has been an under-served and under-researched area for so long.”

Mathias Nielsen, a sociologist at the University of Copenhagen who researches social stratification in science, says that Koning’s study represents the first time that anyone has quantified an issue that he says researchers have long suspected: less attention is given to innovation in women’s health because the mostly male entrepreneurial field researches it less.

“It’s a very interesting and important contribution to the discussion of how diversity links to innovation,” he says.

Sociologist Laurel Smith-Doerr, who studies gender diversity in science, is not surprised by the gender gap in patenting, but says that the link between women’s patents and women’s health is an important advance. She thinks that further research is needed to examine how gender and ethnicity collectively influence invention trends. The same work needs to be repeated with nationality, she argues, and also with regards to whether the inventor is the first in their family to attend university.

Smith-Doerr, who is at the University of Massachusetts Amherst, adds that inventors are often drawn to work on problems that affect their own daily lives. That could partly explain why diseases that disproportionately affect those from minority ethnic groups or people who live in developing countries tend to receive less research funding and interest than do diseases that affect financially privileged white people.

If research teams were more racially diverse, the focus of their interest might change, she says. “We’d be better off with inventions that represent all of the knowledge and all the human capacity we have,” she says.

Diversity, she adds, is also important for ensuring that medical devices and technologies that target all genders benefit all of them equally.

“Historically, the male body has been taken as the baseline,” Nielsen says; certain technologies and practices such as personal protective equipment and drug-dosing regimens don’t necessarily work well for women.

Koning expects that the male-heavy invention trend is also visible in the concepts that make it to the marketplace. Venture capitalists are much less likely to fund women’s inventions: start-up companies led by women in the United States received only 2.3 per cent of total venture-capital funding in 2020, and women represent just 12 per cent of venture-capital decision-makers.

Koning thinks that this trend might extend to inventions that most benefit women. He cites stories about venture capitalists shying away from touching a breast pump, for instance, thinking it was “gross”. Men are also more likely to be on the scientific advisory boards of companies and start-up businesses.

Koning says that his team is now looking into digital health products and applications and whether they benefit certain communities or genders more than others. The team also plans to look at whether the gender imbalance in entrepreneurship affects the products that are brought to market.

“Our hope is that in 20 years, some of this stuff starts disappearing,” he says.

Covid vaccines and blood clots: Why do some people develop mysterious clotting disorder after Covid jab?