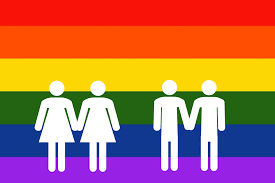 To evolutionary biologists, the genetics of homosexuality seems like a paradox. In theory, humans and other animals who are exclusively attracted to others of the same sex should be unlikely to produce many biological children, so any genes that predispose people to homosexuality would rarely be passed on to future generations.

Yet same-sex attraction is widespread in humans, and research suggests that it is partly genetic.

In a study of data from hundreds of thousands of people, researchers have now identified genetic patterns that could be associated with homosexual behaviour, and showed how these might also help people to find different-sex mates and reproduce.

The authors say their findings, published on August 23 in Nature Human Behaviour, could help to explain why genes that predispose people to homosexuality continue to be passed down. But other scientists question whether these data can provide definitive conclusions.

Evolutionary geneticist Brendan Zietsch at the University of Queensland in Brisbane, Australia, and his colleagues used data from the UK Biobank, the US National Longitudinal Study of Adolescent to Adult Health and the company 23andMe, based in Sunnyvale, California, which sequence genomes and use questionnaires to collect information from their participants.

The team analysed the genomes of 477,522 people who said they had had sex at least once with someone of the same sex, then compared these genomes with those of 358,426 people who said they’d only had heterosexual sex. The study looked only at biological sex, not gender, and excluded participants whose gender and sex did not match.

In earlier research, the researchers had found that people who’d had at least one same-sex partner tended to share patterns of small genetic differences scattered throughout the genome. None of these variations seemed to greatly affect sexual behaviour on its own, backing up previous research that has found no sign of a ‘gay gene’.

But the collection of variants seemed to have a small effect overall, explaining between eight per cent and 25 per cent of heritability.

Next, the researchers used a computer algorithm to simulate human evolution over 60 generations. They found that the array of genetic variations associated with same-sex behaviour would have eventually disappeared, unless it somehow helped people to survive or reproduce.

Zietsch and his team decided to test whether these genetic patterns might provide an evolutionary edge by increasing a person’s number of sexual partners. They sorted the participants who had only had heterosexual sex by the number of partners they said they had had, and found that those with numerous partners tended to share some of the markers that the team had found in people who had had a same-sex partner.

The researchers also found that people who’d had same-sex encounters shared genetic markers with people who described themselves as risk-taking and open to new experiences. And there was a small overlap between heterosexual people who had genes linked to same-sex behaviour and those whom interviewers rated as physically attractive.

Zietsch suggests that traits such as charisma and sex drive could also share genes that overlap with same-sex behaviour, but he says that those traits were not included in the data, so “we’re just guessing”.

The authors acknowledge many limitations of the study. All of the participants lived in the United Kingdom or United States, and were of European descent. And the databases’ questionnaires asked about sexual behaviour, not sexual attraction. Most of the participants were born during a time when homosexuality was either illegal or culturally taboo in their countries, so many people who were attracted to others of the same sex might never have actually acted on their attraction, and could therefore have ended up in the wrong group in the study.

Julia Monk, an ecologist and evolutionary biologist at Yale University in New Haven, Connecticut, thinks that these caveats are so important that the paper can’t draw any real conclusions about genetics and sexual orientation. Sexual behaviour and reproduction, she says, occupy a different place in modern societies than they did for human ancestors, so it’s difficult to infer their role in our evolution.

For instance, people might engage with more sexual partners now that sexually transmitted diseases can be cured. And the existence of birth control and fertility treatments negates many of the reproductive advantages that genes might provide.

“It’s clear that people’s behaviour when it comes to sex and reproduction is highly culturally informed, and maybe digging into genetics is next to impossible,” Monk says.

Qazi Rahman, a psychologist at King’s College London, thinks that the study was well-conducted, but he is sceptical of some of the conclusions. He says the data sets are too biased towards people who were willing to reveal their sexual behaviour to researchers, which could itself be considered a risky behaviour that could be reflected in the genetic data. He adds that once the data are broken down into men and women, and into those who had only had same-sex partners versus those who had encounters across sexes, the number of people in each group becomes so small that the genetic linkages are very weak.

Dean Hamer, a retired geneticist in Haleiwa, Hawaii, who published some of the first studies on the genetics of sexual orientation, is disappointed with the study. Defining sexual orientation on the basis of a single same-sex encounter is not a useful way of categorising people, he says, because many people who identify as heterosexual have experimented with a same-sex partner.

“You’re not even asking the right people the right question,” Hamer says. Instead, he thinks the researchers have found genetic markers associated with openness to new experiences, which could explain the overlap between people who have had a homosexual partner and heterosexual people who have had many partners.

Zietsch says that risk-taking can explain only part of the statistical link between markers associated with same-sex encounters and those associated with number of partners. And he admits that using a single homosexual experience as an indication of sexual orientation isn’t ideal, but says that the UK Biobank didn’t provide data on attraction.

Hamer acknowledges that linking a complex behaviour to genetics is extremely difficult, but says he is glad the team is researching sexual orientation. “It’s vastly understudied considering it’s a driving force for the human race,” he says. “It’s a good question, they just didn’t find an answer.”