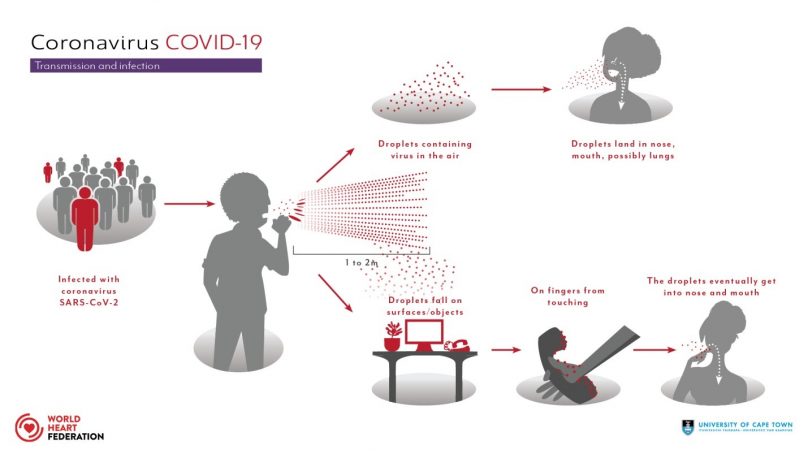 In cities worldwide, coronavirus outbreaks have been linked to restaurants, cafes and gyms. Now, a new model using mobile-phone data to map people’s movements suggests that these venues could account for most Covid-19 infections in US cities.
The model, published this week, also reveals how reducing occupancy in venues can significantly cut the number of infections.
The model “has concrete pointers as to what may be cost-effective measures to contain the spread of the disease, while at the same time, limiting the damage to the economy”, says Thiemo Fetzer, an economist at the University of Warwick in Coventry. “This is the policy sweet spot.”
To predict how people’s movements might affect viral transmission, the research team input anonymised location data from mobile-phone applications into a simple epidemiological model that estimated how quickly the disease spreads.
The location data, collected by SafeGraph, a company based in Denver, Colorado, came from 10 of the largest US cities, including Chicago, Illinois, New York, Philadelphia and Pennsylvania. It mapped how people moved in and out of 57,000 neighbourhoods to points of interest, such as restaurants, churches, gyms, hotels, car dealers and sporting-goods stores for two months starting in March.
When the team compared the model’s number of infections in Chicago neighbourhoods between March 8 and April 15 with the number of infections officially recorded in those neighbourhoods a month later, they found that the model had accurately predicted confirmed case numbers.
“We are able to faithfully estimate the contact network between 100 million people for every hour of the day. That is the secret ingredient we have,” says Leskovec.
The team then used the model to simulate different scenarios, such as reopening some venues while keeping others closed. They found that opening restaurants at full capacity led to the largest increase in infections, followed by gyms, cafes, hotels and motels. If Chicago had reopened restaurants on May 1, there would have been nearly 600,000 additional infections that month, while opening gyms would have produced 149,000 extra infections. If all venues were open, the model predicts that there would have been 3.3 million additional cases.
But capping occupancy for all venues at 30 per cent would reduce the number of additional infections to 1.1 million, the model estimated. If occupancy was capped at 20 per cent, new infections would be reduced by more than 80 per cent to about 650,000 cases.
“The study highlights how real-time big data on population mobility offers the potential to predict transmission dynamics at unprecedented levels of spatial granularity,” says Neil Ferguson, an epidemiologist at Imperial College London.
The mobility data also suggest why people from poorer neighbourhoods are more likely to get Covid-19: because they are less able to work from home and the stores they visit for essential supplies are often more crowded than in other areas. The average grocery store in poorer neighbourhoods had 59 per cent more hourly visitors per square foot, and visitors stayed on average 17 per cent longer than at stores outside those areas. Leskovec says that people living in these areas probably have limited options to visit less crowded stores and as a result, a shopping trip is twice as risky as it is for someone from a wealthier area.
But Christopher Dye, an epidemiologist at the University of Oxford, says these mobility patterns need to be validated with real-world data. “It is an epidemiological hypothesis that remains to be tested. But it is a hypothesis that is well worth testing,” he says.
Broadly speaking, Fetzer says, the modelling study corroborates much of what has been learnt from contact-tracing studies worldwide, which have identified restaurants, gyms, choir practices, nursing homes and other crowded indoor venues as locations of super-spreader events, where many people are infected at one time.
Last month, Fetzer published a report showing how a UK government programme called Eat Out to Help Out, in which restaurant meals were subsidized during August, led to a huge surge in restaurant visits and accounted for up to 17 per cent of new Covid-19 infections that month.
But restaurants might not be hotspots everywhere. Contact-tracing data from Germany has found that restaurants were not the primary source of infection in that country, says Moritz Kraemer, who models infectious diseases at the University of Oxford, UK. That might be because it can be difficult to identify the source of an infection using contact-tracing data.
Although the model’s prediction of overall infection rates in cities was validated with real-world data, Kraemer says more detailed contact-tracing data will be required to test whether the model correctly identified the actual location of infections.
Leskovec says that all models have some amount of error. But as many of its predictions align with observational data, he adds, there is no reason to think that it would not work at smaller scales.
If the model is found to accurately predict the risk of visiting specific locations, health officials could use it to fine-tune social-distancing policies, says Ferguson.